How Veterans Law is Made. 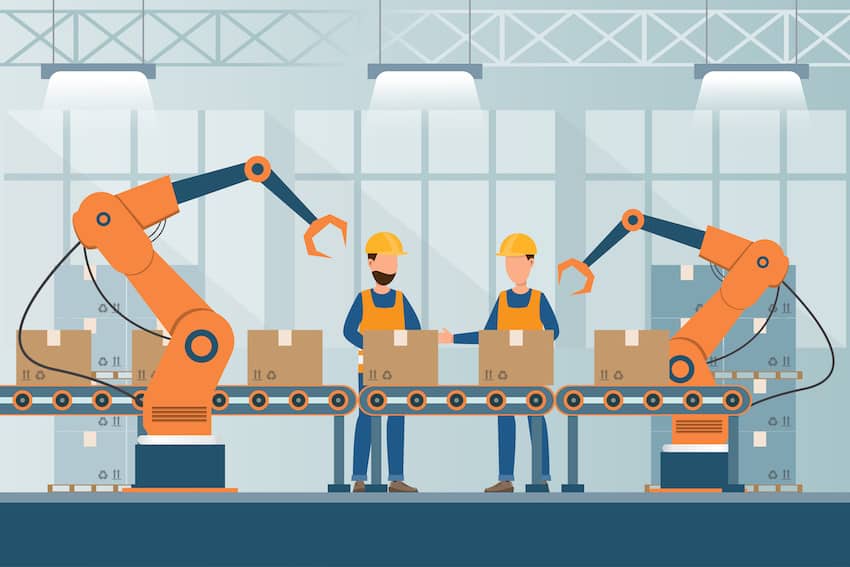 How is Veterans Law Made?

If you file a VA claim or appeal, you are bound by the law – and so, too, is the Department of Veterans Affairs (at least in theory); how, then is Veterans Law made? And, second, can this knowledge of veterans law help disabled veterans to improve and hopefully win our VA claims and appeals?

So, I’m dating myself here, but I still remember those public service videos “How a Bill Becomes Law” video when I was a kid.

Even though my grandfather was a Court Reporter in the U.S. Senate from 1954 to 1975, and even though I spent hours at his knee listening to stories about Senators and their debates for the first 13 years of my life, it’s that little cartoon that sticks in my mind when I think about how law is made.

Now, I’m not that creative. In this post, I want to give you an overview of how veterans law is made, even though it will be nowhere near as entertaining as those public service videos.

But learning how veterans law is made is critical to improving your VA claims and appeals.

Think about it – if you are going to play a game, what is the first thing you want to know?

I’d wager that anybody who wants to learn how to play a game must first learn the roles of all the “players” in the game. Rules are something we learn as we go along.

The same holds true for veterans law. If you know HOW veterans law works, you will have a strategic advantage.

Not only will you more fluidly navigate the VA claims process, but you will also find dealing with the VA – and the daily dose of nonsense they serve up – to be more manageable.

Whether you are in the Legacy or AMA systems, by learning HOW veterans law is made, you will get a view of the Big Picture of your VA claims and appeals.

So let’s dive in.

All Veterans Law begins in Congress.

The first step in creating veterans law begins in Congress. This is largely due to the separation of powers found in the US Constitution.  Each of the three branches of government has a separate and distinct role; here is the basic breakdown.

* The Executive Branch applies and enforces the law.

* The Judicial Branch interprets the law.

Until a veterans law is passed by Congress (assuming the President signs it into law or the Congress overrides the President’s veto), the other two branches have no function.

Bills proposing changes in veterans law can begin in either the US House of Representatives or the US Senate.

A veterans benefits law begins in the HVAC and SVAC, is passed for debate and vote by the full legislative body and is eventually passed into law. Remember – it takes both the House and Senate to pass a law, but the law doesn’t have any effect until the President signs the bill (or the Congress over-rides the President’s veto.

Once passed, the laws are “codified” into the United States Code – a catalog of all the current federal laws. Veterans Benefits laws are codified into Title 38 of the U.S. Code.

You’ll recognize a citation to the US Code in writing because it will – more often than not – look something like this:

So the above citation tells us that this particular law is found in Title 38, Chapter 71, Section 7104, subsection (a).

What happens, though, when Congress passes a new veterans law?

The VA is part of the Executive Branch, which you will remember has the job of implementing and enforcing the laws written by Congress.

But it’s not always that simple.

The Executive Branch cannot take action unless Congress tells it to. So what happens when Congress is vague in its law, and the VA needs more detail to implement the law, presumably fairly.

The VA will publish regulations that implement Congress’s laws. These regulations have to follow an official process required by the Administrative Procedures Act (APA). This process is known as the Notice and Comment process.

The VA must give the public notice of the regulations it plans to issue, and allow the public an opportunity to comment on those proposed regulations.

When a regulation is proposed, it is called a proposed regulation.

When a regulation is issued, after comment, it is called a final regulation.

A regulation does not go into effect until it is issued as a final rule.

There are other types of regulations.

For example, the VA’s regulation creating a presumption of service-connection for certain veterans exposed to particulate matter in the burn-pits in Southwest Asia and Afghanistan (and other places) was issued as an “interim final” rule. The VA believed this new regulation was veteran friendly and wanted to begin implementing the rule right away – so they issued it as a final rule while soliciting comments about the rule for the later “final” regulation.

Whenever the VA issues a regulation, it must attribute the authority for that regulation to a specific statute. In many cases, the VA will cite to a statute known as 38 U.S.C. §501, which gives the VA the authority to issue regulations as needed to effectuate Congress’s intent. This broad rule-making power has led to such things as TDIU – there is no statute that governs the TDIU benefit. Veterans can recover TDIU only because the VA used its general rule-making authority to issue 38 C.F.R. §4.16.

You can find regulations compiled in the US Code of Federal Regulations. The citation will look like this:

My favorite place to find both US Code and CFR provisions affecting veterans law is the Cornell Law School Legal Information Institute; you can find the table of contents to Title 38 by clicking here.

Once laws are passed by Congress and implemented by federal regulation, the VA and the BVA are required to follow the law.

The VA and the BVA (Board of Veterans Appeals) do not themselves “make” or “interpret” law. They are supposed to look at the facts and apply the law to those facts.

That’s why BVA decisions and VA Rating Decisions are not precedential. They are simply decisions applying the law to individual facts – presumably unique facts.

On occasion, patterns will emerge from BVA decisions and VA Ratings Decisions. For example, you might see that the BVA is granting service connection claims for veterans similarly situated to yourself: maybe the BVA found an exposure to Agent Orange for a veteran you served with – or near – in Korea during the Vietnam War.

In those cases, you can ask the BVA to look at those decisions and to decide yours consistent with them, but in the end, the BVA is going to do whatever the hell it wants to do – law, precedence, and simplicity be damned.

Regardless, VA Rating Decisions and BVA decisions are not veterans law. They are decisions that apply the law to the facts of a unique case.

The Veterans Court and the Federal Circuit interpret the law.

You’ll note above that the constitutional role of the judiciary is to interpret the law.

The result of that is that appellate courts – like the CAVC and the Federal Circuit – have very small windows of jurisdiction.

The Court of Appeals for Veterans Claims can only review final BVA decisions. There are unique circumstances where the CAVC can and will review a non-final BVA decision or a BVA remand, but these scenarios are really rare.

And the CAVC has jurisdiction to issue writs of mandamus and to adjudicate class actions. I’m not going to go into writs of mandamus here, or how they may be helpful in accelerating VA claims and appeals; for that information, you can read this post. And the CAVC’s jurisdiction over class actions is so new that it is hard to talk intelligently about what it is and how it works. The CAVC, just like the rest of us, are feeling our way around this new aspect of the CAVC’s authority.

The Federal Circuit’s scope of review is VERY narrow.

They effectively have only the authority to review decisions of the CAVC for legal errors, the authority to interpret Congressional statutes and VA regulations, and to address constitutional issues.

Don’t get excited about the constitutional review – courts in general are loathe to interpret the US Constitution if there is another way to decide or deny an appeal. This is one of the longest standing “first principles” in American jurisprudence: interpret the US Constitution only when there is no other basis in the law for providing relief. (I’m oversimplifying the doctrine, and doing so to make a point: winning ANYTHING at the Federal Circuit is very hard for any veteran who has not begun working with appellate attorneys at the BVA review stage of an appeal.)

One thing that is important to note – neither the Veterans Court nor the Federal Circuit can make factual inquiries. Congress denied both Courts the jurisdiction to review matters of fact. Most veterans don’t know that – and they think that the Veterans Court is like a trial court that can review and weigh evidence.

Other sources for Veterans Law.

There are other sources for veterans law than those mentioned above. But they are unusual and rarely come into play in most claims or appeals.

First, the Office of General Counsel periodically issues precedential opinions. The purpose of these memos is to provide a legal opinion that the BVA and the VA must follow.

But the Courts are not bound by OGC opinions – not the Veterans Court and not the Federal Circuit.

OGC precedential opinions typically come out when a BVA judge or other VA employee (usually the high-ranking Senior Executive Services folks) ask for an opinion.

Those opinions are published online, and you can view them here.

Though I like and enjoy working with many OGC attorneys in my client’s Court appeals, and consider a few of them my friends, as an institution spanning the decades/centuries, I hold the VA Office of General Counsel in rather low regard.

There is a legal maxim that the goal of the government attorney is not to win, but to see that justice is done. I believe that the institution of the VA Office of General Counsel has gotten that backwards.

Second, I want to tell you about the M-21 manual. I go into detail about this manual elsewhere, so I won’t hit it here. Basically, the M-21 manual is a how-to guide for the VA rater – it tells, in painstaking detail, the steps VA employees are supposed to follow when developing or deciding a claim.

The legal status of the M21 manual is murky, at best.

But it is a powerful tool in knowing how to prove and win (hopefully) your VA claims – if you know what the VA is going to do in your claim, then you can tailor your claim to present the facts and info that the VA has told its employees that it will need.

How to keep current on Veterans Law.

Subscribers to the Veterans Law Blog® get FREE access to our video course – “Important Caselaw from the Veterans Court and the Federal Circuit.”

Thanks to a partnership with the law firm of Attig | Curran | Steel, PLLC, the Veterans Law Blog® is able to offer video summaries of new precedential opinions of the Veterans Court and the Federal Circuit.

If you are a monthly or annual subscriber to the Veterans Law Blog®, click here to start following changes to Veterans Law as issued by the CAVC and Federal Circuit.

If you are not yet a subscriber, click here to learn how to subscribe on a monthly or annual basis.