Did the VA Benefit of the Doubt Rule just disappear? 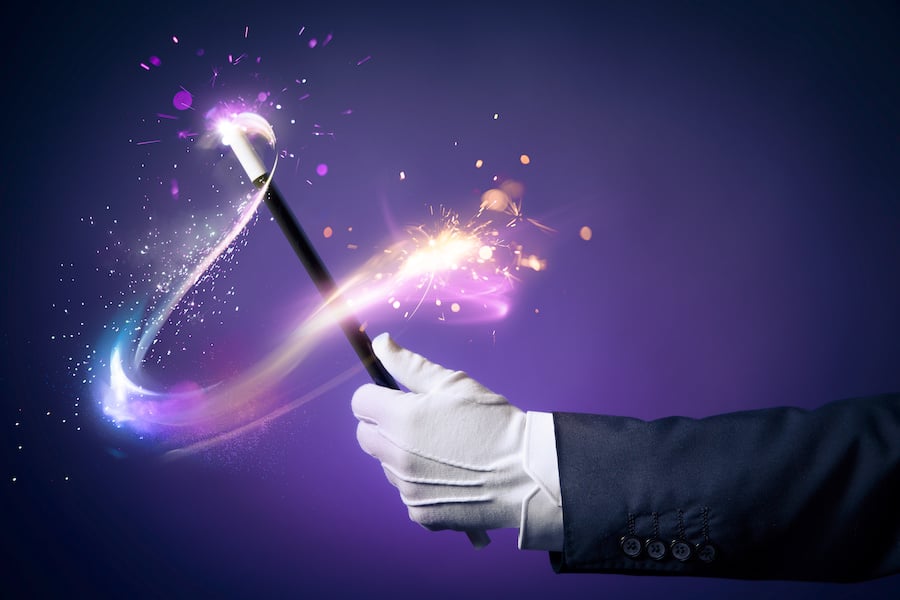 In late December 2021, the Federal Circuit issued the rare “en banc” decision, addressing the legal standard for review of the BVA’s application of the VA benefit of the doubt rule.

When a court sits “en banc,” it means that the entire court sits to hear the issue raised on appeal – and not the typical 3-judge panel.

It’s a big deal, with big implications to veterans claims up and down the VA Claims and appeals process.

The cases with “en banc” decisions carry substantial precedential value. To get an understanding of what happened in this case, we’ll look at the facts of the appeal, what the Federal Circuit decided about the benefit-of-the-doubt rule, and what is left of the rule going forward.

Facts of the Case.

The facts of this case are straightforward.

A veteran claimed service connection for PTSD, and was awarded a 30-percent impairment rating. He appealed the VA Rating Decision to the BVA, arguing that he was entitled to a rating higher than 30-percent because his PTSD symptoms were more severe.

The Board of Veterans Appeals (BVA) disagreed, finding that because the “preponderance of the evidence is against” a higher rating, Mr. Lynch was not entitled to the benefit of the doubt. It is that finding which was the catalyst for appeal.

The actual VA benefit of the doubt rule says this:

The Secretary shall consider all information and lay and medical evidence of record in a case before the Secretary with respect to benefits under laws administered by the Secretary. When there is an approximate balance of positive and negative evidence regarding any issue material to the determination of a matter, the Secretary shall give the benefit of the doubt to the claimant.

Mr. Lynch argued to the Federal Circuit that the BVA’s understanding of the VA benefit of the doubt rule – that it does not apply when the preponderance of the evidence is against the claim – contradicts Congress’s definition of when the rule applies, namely, “[w]hen there is an approximate balance of positive and negative evidence” regarding any issue in a claim.

At first blush, this case seems to be “splitting hairs,” trying to clarify what is the difference between a “preponderance of the evidence against the claim” and an “approximate balance of positive and negative evidence.”

But after diving into the Federal Circuit’s decision, there is much more going on here.

What the Federal Circuit said about the VA Benefit of the Doubt Rule?

From the outset, this is a rare decision of sorts – because it has application and implication in both the Legacy and AMA appeals processes.

It’s exactly what the Federal Circuit said in Ortiz.

When faced with a challenge to that rule – there are a lot of times when a certain set of facts are in approximate balance for and against an issue even when the evidence preponderates for or against a claim – some pundits in the veterans law community are quietly whispering off-the-record that the Federal Circuit engaged in legal sleight of hand.

Next, the Circuit said that it was ditching the “preponderance of the evidence” rule in favor of the “approximate balance” rule listed in 38 U.S.C. §5107.

Hold on to your seats.

The Federal Circuit then added that “evidence is not in ‘approximate balance’ or ‘nearly equal’ and therefore the benefit-of-the-doubt rule does not apply, when the evidence persuasively favors one side or the other.”

Nothing. Nothing at all.

How does a veteran know, then, if the evidence was in “approximate balance” for and against their claim, but that the BVA was persuaded by the evidence to go against the claim?

That is the million dollar question.

You don’t. You will never know.

The BVA will never say that.

I challenge you to find me a BVA decision where the BVA judge says “The evidence here is too close to call, but I’m persuaded to go against the claim.” (or words to that effect). That decision doesn’t exist. It cannot exist and will not exist because if the BVA says the evidence is too close to call – the evidence is in approximate balance for and against the claim – the veteran is supposed to get the benefit of that doubt.

“As the court maintains Ortiz’s analytical framework, we must be vigilant against the possibility that “close cases” may evade review. Where the evidence is close, but the Department of Veterans Affairs (VA) ultimately determines that the evidence “persuasively” forecloses a veteran’s claim, the VA can make its determination without explaining that the case was in fact a close call. Put differently, if the VA internally recognizes the evidence is close but finds in the end that the evidence “persuasively” precludes the veteran’s claim, the VA does not need to disclose that the evidence may have been “close.” There is no requirement to do so, and the majority opinion does nothing to change this. This shields such determinations from meaningful appellate review under §5107. This outcome disincentivizes the agency from fulfilling its duty to provide an adequate administrative record in certain cases and thus hinders appellate review. See In re Sang Su Lee, 277 F.3d 1338, 1342 (Fed. Cir. 2002) (“For judicial review to be meaningfully achieved . . . , the agency tribunal must present a full and reasoned explanation of its decision. The agency tribunal must set forth its findings and the grounds thereof, as supported by the agency record, and explain its application of the law to the found facts.”). In my view, the VA should be motivated, if not required, to include a statement and explanation in cases where it concludes the evidence is not in approximate balance but thought the case a close call. I would favor such a requirement to ensure that the question of whether the evidence is in approximate balance under §5107(b) is meaningfully subject to appellate review in all cases.”

What is left of the VA Benefit of the Doubt rule?

I am going to go a step farther than the dissent and say that the Federal Circuit has not merely disincentivized the agency from providing reasoning that allows the Court to review benefit of the doubt determinations.

In my opinion, the Federal Circuit has just put a stake in the heart of the benefit of the doubt rule. Let’s unpack that in the context of the facts before the Veterans Court in Lynch.

Yet the Veterans Court still affirmed the BVA, on the grounds that “overall, [the BVA] considered all evidence of record concerning the appellant’s PTSD symptoms.”  The Veterans Court did not explain how the BVA considered the “overall” evidence while not addressing conflicting evidence, and failing to focus on the symptom-centric approach to psych ratings.

Given the balance of the facts – conflicting evidence of the severity of symptoms – the BVA should have, under the Circuit’s new formulation, explained how the evidence was “too close to call” and explained why it was persuaded by the facts against the claim instead of applying the benefit of the doubt rule.

Why would the BVA do that, when the Veterans Court affirms sloppy reasoning by saying the BVA erred, overlooked symptoms and conflicting evidence, but hit the proverbial high notes when deciding against the claim?

How can a veteran argue in favor of application of the Benefit of the Doubt rule, when the only standard for reviewing its application is a reviewing Court’s “feeling” that overall things turned out as they should?

And what evidence can a veteran send it to the VA or BVA to prove that they are entitled to the benefit of the doubt?

These questions remain open – and even though Congress wanted a system for veterans benefits to be easy and non-adversarial, this decision is another reminder of the reality that the VA and courts can’t help but add obstacle after obstacle to achieving Congress’s goal. Said another way – the VA claims and appeals process is impenetrably hard for most veterans; this decision injects steroids into that experience.

I’ll be keeping an eye on this issue – but I suspect that we have just witnessed the passing of the “benefit of the doubt” rule in veterans law.

May it rest in peace?

At the Federal Circuit:

Link to Decision on Federal Circuit Court of Appeals Website.

CAVC Judge: Judge Mary J. Schoelen (link to bio on website for US Court of Appeals for Veterans Claims)

Attorney for the BVA: Christina Quant (Link to Bio on LinkedIn)