Making the Sausage: Here’s what you need to know about new VA Claims regulations. 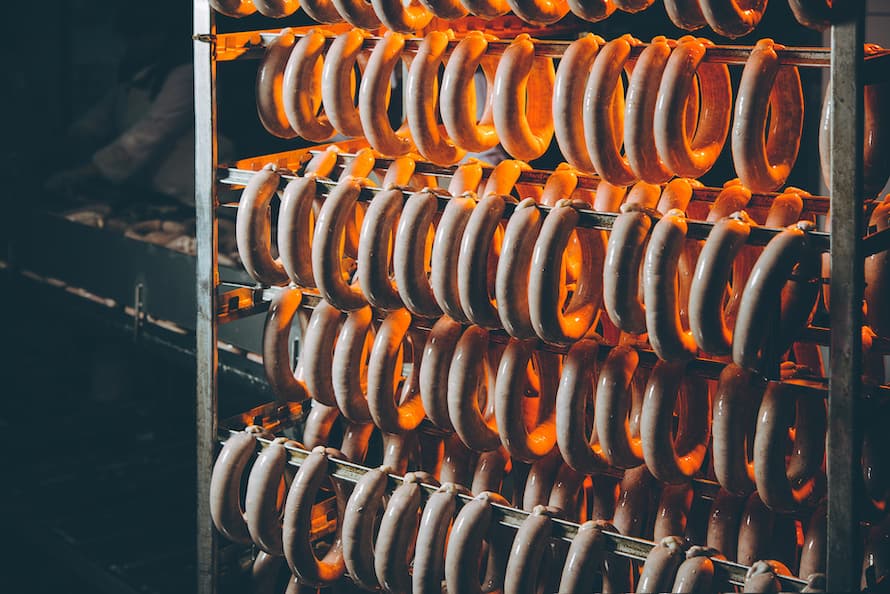 The past 3 months have seen a flurry of VA proposals to revise the VA Schedule of Rating Disabilities (VASRD).

This has reached a climax in the avalanche of VA claims regulations proposing new rating criteria for many conditions, including but certainly not limited to hearing loss, tinnitus, sleep apnea, and psychiatric claims.

According to the VA, their motivation in publishing these new VA Claims regulations is to ensure veterans are more fully compensated for their disabilities. Insert eye-roll here.

I often taught my kids not to get in the mind of “crazy” so we will just move on from that speculation. No good comes of trying to get into the VA’s collective “brain.”

I will be going into depth on the new regs when they are published, and may preview a couple of them.

For now, I want to do two things.

First, I want to educate you on how this process for publishing new VA Claims regulations works.

So many vets – and so many VA disability attorneys and advocates – do not understand the process by which the rating regulations are developed. As a result, veterans and advocates are misinformed, and misjudge not just the VA’s motive and the problems within the VA, but also how to more effectively advocate for their own or their client’s interests.

Learning the law is a critical step in improving your VA claim and your clients’ VA claims and appeals.

Second, I want to answer a question that has been buzzing around veterans circles – how can I lock in the better ratings before the VA starts adjusting everything downwards in these new VA Claims regulations?

Let’s start at the beginning.

How Congress Intended the VA to Develop a Schedule of Ratings of Disabilities.

So there are two parts to the VA disability compensation rating system – and I do not often talk of these two parts because they are incredibly complex to understand, and understanding this particular jargon typically adds no value to the average veteran trying to prove up their own benefits.

I will start talking about these two components – not in this post, however – as we move forward.

For now, it is enough to think of the upstream elements as the “qualification” phase of the claim – using those words very loosely and very generically. The elements of service connection (in-service event, current disability, and nexus) are the primary “upstream” elements.  Don’t confuse what I loosely call “qualifications” for the very important legal proof that you are eligible to claim veterans disability compensation in the first place.

Congress wanted the VA to have a great deal of autonomy in drafting the impairment rating regulations and the downstream processing of service-connected conditions. In 38 U.S.C. §1155, Congress gave the VA the authority to create the VASRD – the VA Schedule of Rating Disabilities. Here’s what Congress wrote:

“The Secretary shall adopt and apply a schedule of ratings of reductions in earning capacity from specific injuries or combination of injuries. The ratings shall be based, as far as practicable, upon the average impairments of earning capacity resulting from such injuries in civil occupations. The schedule shall be constructed so as to provide ten grades of disability and no more, upon which payments of compensation shall be based, namely, 10 percent, 20 percent, 30 percent, 40 percent, 50 percent, 60 percent, 70 percent, 80 percent, 90 percent, and total, 100 percent. The Secretary shall from time to time readjust this schedule of ratings in accordance with experience. However, in no event shall such a readjustment in the rating schedule cause a veteran’s disability rating in effect on the effective date of the readjustment to be reduced unless an improvement in the veteran’s disability is shown to have occurred.

A key takeaways there:

Think about that as you look at any VA claims regulations.

How does a particular rating % relate to the “average impairment of earning capacity” in a “civil occupation”? How does that look?

I skimmed through the regulations the other day when I get bored (and the power went out) and I bet it could be easily argued that half of the VA’s regulations for impairment ratings in the VASRD are driven more by  the severity of the disease than by the “average impairments of earning capacity … in civil occupations.”

The process by which law is made has become incredibly complicated. It is not made any easier by those voices in our community who prattle on about “deep states” and “conspiracies” and other such nonsense.

I don’t plan to go into the whole “legislative / regulatory process” but you should know the basics – not just for your VA claim, not just as an advocate, but as an American. Hopefully we are all working to understand how our government works before barking about how it needs to change.

When Congress writes a law that governs VA benefits, it is invariably telling the VA it has to “enforce” that law.

The VA can’t just collectively show up at the office on Monday and starting doing whatever Congress said. Nor could they if they wanted to – Congress writes laws broadly, leaving detailed steps to effectuate the law up to the various government agencies. It is in those agencies that steps need to be taken to ensure that action on that law is fair, efficient, cost-effective, etc.

The most common steps are the “Notice & Comment” provisions of various federal rule-making statutes.

Second, the VA must allow at least 30 days after publication of the new VA claims regulation so that the public has the opportunity to submit  data, views, arguments, etc., regarding the proposed rule. Sometimes, the VA can enact rules without a comment period, but we are not going to get into that can of worms here in this post.

Third, the VA must consider all relevant matter presented in the comments, and they must respond in some form to all comments. The VA isn’t required to take action based on the comments before publishing the new VA Claims regulations – the need only consider it and respond to it.

Unless the comments are so powerful that they stop the rule-making process in its tracks, typically the VA will publish its final findings along with the rule, which is then codified in Title 38 of the Code of Federal Regulations (38 C.F.R.)

Once the VA publishes the new VA Claims regulation, there are generally two ways to challenge the rule.

First, you can file suit in the US Court of Appeals for the Federal Circuit challenging a VA regulation directly – and you have (I believe this is correct, but always double check your statute of limitations) 6 years from the date of the rule effective date to file such a  lawsuit. I have been involved in these types of lawsuits, and I promise you: it is almost always best to work with other organizations to bring the challenge as a unified whole than to risk having one rogue veteran or advocate file a challenge that lacks in any sort of coherent legal thought.

The Fed Circuit is very distant from the veterans claims it oversees, and very out of touch with the system it is meant to protect; but the judges who sit on that Court are hyper-intelligent, and they do no have much patience for soap-boxing or unanalyzed / untested reasoning. If you are interested in challenging a VA Regulation, I encourage you to reach out to organizations like NOVA and NVLSP and others so that they can marshal the resources (financial and legal) that are needed to (hopefully) win that fight.

Second, anytime a VA Claims regulation comes into play in your appeal, you can challenge it on an “as-applied” basis.

This basically means that while the regulation may, on its face, not seem problematic, it works some form of injustice on you. I’m purposefully using “loosey-goosey” language here, but if you have any questions as to whether a particular VA regulation was properly applied to the facts of your case, you’re going to want to seek out an attorney who has experience challenging not just bad BVA decisions, but also improperly applied laws or regulations.

Which Rating Criteria Apply in my Case?

So now we are at the point in our discussion where we turn from the general to the personal.

And this is where it starts to get really confusing for veterans and their survivors. If the old regs are being revised, and new ones are being published, which apply to my claim?

Well, there are two things we need to know to answer that question.

First, has the regulation gone into effect yet?

This is an important fact: if the regulations were not yet in effect when you filed an original claim, supplemental claim, or an appeal involving the new ratings regulations, then the old ones are still current law and only they may be applied.

Second, where in the process is your claim or appeal?

If you have not filed a claim, or if your prior claim was denied and not timely appealed (or a deadline was missed somewhere in the appeal period), then it is likely that when you file a claim – either a new service connection claim or a claim to increase your rating – the new regulations will apply.

On one hand, Congress was pretty clear in its instructions nearly in 1958:

Until recently, I think it was safe to say that the case law is clear that VA regulations do not apply retroactively unless the VA intended the regulation to be retroactive.

At least this has been the law for almost 20 years. You can read about it in these two cases, if you like:

There are two reasons I think the Veterans Court may revisit this standard: 1) there has been a major change in the statutory basis for VA claims and appeals processing in AMA, and 2) the current makeup of the Veterans Court has shown itself to be very willing to issue advisory opinions, and interpret statutes for seemingly no reason at all.

If the regulation expressly speaks to the temporal reach, then, as a practical matter, the Veterans Court will likely apply the statute retroactively if the VA proves it intended its own regulation to apply retroactively.

Can I lock in better ratings before the VA starts reducing ratings?

So this is a bit of an uncertain question.

On one hand, if you file a claim for service connection, or an increased rating claim, for one of the conditions affected by a proposed new VA rule or regulation, it may be worth getting that claim filed before the VA publishes the final regulation.

Generally speaking, and do NOT take this as any sort of legal advice – you have 30 days from the deadline to file comments has passed; that is because the VA is unlikely to implement the new regulations before that date. They can do it, they have done it, and they may well do it in the future. So take that for what it is worth – just as an assessment of how the VA seem to have been doing things in the past.

On the other hand, can you file an “intent to file” now, and fulfill it with a new claim within the next year?

Will that be sufficient to protect you from the retroactive application of new (and less generous) rating regulations?

There is no clear case law on this point, so it is a risk. It doesn’t hurt to try, but the safest bet is to get the new claim (or the increased rating claim) filed BEFORE the VA publishes the new proposed rule / regulation.

Please don’t post questions about the substance of specific regulations – but if you have comments about how the process works, or about how new regulations affect VA claims in general, please share them in the comments below.