Learn about the different types of VA claims under the AMA. 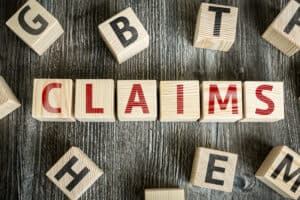 A veteran was once able to file different types of VA claims in the legacy claims and appeals system, and they generally fit into two categories.

A second category included claims for benefits that veterans called claims but that were really something else. A TDIU claim was and is  a claim for increased rating based on unemployability. A reconsidered claim never existed. And a CUE claim was not a claim but instead a request to revise a prior VA or BVA decision based on clear and unmistakeable error.

By contrast, the AMA – the VA’s new Modernized Appeal process – is more straightforward, as it provides for only two types of VA claims: initial claims and supplemental claims. However, the AMA also defines some claims by their procedural posture, which we will discuss a little more below.

What is a VA claim under the AMA?

The AMA distinguishes between two types of VA claims: initial and supplemental. We must read the VA’s general definition of a claim from the Code of Federal Regulations to understand the nature of those types of VA claims.

The general definition of a claim under the AMA is found in 38 C.F.R. §3.1(p). A claim is a written or electronic communication that requests a determination of entitlement, or evidences a belief in entitlement, to specific benefits administered by the VA, submitted on a claim form prescribed by the VA.

There are four critical elements in that definition.

The VA requires a written communication to constitute a claim.

2) Requesting or evidencing a belief in entitlement.

For years, the VA has demanded that a written communication must demonstrate “intent” to qualify as a claim.

Section 3.1(p) might be read to require evidence of a belief in entitlement and not a demonstration of intent to file a claim for a specific benefit. The difference may be subtle, but I believe the phrasing of §3.1(p) may be an issue in litigation down the road that seeks to look, backwards, to determine whether a claim was implied or reasonably encompassed in another claim.

Again, in my opinion, more superfluous language. Since every claim must be on a form prescribed by the VA, and since every VA claim form has a clearly delineated purpose (claim for TDIU on VA Form 21-8940, claim for disability compensation on VA Form 21-526, claim for DIC on VA Form 21-534, etc) then what else does the VA want, here?

For example, if I submit VA Form 21-8940 and file a VA claim for increased rating based on TDIU, haven’t I already specified the benefit that I’m seeking?

What the VA is doing here, I think, is trying to communicate that they want veterans to be more specific in their claims and appeals filings.

This speaks for itself. The VA has moved to a form based claim system. If it’s not given to the VA on a form, then they probably won’t act on it.

And, where it used to be that veterans could submit all sorts of claims (claims for increase specifically comes to mind) on a VA form 21-4138, notice here that the regulatory language requires a claim to be on a claim form – which VA Form 21-4138 is most assuredly not.  Another reason to ditch that useless VA form.

I mention this as a caution – spend a little bit of time before you file anything with the VA to find out whether there is a specific form they want used. And if so, use it.

“An initial claim is a complete claim, other than a supplemental claim, for a benefit on a form prescribed by the Secretary.” 38 C.F.R. §3.1(p)(1).

An original claim is the first initial claim for any benefit from the VA. Think of it as “first contact” with the VA disability compensation system.

An initial claim occurs when a veteran has already filed an original claim, and wants to now file a claim for a different benefit or different condition that has not previously been adjudicated by the VA.

A claim for increased rating – increase in a disability rating based on a change, usually worsening, of a condition since the VA last addressed the benefit –  is also an initial claim.

In a nutshell, it’s a claim that you file where an initial, or another supplemental, claim has already been decided and you, the veteran, want to have another go at the claim.

To prove a supplemental claim in this scenario, you will want new and relevant evidence to accompany your claim.

There is not a whole lot of case law about what “new and relevant” means or how it will eventually be interpreted by the Veterans Court or the Federal Circuit. It is supposed to mean the same as the “new and material” standard for reopening a legacy claim. If it is supposed to be interpreted that way, then why wouldn’t you use the phrase you want the judges to apply. Nevertheless, “new and material” evidence covers a much broader range of evidence than evidence that is “new and relevant.”

I have a fear that the VA put this language into the C.F.R. for the AMA as a sort of “poison pill,” to allow the VA to slash the number of supplemental claims based on a finding that the veteran claimant did not provide new and relevant evidence. You can learn a little more about what the legal terms “relevant” and “material” mean by clicking here.

Second, you can use a supplemental claim to seek an increase an impairment rating (this includes TDIU, although you still have to include the VA Form 21-8940)

This is not dissimilar from the old increased rating claims under the legacy appeals system.

Here are two important facts about Supplemental Claims, although I will be writing more about supplemental claims in the future:

1) With regard to either use of the supplemental claim, there is no timing requiring.

If you file the supplemental claim within one year of the VA Rating Decision that previously denied another claim for the same benefit, then your effective date is the claim date underlying the previous denial. (It could be earlier than that if you are able to use alternative effective date tools). This idea of filing within the one year of a rating decision allows a veteran to “continuously pursue” their VA claim without losing their effective date.

Other types of VA “claims” in the AMA system.

These types of VA claims are not so much different claims for different benefits. They are instead classifications of different claims by their procedural posture within the VA. And the “complete claim” is what a claimant must file with the VA when seeking any benefit.

Original Claim. This is the first claim for any benefit with the VA.

Pending Claim. This is a claim that has been filed and is awaiting a decision. Often referred to as an “open and pending” claim, and finding one is a great way to push for an earlier effective date for any given condition.

Finally Adjudicated claim. This type of claim has already been decided by the VA, and the time to appeal has passed, without an appeal.

And an AMA claim become “finally adjudicated” when the one year period to file a review option under 38 C.F.R. §3.2500 has passed.

Complete Claim. When filing any type of VA claim, you must file a complete claim. Here are the things that need to be in a complete VA claim:

You can learn more about these different procedural posture for the different types of VA claims at 38 C.F.R. §3.160.

Let me know what questions you have about the different types of VA claims in the comments.