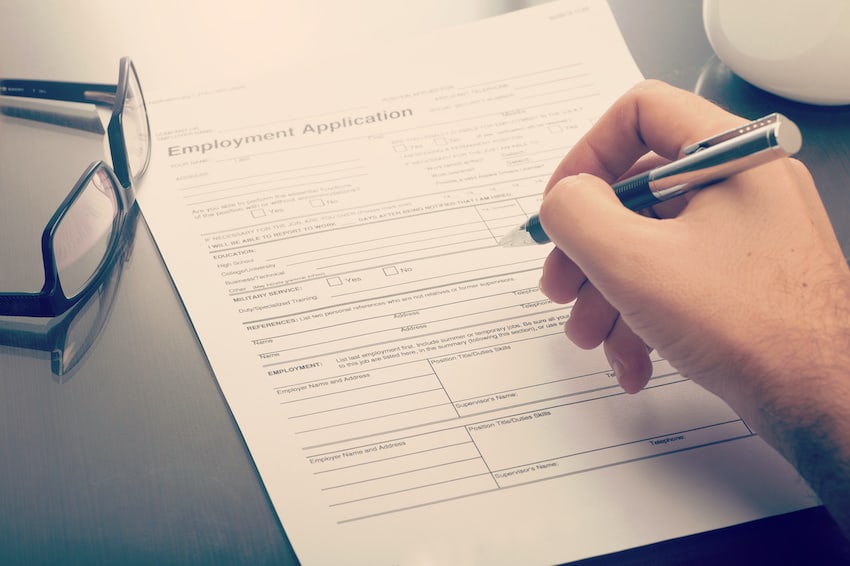 I’ve seen veterans lose their TDIU Claim just because they didn’t fill out and submit VA Form 21-8940.  Imagine that – losing your case because of a piece of paper.

Here’s how the scenario usually plays out.

The Veteran calls or emails – tells me that they haven’t worked in several years because of their service connected disabilities.

They may also tell me that they are receiving Social Security Disability for the same service-connected injuries.

With all of that information, I suspect that the VA should have granted TDIU pretty quickly (quick for the VA at least). I’ll ask to take a look at the Ratings Decision…..and then it all makes sense.

I see the words which give me clarity….”your claim for TDIU is administratively denied.”

I want you to be cautious when the VA grants your TDIU, though.

Because the VA is an Award-Winning producer of “red-tape”, they will try to play a trick on you using this Administrative Denial loophole and deprive you of what may be tens or hundreds of thousands of dollars of past due.

And the VA’s trickery all stems around the effective date for a TDIU claim.

Sometimes, they overlook the fact that you have filed VA Form 21-8940 a half dozen times in the past 5 years.

This happened to a client of mine – he’s claimed TDIU no less than 10 times in 8 years, sent in 10 copies of the VA Form, and the VA was still administratively denying his claim.

When they finally granted him TDIU, they used the most recent filing of the VA Form 21-8940 as the Effective Date.

Sometimes, even after you file theVA Form 21-8940, the VA will assign the Effective date of the compensation as the date that the VA received VA Form 21-8940.

Here’s how a TDIU Claim Effective Date Should Be Handled by the VA.

First, we have the VA TDIU Field Manual, which is available FREE to subscribers of the Veterans Law Blog®. Simply visit the “Downloads tab” from your account page, and you will have access to all of our VA Field Manuals. Click here to become a subscriber today.

Second, we are working on a VA TDIU video training course. Again, this course is available FREE to subscribers of the Veterans Law Blog®. Simply visit the “Courses tab” from your account page, and you will have access to all of our VA claims training courses.Click here to become a subscriber today.

Now, on to the nitty-gritty. A TDIU claim’s effective date should be the later of the date that the claim is received or the date the entitlement arose. Sounds easy enough, yes?

The VA has published an Unemployability Training Letter (TL07-01E) for its employees handling TDIU claims that makes it seem equally easy. It states:

1) A formal claim for TDIU can be “any written communication indicating that the veteran is unable to work because of his or her service-connected disability(ies).”

The TDIU training letter lists 3 situations where a claim can be made for TDIU, only one of which includes the filing of the VA Form 21-8940.

2) In the course of a formal or informal claim for an increased rating, the veteran alleges that he or she is unemployable or VA receives evidence of unemployability;

3) In the course of developing a claim for an increased rating, VA obtains evidence of unemployability and VA grants the veteran a rating that makes the veteran eligible for IU.

In the end, the effective date for your VA TDIU claim is going to turn on when the “entitlement arose,” and that will (in my opinion) invariably be the first claim in which you raised “cogent evidence” of unemployability.

That phrase – “cogent evidence of unemployability” –  is a vague term that the CAVC has not yet interpreted in a precedential decision. And it requires the VA to take a much broader look at what constitutes a claim for TDIU.

For these reasons, it is always best to follow the Golden Rule: File now, fight later.  File the VA Form 21-8940 as soon as the VA asks for it.

Then, if the VA tries to establish your TDIU Effective Date as of the date of the filing of that Form, be aware that you may be eligible for a much earlier effective date based on the information in the Training Letter published above.

When should a veteran submit a VA form 21-8940?
You should submit the VA Individual Unemployability form 21-8940 at the very moment that you think a service connected condition, or condition that you are trying to service connect, is playing a role in your ability to get and keep substantially gainful activity.

Will the VA grant TDIU without me having to fill out a VA form 21-8940?
It’s possible. It’s also possible that the Astros will win every World Series from this year until, well, forever.

Don’t try to count on “possibilities.” Almost every veteran eligible for TDIU will be administratively denied if they did not file a VA Individual Unemployability form 21-8940.

How long does a VA TDIU claim take?
A VA TDIU claim can be over in weeks, or it can take years. I’ve often said that we should approach our VA Claims with the idea that we are going to recover the compensation we are due, rather than try to get our benefits in the fastest time possible. Haste makes waste and, even more than that, the longer you pursue a VA claim or appeal, the greater your likelihood of winning.

Will filing a VA Form 21-8940 to claim TDIU affect my SSDI claim?
It shouldn’t. If you submit your TDIU form 21-8940 it should not affect your SSDI claim. Veterans can get both TDIU from the VA and SSDI from the Social Security Administration at the same time. However, these are two distinct types of disability compensation claims, before different federal gov’t agencies, each with their own rules, processes, forms, and controlling law.

Do I need to put specific language in my VA TDIU claim forms?
This is a really big question, with a really long answer.  The short answer is yes, you need to fill out the form carefully.  For example,  there is special language that I think the veteran needs to include in their VA Form 21-8940. I include – and explain – this language in the Veterans Law Blog® training program: “How to File a VA Claim.” This information will also appear in the VA TDIU Video Training Course.

Do I need a TDIU expert opinion?

Maybe. Every claim is different, and so it’s hard to say “yes” or “no.” I’d like you to learn a little more about what a TDIU expert does, and how to go about getting one if you are interested. Click here to watch my interview with TDIU expert Patrick Clifford.

Both video courses are available FREE to all subscribers to the Veterans Law Blog®. Click here to become a subscriber today.