Some “cues” from the Veterans Court on VA Cue Claims. 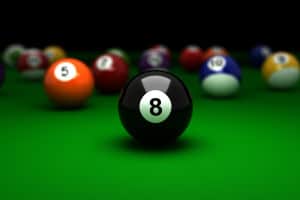 Before I get going in today’s post, I want to ask you to do something.

Close your eyes and think back to the days before cell phones of any kind.  Before we had cordless phones.  Remember what your daily life was like without a phone in your pocket.

How did you go grocery shopping without being able to text your spouse whether they wanted Size 4 or Size 5 diapers for the baby.

How did you call your kids one last time from the airport before you jumped on that plane to go TDY to Germany for 90 days?

How did you get answers to your questions without being able to hop on a computer on your smart phone and google the answer?

It’s REALLY hard to remember that, isn’t it?  I mean, many of us can probably remember that there was such a time, but we hardly remember what it was like to live the mundane pieces of our day to day life in that time.

Now….hold that feeling….it has everything in the world to do with CUE….

What are VA CUE Claims?

CUE claims are the hardest of all the VA Claims.  Despite this, they are the plan of first resort for many Veterans.  Every week – sometimes every day – I hear things like this:

“I’m not going to file an appeal, Chris…I’ve got 2 CUEs going and if I win those, I’ll get all my past-due.”

“No need to file a Notice of Disagreement and appeal….just file a CUE”

There are several different types of VA CUE claims…here are 3 of the more, ummm, popular:

What each of these VA CUE claims have in common is that it is a way to “fix” an error in a prior ratings decision when there is no other opportunity to appeal.

My belief – after looking at thousands of Veterans C-Files over the years – is that Veterans (and occasionally their advocates) are too quick to whip out a CUE claim.

The CUE claim is that claim of last resort – it is your “forlorn hope“….your “Hail Mary”…your “buzzer beater”.

The Veterans Court recently gave us some “cues” about VA CUE Claims.

I am going to use a recent case – a single Judge decision from Judge Pietsch in the Sutton v. McDonald case (decision issued May 27, 2015) – to illustrate why VA CUE Claims are so hard.

The facts of the case are pretty straightforward – at least for our purposes here.

The Veteran served from 1971 to 1974.  While in the service, he was diagnosed with a mental health condition that was then known as a “passive aggressive personality.”

He filed a VA claim in 1975, and was denied.  As was common in those days, the VA said that this mental health condition was a “constitutional…abnormality”, and not a “disability under the law”.

Believe it or not, we still hear that sort of thing today.  The docs just say it a little bit different.

For the next 30 years, the Veteran filed claims to reopen.  And finally, in 2008, a VA doctor recognized that this Vet’s mental health condition wasn’t a weakness in character but Schizophrenia (paranoid type), with roots in the Veteran’s active duty service.  (Yes, there are good VA Docs out there.)

The Regional Office reopened the mental health claim, granted benefits, but only awarded an effective date for the recent reopened claim.

His theory: since the 1975 ratings decision denying him service connection was based on an incorrect diagnosis, that ratings decision contains Clear and Unmistakeable Error – CUE –  and the Veteran is entitled to the earlier effective date.

No, says the Court – that’s not what VA CUE Claims are.

Interestingly, the Court affirmed the BVA denial of the Veteran’s CUE claim, but vacated the decision and remanded it anyway.  Why would the Court do that if the BVA was right? Because the Court was perplexed by a 1992 claim that was referenced in the file – for which there was no evidence of adjudication.  If that is true – if the Veteran’s 1992 claim was never adjudicated, it would still be open and pending and entitle the Veteran, possibly, to that earlier effective date.

3 Things we Learn About CUE from the Veterans’ Courts Decision.

I think there are 3 key takeaway points from this decision:

1) To win a CUE claim, you have to overcome 3 nearly impossible hurdles.

Let’s look at those one by one.

First, you have to show error.  There are 2 ways to show error in a CUE claim.  Factual error or legal error.

The (theoretically) “easy” way is to show that the laws or regulations in effect at the time were incorrectly applied.

The ‘harder’ way is to show that the correct facts – as they were known at the time – were not before the adjudicator. To do this analysis, you have to do some serious mental gymnastics.

One way to do this is to step back in time – put yourself in the shoes of the rater 20 or 30 years ago, block all knowledge of the future, facts that become more clear in the future, or anything that happened after that decision.

Remember how hard it was to physically/mentally experience your daily life before cell phones?

That’s how hard it is to look at “factual error” CUE claims – it’s virtually impossible to put yourself in the shoes of the rater at the time and say that he or she was undebatably wrong.

Which is why I think the standard for CUE is a significant anomaly in a statutory paternalistic “non-adversarial” claims process like the Title 38 Claims process.  Nobody has yet to give me a reason why, in a CUE analysis, we wouldn’t  put ourselves in the shoes of the Veteran given the benefits systems is  supposed to protect THEM, not the Raters, and given that it is easier for a camel to pass through the eye of a needled than for the average Veteran – or lawyer or VSO or judge – to understand and grasp the VA Bureaucracy.

But let’s say you make it past that first step – demonstrating a factual or legal error.

The Second element you need to show is that error is “undebatable”.

Especially when all the people hanging out at the party are lawyers, nothing is undebatable.  In fact, someone is going to try to debate me on that statement.

But let’s say that you clear the first 2 guantlets – you show that there was a factual or legal error. You’ve convinced the Court that you have undebatable error. What’s next?

You get the pleasure of proving that the outcome would have been different but for the error.

So now, after proving that the impossible is undebatable, you have to show what “might have been”?

My grandmother had a saying about this sort of thing. She used to say “If ‘ifs’ and ‘buts’ were candies and nuts…oh what a party we’d have”. Her point was (I think) that trying to figure out what might have happened – or what might happen – is a delusion, a fantasy.  Maybe she just liked rhymes.

Point is, it’s easier to prove the existence of alien life than it is to prove CUE in a Veteran’s claim.

2) Why file VA  CUE Claims when there is another path to victory?

When it comes to VA CUE Claims, you only get one bite at the apple.  One CUE per decision.  And a good bit of “CUE” has been subsumed by prior final BVA decisions in many cases.

I prefer to exhaust every other approach before filing VA CUE Claims.  If you really think you have CUE, hold it in reserve.  It’s your last gasp.  Your final hoorah.

Don’t piss it away when you have other options to explore.

Let’s look what happened in Sutton – the Veterans Court affirmed the BVAs denial of CUE.

But then the Court did something interesting.  It vacated the BVA decision and remanded it for a wholly separate – potential – error.

The Court spotted a 1992 claim for the mental health condition that the VA clearly acknowledged with a “here’s what you need to send us letter” contemporaneous to that claim.   Because of the limited record before the Court, they had no idea whether that claim was ever decided – finally adjudicated – by the VA.

It’s quite possible that there was a pending claim in this Veteran’s file and, if so, then he stands a damn good chance of getting the earlier effective date back to that pending claim.

Takeaway point:  When you first get your C-File –  or the RBA in a Veteran’s Court case – study the Order of Pleadings.

What is the Order of Pleadings?

It’s what I use to refer to the typical structure of a VA claim/appeal.

And stay tuned – I have bonus content coming soon for Annual Subscribers that is going to teach you the Order of Pleadings and how you can spot gaps in the adjudication of your claims by studying the OOP in your case.

3) An Idea for Future CUE Claims?

One of the arguments in this case was whether the diagnosis of “passive aggressive personality” in the 1970s – or the ROs decision in the 1970s – were based on the incorrect facts at that time.

The Appellant, in fact, argues that incidents in-service gave hints that he had a schizophrenia type condition and that if true, the VA diagnosis and the decision on which it relied were rooted in clear and unmistakeable error.

The Court explained the intellectual challenge in looking at the facts as they were known in the late 1970s – the difficulty in setting aside the current knowledge that the Veteran DID have schizophrenia and that it WAS rooted in military service.

The Court grapples with how to look at a past claim with modern knowledge that taints the analysis.

And says this:  “Hints of schizophrenia only become evident in those [30 year old] documents when they are read in light of the April 2008 examiner’s opinion.”

The Court provided no citation to the diagnostic criteria of schizophrenia now or in the 1970s.

It provided no citation to the diagnostic criteria for “passive aggressive personality” now or in the 1970s.

My immediate question when I read this statement was “How could the Court possibly know what “hints of schizophrenia” are without some evidence in the record to point them out?”

Most lawyers, I suspect, would expect to see a citation to the historical diagnostic criteria if they were in the record.  I pulled the DSM-II criteria for schizophrenia – these were in effect until 1968-1980.

I’m not going to cite them here – but do a little digging.  Compare the facts of Mr. Sutton’s mental health condition as described in the briefs before the Court to the DSM-II criteria for schizophrenia.

I don’t know if one would ever successful argue that the examiner undebatably erred in his passive aggressive personality diagnosis based on the facts he knew at the time, but I do know this:

If you are trying to use CUE to challenge a doctor’s misdiagnosis, comparing the symptoms known at the time to the diagnostic criteria known at the time and arguing that they were clearly in error might well be the best shot you have of proving CUE.