Filing VA PTSD disability after discharge? One Vet thinks you are a “mooching faker”! 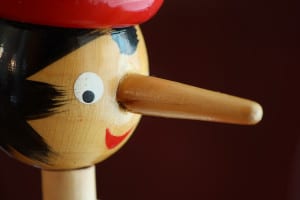 I read a post online the other day from another Veteran who felt compelled to perpetuate a few myths about PTSD.

We are going to break those myths wide open, below.

But first, here’s his full quote from Google+:

“If you had ptsd when u were discharged u should not have to worry… your medical records would show it and if it doesn’t then u obviously don’t have service connected PTSD, this … is a fakers way to keep the VA backlog huge and screw over those of us who really need it…

…It took me five years of fighting with the VA mostly due to the fact that soldiers who didn’t do shit but want to get paid and it is disgusting and implorable in every sense of the word… And I am an 11B and I have 80% service connected w/ PTSD and other injuries. And all I needed was my medical records.  Don’t be a mooching faker.”

I don’t believe in putting someone down for being wrong, and its much easier to fix “bad information” – all we have to do is supply good information:  education and information are truly the source of power.

I’d really love to sit this young man and have him explain his “you can’t be diagnosed with PTSD years later” theory to the wives of the dozens of Vietnam Veterans that I have represented.

I’d love to show him PTSD through their eyes – 2o or 30 years or more of avoidance behaviors, anger, abuse of alcohol/drugs, etc.

Do you think face-to-face education like that  would do the trick?

Either way, let’s tackle 5 Myths about Post-Traumatic Stress Disorder (aka, PTSD or PTS).

Myth #1.  You’re a mooching faker if PTSD is not diagnosed while you are in the service.

I don’t really know what a “mooching faker” is.

But I think that anyone who implies that a Veteran is lying because his/her PTSD was diagnosed years – or decades – after the traumatic event is about as full of s**t as they come.

Many times, to continue to function in battle, soldier sailor or airman will suppress memories of a certain incident.   They might mentally tell themselves: “I have to stay alive, I will deal with this later.”

Some don’t deal with it later. Some self-medicate with drugs or alcohol.

Some veterans may be in denial about the possibility that they might have PTSD – thanks in large part to the nonsense spread by other soldiers.

Regardless of the cause, PTSD is often not diagnosed for years – sometimes  decades – after the traumatic condition.

I know a Vietnam era Veteran whose first exposure to combat as an 18 year old kid was a game of hot-potato with the severed hand of a Vietcong prisoner.  He pushed that event – and the subsequent year of hostility – deep into his subconscious.

When he returned from Vietnam, he spent 20 years rambling around the country, shooting up heroin and trying to avoid dealing with what he saw. Fortunately, he cleaned up, and is doing very well – but only because of  a diagnosis of Post-Traumatic Stress Disorder, group therapy through the VA (and other places), and the support of his family and friends.

Unfortunately, even people with large audiences spread such myths.

In an otherwise exceptional and gripping interview, Sebastian Junger (director of the military documentary Restrepo) went off on a tangent – under the guise of a journalist reporting “facts” – and proceeded to accuse some Veterans with PTSD of dishonesty, cheating the system because the VA let them “self-diagnose” with PTSD just to get a disability check.

(I’m paraphrasing – take a listen to the podcast yourself, the offensive and flat out untruthful part begins at Minute 107)

If someone tells you that you are a “mooching faker” because you were diagnosed with PTSD years, or decades, after service, or because you didn’t have to prove your medical condition to the VA, tell them to call me.

I’d be happy to set them straight. That includes you, Mr. Junger.

By the way, to counter all the nonsense that is out there for Veterans, here is a great place to start walking  through the 4 Focus Areas of a VA PTSD Disability claim or appeal.

You’ll also want to learn my 8 Steps to improving your VA Claim or Appeal .

A diagnosis of PTSD does not mean that a person is insane crazy or a lunatic. This is part of the overall social stigma of mental health.

People that are diagnosed with post-traumatic stress disorder have a number of different symptoms – they manifest in different ways for each and every person.

I think that the reason people think the PTSD victim is  “crazy” is because the behaviors that protect the person are as extraordinary as the trauma that caused them.

Category 1: Reliving the Trauma (flashbacks, racing heart, sweating, bad dreams, frightening thoughts). This will cause problems in the everyday life of the trauma victim.  Words, objects, situations, smells, sounds – or inexplicable sensations – can trigger the “reliving experience”. It can paralyze the victim.

Category 2: Avoidance Symptoms (avoiding the people, places and things that serve as a reminder of the experience, emotional numbness, strong guilt, depression, worry, loss of interest in previously enjoyable activities, memory problems).  I know one soldier that suffers from PTSD – he never leaves his house.  He’s too scared that something out there may trigger a flashback and cause him to hurt someone else.

Myth #3: If you were mentally Tougher you would not get PTSD.

This one drives me batty, every time I hear it.

Disappointingly, I hear it most often from  members of the Special Operations community – a study that suggests that special operations soldiers are “hyper-resilient” to stress has been twisted into the belief that operators are immune to PTSD.

Resilience is not the same as resistance.

We can all help debunk this particular myth by making sure that others know that it is acceptable and right to get help if you are suffering from Post Traumatic Stress Disorder.

If 13 years of war does one good thing, I hope it is that it removes the stigma associated with mental health treatment – forever.

What do you think causes Veterans to believe that PTSD is the result of not being mentally tough?

Myth #4: If you were not in combat you can’t get PTSD.

Post Traumatic Stress Disorder is not a condition unique to combat veterans.

Any number of incidents can cause PTSD.

I represent one Veteran who has PTSD from an incident when she was stationed overseas and her command wouldn’t let her leave to attend to a custody suit back in the states that her husband had filed.

She lost her children in that custody suit, and was forever traumatized by it.

Myth #5: Nobody can help you with your PTSD.

There are certain factors that help folks to cope and live with PTSD.  Some of these factors include:

Many people cannot get to the place where the believe these so-called “Resilience” factors without help.

But you can’t get help until you ask.

This post isn’t meant to be a resource list, but you should start with the VA – its where you will find other Vets who are dealing with the same things you are getting treatment.

There is a fear that all the VA will do is drug you up to treat your PTSD.

You can refuse medication, and you should get informed consent about medications.  Ask around and see what kind of experience others had with medication.  Talk to your doctor about your concerns.

Ask for other treatment options.

Find a doctor or psychologist or therapist that gets results – not one that you like, or that looks like you, or that talks like you.  One that gets you results.

If you are suicidal, or contemplating suicide, call the VA Hotline.

It works. If it doesn’t, call the Suicide Prevention Hotline.

Don’t give up until you find the path out of the darkness.