Corroborating the Stressor in a PTSD VA Disability claim. 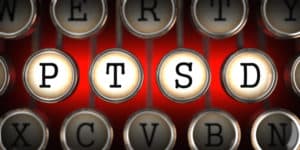 The VA has – through its rules and regulations – created a bit of a bottleneck when it comes to PTSD VA disability service connection claims.

The bottleneck is nothing unusual to Veterans – but for those suffering from PTSD, the complexity of a PTSD VA Disability claim can be overwhelming.

So what I tell my lawyers and case developers at my law firm – and Veterans – to maintain a focus on the “Big 4” elements in a PTSD VA Disability claim.

In this post I want to talk to you about the first of the Big 4 PTSD Elements: the PTSD Stressor.

What is a PTSD Stressor?

Post-Traumatic Stress is, very generally stated, the body’s response to an event that threatens a person’s physical integrity or puts them in fear of loss of life.

This event is the Stressor event.

Generally speaking, to support a diagnosis of PTSD, a stressor event will need to include some “actual or threatened death or serious injury, or a threat to one’s own physical being.”

You can be the sole witness of a stressor event, or there could be a group of people.  You can be the “victim” or “target”  – but you could also be the witness.

In military service, there are any number of stressor events, generally categorized into Combat Stressors, and non-combat Stressors.

Here are some examples of non-combat stressors: getting raped, witnessing a rape, natural disaster, serious car accidents, training accidents/injuries and deaths, falling from cliffs, parachute not opening in airborne school, working in a poly-trauma unit or a burn care center….you get the idea.

There are millions of events that can cause PTSD – in fact, I would argue that every life event can be a PTSD Stressor.

If that’s true, you might ask, wouldn’t we ALL have PTSD?

No…because every life event is not a PTSD Stressor for every single person.

We are all unique individuals with different reactions to stressful situations.  Not every combat event causes PTSD in every soldier.

I’m sure you’ve heard this one:  Special Forces soldiers have a special resilience and don’t often get diagnosed with PTSD.  (That’s a crock of BS if you ask me …. take a look at this article from early 2014.

The Severity of the Stressor in a PTSD VA Disability Claim is SUBJECTIVE.

A few years ago, I was driving home from the airport after a BVA Hearing.

I stopped at a red light outside the airport, with one car ahead of me.  As the light turned green, the driver ahead of me pulled into the intersection.

I watched the car in front of me get  tossed in the air roll over in air and crash back to the ground, killing the  driver instantly.  The whole thing happened in vivid slow-motion detail, and even now, 6 years later, I can still recall every second like it was yesterday.

Now, I was never diagnosed with Post-Traumatic Stress as a result of that incident – although it forever changed the way I drive a car.

Think that is a sufficient stressor event for  a PTSD diagnosis?

You bet it is.

Some people can watch the same incident and have very different reactions.

After the accident I described above, the police arrived and made all of us witnesses stand in a segregated area until they could come and talk to us.

One witness needed to be given oxygen and taken to the hospital in an ambulance –  she went into shock after seeing someone die.   One of the guys next to me could not stop throwing up.  I was fixated on the driver’s broken glasses, which lay on the ground 10 feet from me.

All of us had very different reactions.

That is an important point.

The severity of the stressor is SUBJECTIVE.  That means it is not something other people can observe.

Sure, I could observe all of the different reactions of the witnesses I described above, but how on earth would I know which one felt in fear for their own life or physical safety?

Here’s how that relates to VA PTSD Claims:

And THAT is the most crucial thing to remember in corroborating the stressor in a PTSD VA disability claim – you need to put 5-Star evidence into your claim (lay or medical or both) that shows the C&P Examiner and rater that YOU were in fear of death or loss of physical integrity after the incident.

Some  (but not all) of you are getting denied for service-connection of PTSD (or getting really low ratings) because you don’t tell the C&P Examiner – or diagnosing physician – exactly how bad this is affecting you.

I’ve seen it a thousand times in VA C-Files I’ve reviewed.  I see it almost every time I prep a Veteran for a PTSD C&P Exam: I have to remind Veterans to tell exactly how bad it is for you.

DO NOT down-play, or minimize,  the pain that event caused you.

If you do, the VA Examiner will likely change your diagnosis or maybe recommend denial of your PTSD VA disability claim.

Now is the time to tell it like it is.

Veterans Must Corroborate the Stressor in a PTSD VA Disability Claim.

As I mentioned, the severity of the PTSD stressor event is subjective.

As a result, the law requires that Veterans corroborate the stressor event.  That’s not a medical requirement  – it’s a legal requirement.

Can’t blame the VA on this one, either.  This one is on Congress.

I guess Congress thinks  soldiers are all a bunch of liars pretending they saw or experienced something horrible in the military, and pretending to be unable to sleep, focus, think, breathe, leave the house, trust people, love people, work or have meaningful personal relationships gaming the system to get a couple hundred bucks a month.

Who the hell knows — frankly, who the hell cares what Congress thinks?  The least wealthy one of them is worth $12.1 million dollars – do you really think that they have a connection with reality?

The bottom line – most Veterans claiming service connection for PTSD will have to corroborate their stressor.

How to Corroborate your PTSD Stressor.

How you corroborate your PTSD stressor depends on what type of stressor event you claim – and I recommend you claim as many as possible.

Mention every horrible life-threatening experience you had in the military.   Every experience that put you in fear for your life.

Now is  not the time to play “tough battle-hardened soldier” or hide behind the “thousand-mile stare”.

Here are some different corroboration scenarios:

Diagnosed in  service with PTSD?

You do not need to corroborate the stressor event.

Did the stressor event occur while in direct engagement in combat with the enemy?

And remember, according to old men in black robes and powdered wigs – friendly fire incidents are not combat.

Is the stressor related to fear of hostile military or terrorist activity?

A VA psychiatrist or psychologist will need to confirm that your claimed stressor is sufficient to support a diagnosis of PTSD.

And remember – rape in the military is not “terrorist activity”.

All other PTSD stressors.

You will need to corroborate the stressor event.

Currently, the VA only accepts medical evidence from a VA doctor to corroborate a non-combat stressor.

If you have a decision from the Board of Veterans Appeals denying you service connection for PTSD because the only stressor evidence you have was a private doctor or lay evidence, contact an attorney with experience handling appeals at the Court of Appeals for Veteran Claims

If you are a veteran struggling with PTSD recovery, I want to share one last thing….

Check out this podcast: PTSD Bunker Gear for your Brain.

It’s produced by a fire-fighter and he talks with the perspective of a seasoned professional – his short, 15 minute no B.S. talks on his 3x weekly podcast have been really helpful for me every week lately.

He focuses on an approach to thinking and acting that is perfect for folks like you and I who believe that PTSD is the real deal and nothing to screw around with, but need not hogtie us for life.

If you get there and like his podcast, tell him Chris Attig at the VeteransLawBlog.org sent ya’.