Can the VA Docs CHANGE your diagnosis in a VA Compensation and Pension Exam? 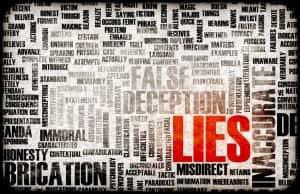 One day, you have a diagnosis of PTSD.  Straight up Post-Traumatic Stress Disorder from the nightmarish hell you lived through in Vietnam.

You go in to the VA Medical Center for a C&P Exam and …. voila…..you are cured.

Not because you are actually cured, mind you.

But “cured” because the VA Compensation and Pension Examiner re-diagnosed your medical condition as a personality disorder.

This sort of nonsense happens all the time.  Its time that Veterans knew exactly how to deal with the C&P examiner that changes their diagnosis.

First, What is a VA Compensation and Pension Exam?

The C&P Exam – aka the Compensation and Pension exam, or the “Comp and Pen” exam – is part of the VA’s Duty to Assist.

In certain situations, the VA is required to assist the Veteran in applying for VA Benefits by sending a Veteran to a VA Doctor to get one or more of the following:

a) a diagnosis of a condition,

b) an evaluation of the relationship (nexus) of the condition to military service, and/or

c) an evaluation to determine the Veteran’s current impairment rating.

Last week, I reviewed a Veteran’s claim for PTSD – this was an older case, and so the rules for the PTSD case at the time is different than it is now.

This young gentleman went off to Vietnam at an all-too-young age, and was immediately subjected to  the horrors that the Vietnam War is known for.

He returned with PTSD and a substance abuse problem (although, God forbid the VA should have recognized that when he first applied for benefits in 1976.)

In 1992, he finally started to come to grips with his experiences in Vietnam, and sobered up.

Since that time, the Veteran had a clear history diagnosing (and treating) PTSD in at least 2-3 VA Medical Centers and Outpatient Clinics.

Each time the Veteran sought disability compensation for his PTSD, though, the VA denied his claim for combat-related PTSD.

Nevertheless, he continued treatment through the VA.

[I am sure that the Veteran was relieved to hear that his nightly-recurring nightmares about the Vietnam War have nothing to do with combat, and everything to do with the substances he hasn’t abused in over 18 years.]

But we can gripe and complain about the VA, or we can take action to keep our claims from getting any more screwed up than the VA has already made them.

What can you Do When this Happens in Your VA Compensation and Pension Exam?

#1: File a Notice of Disagreement:

The first thing he can do is to file a Notice of Disagreement (NOD), and request a DRO Review.

When filing a NOD under these facts, the Veteran should be sure to point out that a VA C&P Examiner may not change a treating physician’s mental health diagnosis without following strict requirements.

Here is the passage from 38 C.F.R. §4.125(b), which lays out the elements for a changed mental health diagnosis:

“38 C.F.R. § 4.125(b)   Diagnosis of mental disorders. If the diagnosis of a mental disorder is changed, the rating agency shall determine whether the new diagnosis represents progression of the prior diagnosis, correction of an error in the prior diagnosis, or development of a new and separate condition. If it is not clear from the available records what the change of diagnosis represents, the rating agency shall return the report to the examiner for a determination.”

In the NOD, the Veteran should also raise a very specific challenge to the credentials, qualifications of the C&P Examiner, and the methodology of the VA Exam.

Follow this link….in the linked post I share some very specific language that I think every Veteran appealing a bad C&P Exam outcome should include in their NOD … AND …. in their VA Form 9.

#2: Talk to a VA Accredited Attorney.

The second thing the Veteran can do is to talk to an attorney with experience handling Veteran’s claims for disability compensation.

Every time the VA does this, they are playing a game – Veterans should read the “changed diagnosis” in the VA C&P exam as underhanded game playing by the VBA, and bring in the “big guns” to start fixing the situation.

What the VA is doing, not so subtly, in the above case is trying to re-cast the Veteran’s combat related PTSD from Vietnam into a pre-military drug abuse problem.

For whatever reason, the VA sees any mention of drugs or alcohol, and they seem to automatically deny the claim….forgetting, despite all the Veterans that have died from drug and alcohol abuse over the last 21 Centuries, that alcohol and drugs are common PTSD “coping mechanisms”.

God help you if you smoked in the military.  Even if you lost your leg on a Claymore, the VA is going to find a way to blame the amputation on smoking.

The third thing he might consider doing is take the C&P Examiner’s “opinion” to his treating doctors (or, better yet, an Independent Medical Examiner) and ask them to comment in writing on the Examiner’s changed diagnosis.

Lastly, the Veteran might consider securing an Independent Medical Exam to substantiate the diagnosis of PTSD, and to show that the substance abuse problems were the result of (or better said, a way of dealing with) the PTSD and combat experiences, and not an independent n0n-military related problem with symptoms correlating to PTSD.

Whatever you do, take action – there is no scenario that I can think of where the VA has changed a diagnosis in a C&P Exam to HELP a Veteran.  And, as explained above, it’s wholly inappropriate.

Has a VA Doctor ever changed your medical diagnosis in a 15 minute C&P Exam? Tell me about it in the comments below.