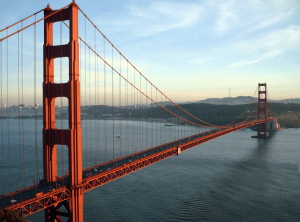 Most Veterans think of VA Service Connection as a single element – nexus.

In reality, its more like a bridge.  A bridge connects 2 pieces of terrain. Without a bridge, the land on either side of the bridge would be, well, unimportant.

It’s not enough, though, to just tell the VA that your current medical condition is related to military service.

In fact, the “lion’s share”  of  VA Claims and Appeals I have seen denied were denied due to a failure – or a lack – of adequate PROOF.

I want to teach you how to change your experience with the VA Claims Process.

I want to teach you my “8 Steps” to improve your own VA claim.

But, to Change the Way you experience the VA Claims process, you are going to have to change the way you think about your VA claim.

Where does Service Connection fit into the 4 Pillars of a VA Claim?

Here on the Veterans Law Blog, I  often talk about the 4 Pillars of a VA Claim.

Pillar 1:  Are you an eligible Veteran?

Pillar 2:  Service-Connection is more than you think

Pillar 3:  Take the mystery out of Impairment Ratings.

Pillar 4:  Did you get the earliest Effective Date?

When it comes to Pillar 2, I have seen far too many Veterans focus hard on just one element: the element of Nexus.

In fact, there are 5 Paths to proving the element of “Nexus” and I teach you the 5 Paths – stripped of all legalese – in my eBook “5 Paths to Service Connection”.

There are actually three (3)  elements to Pillar 2 (Service Connection).

#1:  Do you have a currently diagnosed medical condition?

Far too many Veterans fail to prove that they have been diagnosed with an actual condition.

I have read through hundreds – if not thousands – of VA C-Files, and often see Veterans that fail to provide the VA with a copy of their medical diagnosis.

One Veteran had been battling the VA for YEARS in his claim – when we told him that all the VA needed was proof that he was actually diagnosed with diabetes (and not pre-diabetic, as the VA thought), his battle for benefits was over in just a few weeks.

#2:  Can you prove an event occurred during your military service?

Merely telling the VA that something happened is not enough.  You have to prove it.

By adding enough 5-Star Evidence into your C-File, you are going to have to establish that the in-service event occurred.

It’s not enough to say – as so many Veterans do – that they hurt their back lifting artillery rounds.

Or that they blew out a knee running 12 miles in jungle boots with an 80 pound ruck (Ever done that?  It sucks, doesn’t it!).

You will need enough 5-Star Evidence to prove the incident occurred.

Nexus is not cause and effect.

Many Vets think it is.  The VA often thinks it is.

Nexus simply means that there is a relationship between your in-service event and the currently diagnosed medical condition.  A bridge, if you want to think of it that way.

A bridge that connects 2 pieces of “terrain”: an incident in-service and a current disability, condition, illness, etc.

Do you know all 5 Paths to building this bridge?