3 Ways to Win at a VA DRO Review Hearing. 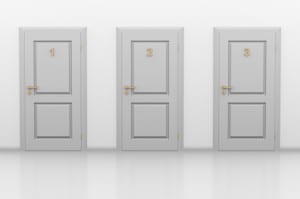 So you got your VA Ratings Decision and filed your appeal – by filing a Notice of Disagreement and a DRO Review Hearing request.

You might have even watched this Video Walkthrough of a Notice of Disagreement – the only one of its kind on the internet.

Smart move by the way – other Veterans are being tricked by VSOs into “requesting reconsideration” – there is no such process, and it only causes the Veteran to lose a lot of money and past-due benefits.

Quick Reminder on what  DRO Review Is.

A DRO Review is a “de novo” (Latin for “from the beginning”) review of your case by a Senior VA Rater – called a Decision Review Officer.

Often, if you request when you file your Notice of Disagreement (NOD), the VA Regional Office will schedule a DRO Hearing.

Technically, there are DRO Conferences (informal phone calls with the DRO) and DRO Hearings (formal recorded hearings at the VA Regional Office).

What I want to tell you about today is the idea that there are 3 Favorable Outcomes for a Veteran from a DRO Conference.

Most folks think there is only one.  I’m going to teach you how that’s not true.

3 Things You Want Out of a DRO Review.

#1: Grant of the Benefits you seek.

This is the obvious favorable outcome. The VA DRO Review concludes that the initial rater erred and that you are entitled to a full grant of all the VA Benefits you seek.

Just beware – Veterans and the VA have very different ideas about what is a “full grant”.  Veterans think a “full grant” is everything that they asked for.  The VA thinks a “Full Grant” is whatever they decided, regardless what the Veteran claimed.

I’ll let you guess who is right.

The VA use of the “Full Grant of Benefits” language in just about every DRO Ratings Decision that includes a grant of some benefits is misleading, at best.

The second favorable outcome is a continued denial of the benefits sought – through the issuance of the Statement of Case (SOC).

Why is this favorable, you ask?  After all, you were denied.

The only time you know for absolute certain that your C File is on a Rater’s desk is when you receive a decision letter from them.

So, if you get a Statement of Case (SOC) from the VA, you know that they have your C-File on their desk – if you can turn around and submit the VA Form 9 directly to the DRO, you stand a pretty good chance of shaving 1-2 years off the time you have to wait for a BVA Hearing.

The average wait time for BVA hearings after submission of the VA Form 9 is 2 years and 3 months… if you can cut that time down by having the DRO commit to issuing a Statement of Case within 30 days of the DRO hearing, you can help to shave a bit of the wait time off your appeal.

The third favorable outcome of a VA DRO Review is to get the DRO to agree to schedule a Compensation and Pension exam.

Why is this a favorable outcome?

Because you want the VA to go “on the record” first with a Medical Opinion letter….if it’s adverse, you can get a private medical opinion to counter the VA C&P exam opinion.

Then they are “trapped” – if they get a second opinion to counter your expert, they are committing an error known as “Development to Deny”.

Here’s the Key to a VA DRO Review.

Know what outcome you want – going into the DRO Review.

Choose whether you want Option #1, Option #2, or Option #3, and then build your case and arguments accordingly.

Read how one Veteran did that in this DRO Review Case Study.

This Veteran first found out at the VA DRO Review that the VA DRO did not think his claimed condition was “on appeal”.

But he had a strategy going into the DRO Review, and handled the situation gracefully and really helped his claim out – even though he wasn’t expecting what he ran into.

His approach is equally applicable to other Veterans seeking a VA DRO Review.