Don’t Confuse the VA Duty to Assist With Actual Assistance. 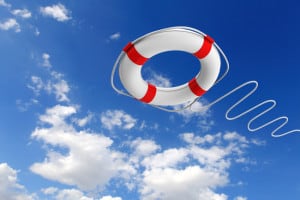 If I had a nickel for every Vet who said the following words – or words to this effect – I’d have a truck full of nickels.

“I filed my claim 18 months ago, and I still haven’t received my Duty to Assist Letter”.

When I hear a Vet tell me that, I know that I am talking to someone that has not – yet – figured out how much power we have in our VA Claims.

A lot of folks will tell you that we don’t have control over the VA Claims Process. That we are prisoners of the Hamster Wheel.

I refuse to accept that notion. Frankly, I refuse to even acknowledge it.

When I started learning how to practice Veterans Benefits law, I looked through a LOT of C-Files.

I’m talking thousands. Anytime you look at thousands of something, you get a quick eye for spotting patterns.

I still look at C-Files every week – but I’m looking for much different things these days.

It became clear that Veterans owned much more of the VA claims timeline than we previously thought.

I noticed that – to a shocking degree of consistency – the Veterans that did nothing in their VA Claim until they received the VA Duty to Assist letter spent on average 2 more YEARS before their claims were rated.  And over half of those claims were partially rated (meaning the VA missed something they should have caught).

But here’s what else I noticed.  Veterans that provide more fully proved-up claims – earlier in the claims process – were getting decisions in less than a year.

And the ratings were, more often than not, evaluated more thoroughly.

So on my list of 10 ways I could shorten the timeline for Veterans, this one was near the top:

Don’t Confuse the Duty to Assist with Actual Assistance.  Do it yourself.

What is the Duty to Assist?

The Duty to Assist is a law based on a fiction. The fiction is that the VA Benefits Claims process is non-adversarial.

I have gone up against the USPS for postal workers who suffered discrimination, and the FAA for air traffic controllers wrongly fired – those Federal Agencies are notorious for fighting tooth and nail to the last breath.

And dealing with those hostile agencies was FAR less adversarial than the VA Claims Process.

The VA walls itself off from direct contact with Veterans. They communicate anonymously by mail.  Scandal after scandal rocks the VA. They don’t understand the medicine.  Many times they will delay until you die.  They bully and intimidate Veterans. They steal their money and give it to strangers.  They reduce your benefits in retaliation for ANYTHING that  upsets them.   They make absurd arguments at the Court just to prolong the possibility of having to pay what they owe.

This is the most adversarial system I’ve EVER seen.

But from the fiction of a non-adversarial system, a law was born.

In 2000 – in what might have been the last law that Congress ever passed – the Veterans Claims Assistance Act went into effect.

Among many other things – including relegating the notion of a “well-grounded claim” to the trash pile – this law laid out the Duties that the VA has to a Veteran:

Now, “Duty” is a pretty strong word in the law.

When we talk about a lawyer having a Duty of Loyalty to their client, or the Corporate officers Duty of Good Faith and Fair Dealing to their corporation, we are talking about things that go beyond “having a responsibility”.

Did  you know lawyers have a Duty of Loyalty to their Clients? VSOs damn sure don’t.

We are talking about a legal obligation.  Obligations aren’t optional.

Point is, “Duty” is not a word that is loosely tossed about in the law.  It’s serious business. Saying somebody violated a legal duty is akin to taking the lord’s name in vain in front of your preacher.  Or cussing in front of your Mom like you do in the barracks.

Except in Veterans Law.  In this area of law, the Duty to Assist is broken, repeatedly, every day.

In fact, the only way I remember that the VA Duty to Assist exists is from observing its violation and not its enforcement.

When you Should Not Care about the Duty to Assist

Please don’t be the Veteran that files your original claim and then sits at “FOB Living Room” waiting on the Duty to Assist letter.

This is the easiest way to guarantee you add YEARS to your claim.

Here’s a story for you.

In fact, I made a commitment to experience the VA Claims Process like the average Veteran, so I could know what it felt like at each stage of the process.

I waited 18 months for the Duty to Assist letter.  I waited 3 years – I think it was actually closer to 4 – for the issuance of the Statement of the Case.

In those 9 years I have:

I’ve built a law firm and trained at least a half dozen attorneys how to represent Veterans.

And in that time….what happened to my claim from 2007?

I had the BVA Hearing in February 2015.  8 Years to get a hearing…and we are approaching 2 years without a BVA Decision.

I have never seen a Ratings Decision – an initial or a DRO Decision – where the VA contemplated the importance of the Duty to Assist or concluded that they had violated it.

And I daresay, we never will see one.

So why even assert the argument at the lower levels of the Claims Process?

It doesn’t benefit your claim, it doesn’t hurt your claim to not raise it, and you shave 1-2 years off your wait time by using that time to develop your own 5-Star evidence and filing your own VA Claim – the right way, the first time.

When you Should Start to Care about the Duty to Assist

The real power of the VA Duty to Assist is its “Revers-ative” power.  (Yes, I just invented that word).

What I mean is that pointing the BVA – or more commonly the Veterans Court –  to a Duty to Assist error can reverse the closure of the record, allowing evidence to come in to fix the claim’s errors once and for all.

So the remedy for a violation of the Duty to Assist can only ever be the reopening of the record to allow in evidence – or the opportunity to present evidence – that would have come in before the record closed, but for the error.

In my opinion, the level of the VA Claims Process where you will first experience the consequences of a Duty to Assist violation are at the BVA.

It is the BVA Judge’s decision, and his or her decision alone, which “closes the record in a Veteran’s claim – at least as to the particular claims and conditions at issue.

Many of us have dual or triple-tracked claims and appeals that remain “open” until the BVA Judge issues the record-closing decision).

A Ratings Decision does not close the record.   You have 1 year to appeal it, and if you submit evidence that is relevant and material to the missing elements of your claim in that year, the decision is rendered non-final and the record stays open.

A Statement of the Case does not close the record.

Heck, you can file evidence in your appeal to the BVA all the way up to the minute the Judge licks the proverbial stamp on the envelope containing the decision.

The only person that can effectively close the record for a particular claim or appeal is the BVA Judge.

There is one TINY little back-door into the record at the CAVC. It’s the Doctrine of Constructive Inclusion, and I’ll write about it someday.

So I don’t typically start thinking about whether I’m going to advance a Duty to Assist error argument until we file the VA Form 9.

That’s when a VA Duty to Assist error has REAL teeth.  It’s still one of the leading ways that Veterans are able to get the record reopened through a remand by the Court of Appeals for Veterans Claims.

Don’t bother talking to the DRO or Raters at the VA about the Duty to Assist.  It’s a waste of time.

The crappy VA employees will never acknowledge the duties, and the good employees will be insulted as they are typically the only people actually assisting the Vet.

Time in a VA Claim is a precious commodity.  You are up against 2 clocks – the worsening of your condition and the “end-of-the-show” timer that we all face one day.

Don’t squander the time worrying about whether the VA is going to assist you.

Learn how to file a VA claim, develop the evidence yourself, and cut through the red tape.