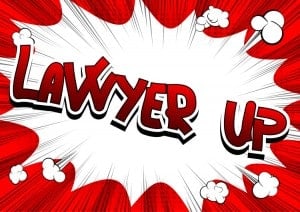 There are phrases in the law that are just so vague and subjective as to defy any real objective meaning.  As a VA Benefits lawyer, I probably see more than most other attorneys – the VA Claims process is built on vagueness and ambiguity.

Here are a couple of my favorites:

1) In most states, the state cannot convict an accused criminal unless they prove – beyond a reasonable doubt – the elements of a crime.  But here’s the question: what is a “reasonable doubt”?

2) Most states have a standard in family law cases involving children – the court is to decide the outcome that is in the “best interests of the children”.  But because most cases involve 2 parents disputing what is “best”, how do you fairly define what the word “best” means?

3) In Veterans law, there is this phrase used at the Court of Appeals for Veterans Claims to help the Court evaluate when a BVA decision should be vacated: if the BVA decision doesn’t provide “adequate reasons and bases” for its conclusion, remand or reversal is an appropriate outcome.

But who gets to define what is “adequate”?

In any one of those situations, I would strongly advise an individual to find an attorney to help them argue how the facts fit into the legal standard.

Especially when it comes to appealing to the Court of Appeals for Veterans Claims, you are going to want a VA Benefits Lawyer to help you make your arguments to the Court.

Why is it Important for a VA Benefits Lawyer to argue that the BVA decision lacked Adequate Reasons and Bases?

For the answer to that question, let’s do a little math.

In Fiscal Year 2013, according to the CAVC Annual Report, approximately 300 Veterans each month filed an appeal to the Court of Appeals for Veterans Claims.

Again, relying on the Court’s Annual Report and a representative sampling of the decisions from the Court’s docket sheets, just about 50% of those appeals had one thing in common:

Part of the reason that over half of the appeals to the Court were sent back to the BVA was that the decision – the BVA decision denying the Veteran benefits – lacked “adequate reasons and bases”.

Very few of the cases where the BVA decision was vacated – and remanded – due to inadequacy of the BVA analysis were by a pro-se petitioner.

Most of the times that I saw a BVA decision vacated and remanded due to a lack of adequate reasons and bases in the decision, there was a VA Benefits attorney involved in the case.

This is NOT to say that pro-se petitioners are not smart enough to make the arguments.

No, the problem isn’t that a pro-se Veteran can’t MAKE the argument to the Court without a VA Disability lawyer – some of you write better and more persuasively than me!

The problem is typically that most pro-se Veterans don’t spot the legal issue in the first place: as a VA Benefits Lawyer, I look at hundreds – quite possibly thousands – of VA appeals every year.

I’ve put it in over 25,000 hours learning how to be a veterans benefits attorney – this doesn’t make me the expert, or the best – far from it.

But it can’t hurt – and really does help – to have a VA Benefits law firm that is used to seeing errors in many, many claims and appeals.

Bottom line: if the BVA denies your appeal – start looking for a VA benefits lawyer to help you appeal to the Court of Appeals for Veterans claims.

I don’t care if you call my firm or not – I’m not trying to ‘shill’ for my VA Benefits law firm.

I do want you to pick the BEST VA Benefits Lawyer for you and your VA Disability Claim.

Check out this FREE guidebook for 8 Things you need to know before hiring a VA Disability Attorney – including checklists of questions to ask every Veteran disability lawyer you talk to….and I recommend you talk to at LEAST 3 – yes, I said THREE –  VA disability attorneys before you make a selection.

What  does the phrase “Adequate Reasons and Bases” Mean to a VA Benefits Lawyer?

The BVA is required to include, in its decision, the “reasons or bases” for its findings and conclusions on all material issues of fact and law presented on the record.  38 USC 7014(d)(1).

The Court of Appeals for Veterans Claims (CAVC) interpreted the statute to require that the Board “…identify those findings it deems crucial to its decision and account for the evidence which it finds to be persuasive or unpersuasive.”

Blah blah blah..more legalese.  What does this really mean, in real English?

Remember that math teacher in grade school that taught you long division?  To prove you didn’t use a calculator you had to show your work.

Same concept.  To ensure that the Court can review the BVA decision to see if it is factually or lawfully correct, the BVA must “show its work”.

Against,  there are so many ways that the BVA can fail to provide adequate Reasons and Bases for its decision that you really should get some help from a VA Benefits Lawyer on this one.

Having said that, I’d like to show you some ways from cases I have handled and decisions I have read where  the BVA FAILED to show its work.

Examples of Inadequate Reasons and Bases by the BVA.

These are some of the more common examples of situations where  the BVA failed to provide adequate Reasons and Bases:

1) When the BVA finds  a certain witness, or certain evidence, is not credible (or less credible), but it does not specifically explain WHY it was less than credible;

2) When the BVA fails to address favorable evidence, or facts that would support a finding favorable to the Veteran’s claim;

3) When considering medical opinions, particularly, the BVA must account for, and explain, all medical evidence that contradicts the BVA’s findings on medical issues;

5) When the BVA fails to consider material testimony from your DRO or BVA hearing,  it may have failed to provide adequate reasons and bases. This is especially true if that  testimony weighs favorably in your appeal;

6) When the BVA ignores helpful medical evidence, or does not give a legally sufficient explanation why it did not afford that evidence the proper weight; or,

7) If you see a statement that appears conclusory on a material question (service-connection, for example) and there is no explanation of that statement, then the BVA may have failed to provide adequate reasons and bases.

Could you have spotted ALL of those errors in a BVA Decision?

I know it took me a long time to learn how to spot all of them…and I learn about new ones every single week.

2 hints to help you spot whether your BVA Decision has an Inadequate Reasons and Bases Error.

Hint #1:  Look at any statement that the BVA makes on a material issue – if the BVA does not explain WHY it believes that statement is correct, you may have a BVA error.

Hint #2: 76% of all BVA decisions have legal errors.  Seek out and hire an experienced VA Benefits Lawyer to help you determine if your decision has an inadequate reasons and bases error.