Getting a VA Medical Opinion Letter to Hurt Veterans – Development to Deny. 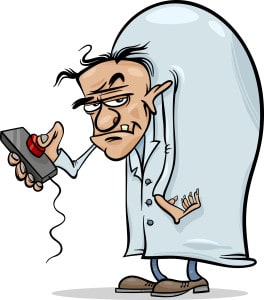 Here’s a case I want to share with y’all.

It’s an interesting case on an issue that occurs very frequently, but is only recently getting more visibility at the Veterans Court.

It occurs when the VA Regional office gets a VA medical opinion letter with the intent of hurting the Veteran’s claim.

The Facts of the Payne v. McDonald Case.

Okay, folks, this a non-precedential single judge decision of the Veterans Court.  So you know what that means, right?  You can’t rely on it as “legal precedent”, but you CAN study it to learn how to improve your claim.

This case was also argued by a pro-se Veteran – way to go raising this issue, Ms. Payne!!

Here are the core facts of the Payne v. McDonald case.

Veteran goes before the BVA with what appears to be claims for service connection of a back injury and Carpal Tunnel Syndrome (CTS).

The BVA remands the case back to the VA Regional Office, where a VA nurse issues 2 favorable opinions – clearly connecting the Veteran’s injuries to military service.

Normally its just the Veterans that don’t like Nurse’s opinions – in this case, the VA must have been pretty hacked that a nurse would decide in favor of a Veteran….they sent the case out for MORE medical opinions on the same conditions.

These second opinions came back as negative – examining the same evidence to find that the Veteran’s injuries were NOT related to her military service.  Once again, we see “junk science” invading the VA claim.

Nobody knows.  In fact, I am not sure that the BVA Judge knew. If he did, he sure didn’t say in the decision.

In fact, the Veterans Court specifically criticized the BVA, saying:

“It is not clear from the record why such additional opinions were required to develop the claim, reasonably raising an issue as to whether they were obtained for the purpose of developing negative evidence.”

The Court remanded the case to the BVA to explain itself.

You Can’t get a VA Medical Opinion Letter Just to Deny the Claim.

This actually JUST happened in a case for one of my clients.

We had a well-written and thorough opinion from a Private Medical Examiner – and a Nationally Renowned specialist in this particular area of medicine that connected the dots for the Veteran’s condition – from service to discharge to diagnosis.

Frankly, it was one of the best opinions I’ve seen a doctor write  in years of doing this.

Somebody must have been toking up on some pretty  good weed when they wrote that decision – the Benefit of the Doubt doctrine says the EXACT opposite:

“When after careful consideration of all procurable and assembled data, a reasonable doubt arises regarding the degree of disability such doubt will be resolved in favor of the claimant.”

By twisting the Benefit of the Doubt doctrine to justify getting a VA medical opinion letter that was adverse to the Veteran, the VA has clearly Developed the Record for the sole purpose of getting negative evidence.

This is called Development to Deny folks – be on the lookout for it in your claims and appeals.

How can you spot it?

The VA goes out to get evidence to help deny the claim when everything in the record says that the claim should be granted.

How Do you Prevent Development to Deny?

You can’t really prevent it – but you can fight it and you can protect against a Court endorsing this tactic.

Load your C-File with as much Competent and Credible Lay Evidence as you can find,  then go out and get solid Medical Evidence to analyze the C-File, include the Magic Words in your private medical opinion.

It will help you understand why the VA may not pursue development of the record if the purpose is to obtain evidence against the claim.