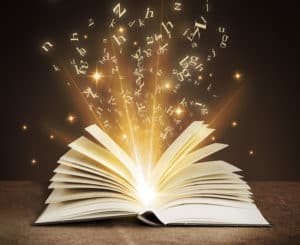 Are you thinking about paying a private medical expert to offer an opinion whether your medical condition was related to service?

Or, about asking your treating physician to write the opinion?

Either way, there are some questions you are going to need them to answer.

A majority of veterans fall into a common trap.

They know the VA wants some sort of proof that their medical condition is related to service. They realize that a medical nexus letter – an independent medical opinion can often be the difference between winning and losing a claim or appeal.

So they have their treating physician write a statement that their medical condition is at least as likely as not related to military service.

And then – months or years later – they get a decision from the VA denying your claim.

Maybe the VA said that your medical opinion letter was not competent evidence. Or they didn’t give it any weight because it lacked probative value.

Maybe they said it was because the opinion was based on your statement of your medical history and you lack credibility.

If that happened to you, I want you to ask this question:

Did your VA Independent Medical Opinion have All the  “Magic Words”:

1) “I reviewed the Veteran’s entire C-File”.

(Of course, I’ve also seen the VA rely on C&P docs who make conclusions and state that they did NOT review the C-File – the point is, it’s a “hoop” you have to jump through that the VA does not).

Here’s the VA’s thinking: if your doctor did not review your entire Claims File before making an expert opinion, he or she made an opinion based on less than all the information.

Therefore, the VA says, the opinion is not credible.

So, add this to the list of reasons you need to get your C-File.

How do you get a copy of your C-File?

First, understand the reason that you NEED a copy of your C-File. Not just one time. You should probably ask for updated copies at least once a year.

Second, take this 3 hour video training course and learn how to get a copy of your C-File from the VA – and, more important, how to USE it when you get a copy.

These magic words are the ones that show the VA – and later the BVA – that you have met your “Burden of Proof”. That you have put enough evidence into the record to support your claim.

These are hard words for medical experts to understand – and I mean that with 100% seriousness.

Medical experts are used to dealing with medical causation issues under the various state laws. Those laws  require they show prove a medical nexus using a different legal standard: a “reasonable degree of medical certainty”.

And if they want to use that phrase, go for it.

It’s a more substantial conclusion of medical causation, and the VA docs will have to work overtime to discredit that opinion.

Keep in mind, though, that any phrase other than “at least as likely as not” is going to confuse the VA.

3) The doctor must explain his/her conclusion.

Remember back in grade school math class – we could get all the answers right on our homework or on a test, but our teacher didn’t care because she wanted us to “show our work”.

The doctor has to explain why he or she reached the conclusion she reached.  It’s not enough to say that your Sleep Apnea is at least as likely as not related to your military service.

The doctor has to explain WHY he or she reached that conclusion.

In these situations, it is helpful to have a wealth of lay evidence about your symptoms and limitations in the file.

4) The doctor must explain any contrary opinions in the file.

I don’t like going to a DRO hearing or the BVA with a situation called “Dueling experts”.

P.S. Did you know that DROs are “going away” under the new VA Appeals System? Read all about Appeals Modernization here.

On one side of the scale used to weigh evidence is a VA C&P Exam. That exam concludes a veteran’s medical condition is not related to service.

On the other side of the scale is the veteran’s independent medical opinion making exactly the opposite conclusion – that the veteran’s condition IS related to service.

The BVA will have to resolve who is right by weighing the evidence.  I don’t trust the BVA to properly weigh evidence.

So when we have a medical expert offer an opinion, we ask him/her to review the VA C&P Exams and if there are any contrary conclusions, explain how those affect the doctor’s opinion.

Here’s how that looked in a recent expert opinion we submitted to the VA – this is only the CONCLUSION the doctor reached. She followed Step #3 above and explained her work in more detail:

“The VA’s report of exam by the [VA Doctor]  is factually and medically inconsistent with the rest of the factual and medical documentation in the C-File.[The VA’s Doctor] asserts in his concluding comments: “The Veteran’s central pathology is his antisocial personality disorder.”  According to the DSM-IV, a requirement for diagnosis of antisocial personality disorder is evidence of 12 months of more of repeated violation of rules and age-appropriate social norms prior to the age of 15 years.  [The VA Doctor] does not provide any evidence of this required criterion in his report.”

Your medical expert has to be competent to render the opinion.  Legal competence is a tricky concept, and no lawyer or court has ever explained it to my satisfaction.

The Veterans Law Blog® definition of competent evidence: the proponent of the evidence knows what the heck they are talking about.

In layman’s terms, however, your Medical Expert has to demonstrate that they have the required expertise.  For example, don’t ask a gastroenterologist (stomach)  for a medical opinion on the causation of your back pain.

How do you show the VA your expert is competent? Ask for a copy of the doc’s CV (aka, “curriculum vitae,” or what us normal humans call a resume) to include with the opinion.

Do You See the Theme in the Magic Words?

There are actually several themes that run through all of the above, but I want to  talk to you about one in particular:

To get a competent medical expert opinion, you are going to need a copy of your C-File for the doctor to review.

Getting an Independent Medical Opinion in your VA Claim without a copy of your C-File is a lot like going to spaghetti dinner without a fork – you can do it, but its going to be a messy ordeal.

If you followed my 8 Steps to Improve Your VA Claim, you would have already requested and received a copy of your VA C-File in Step #2.

You would be well on your way to diagnosing – and ultimately fixing – the problems  in your VA Claim or Appeal.