THIS is the “Magic Bullet” in a VA Disability Claim…. 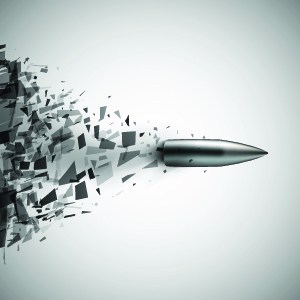 If a particular restaurant had a reputation for food-poisoning, would you let them cook your food?

If a particular doctor had a reputation for hurting his patients, would you let him operate on you?

If a particular cab driver had a reputation for driving drunk, would you let him take you to the airport?

So why do most Veterans let the VA develop the record for them?

I don’t know, but I bet that the biggest reason is because Veterans have never been taught a better way.

Let me teach you a better way.

Developing evidence for a VA Disability Claim comes down to 3 things:

Deciding whether to put into your C-File

Knowing HOW to put it into the “record” in your VA Disability Claim.

Lay Evidence is the “Magic Bullet” in a VA Disability Claim.

If lay evidence is the Magic Bullet in a VA Disability Claim- and I truly believe it has that kind of power – then medical evidence is the rifle which delivers that bullet to its target.

Without a rifle, the bullet sits in a magazine, powerless.

Without a bullet, the rifle sits in a cabinet and can never be called into action.

Let’s talk about these two types of evidence.

The 2 general types of evidence in a VA Claim: Lay evidence, and Medical Evidence.

Lay evidence is, at its core, observations and facts that are documented by people without specialized professional knowledge.

Your statement that a doctor in Vietnam diagnosed you with malaria in 1971 is lay evidence of a contemporary diagnosis.

I have reviewed hundreds, if not thousands, of Veterans C-Files. In doing so over the years, I have seen 2 common errors that Veterans (and a lot of their VSOs) commit.

Category 1: The Veteran or VSO relies too heavily on medical evidence.

I see this a lot in Sleep Apnea claims – typically, you will see the Veteran or his VSO provide an abundance of medical evidence of diagnosis, sleep studies, treatment plans, prescriptions for use of CPAP, etc. This category of Veteran or VSO often does not include lay evidence that shows how the condition is impacting his daily life activities.

Category 2: This  Veteran or VSO relies too heavily on lay evidence.

The VA will fill the void and produce or create the medical evidence (through selective inclusion of health records and poor quality C&P Exams), resulting in an outcome that the Veteran is not happy with.

Together, they are far more powerful than they are separately.

38 CFR 4.10 (2013) tells us that medical examiners are responsible for providing a “full description of the effects of disability upon the person’s ordinary activity”

Where do medical examiners get this information? Veterans.  In the form of lay evidence.

38 CFR 4.2 (2013) tells us that the examiner has to reconcile the various reports into a consistent picture “ ..so that the current rating may accurately reflect the elements of disability present.”

If the examiner has only the Veteran’s statements on a VA Form 21-4138, what is there for the doctor to reconcile? Nothing – other than the examiners own background and experience.

This is why so many Veterans are frustrated by C&P examiners that don’t seem to believe them, or who don’t understand the full scope of the problems they face. The C&P Examiner has never been given the FULL picture of the Veteran’s disability and does not understand the limitations on the Veteran’s Daily Life Activities.

What if there was a wealth of lay evidence in a VA Disability Claim showing the WHOLE picture of the Veteran’s disability?

Most Veterans don’t paint the “whole picture”.  The result is that they are dissatisfied with the VA Disability Claims Process.

By contrast, when my law firm paints this picture, we find that VA Disability claims and appeals get granted more efficiently and more thoroughly.

So, what if all of the lay evidence in a VA Disability Claim – from a wide variety of people, not just the Veteran?  What if there was a wealth of evidence talking about  the Veteran experiences in and after military service, such as:

What the Veteran’s spouse sees and observes?

What the Veteran’s co-workers see him/her doing or not doing at work?

What friends observed about how he/she has changed since returning from military service?

What extended family  observe, if only a couple times a year?

What if the medical examiner had access to all that information?

Here’s what happens:  Treatment changes and improves.  Opinions from C&P Examiners improve.   It becomes harder and harder for examiners to paint a picture that is unfavorable to the Veteran.

BVA Decisions increase in quality, because they have MORE evidence on which to “hang their hat”.

Now, it is important to know that lay witness testimony – alone – can be sufficient to substantiate a claim for service connection of an injury. Horowitz v. Brown, 5 Vet. App 217 (1993).

It is error for the BVA to require medical evidence to support lay evidence. See, Horowitz.

However, just because the BVA and the VA  can’t require lay evidence  to corroborate medical evidence doesn’t mean that you shouldn’t provide it.

You can win with just lay, or just medical, evidence.

But if you have the opportunity to use both, you might just find that you have a different experience in the VA Claims Process.

I have written a Field Manual (an eBook) giving you more information about lay and medical evidence in a VA Disability Claim. Click here, or on the image below, to learn more. 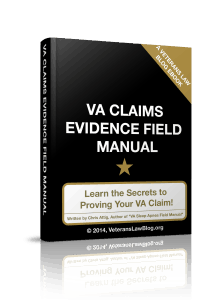