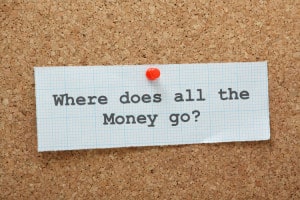 The Veteran’s Law Blog has been responsible for helping several hundreds, if not thousands, of Veterans recover the VA Disability benefits that they are entitled to – often without having to pay a penny to their attorney.

Here’s an excerpt from an email I got in July 2015 – this Veteran went from 0% to 100% just by purchasing a video training guide and an ebook package on the Veterans Law Blog.

That’s the good side of things.

On the bad side is that there are a lot of things in the VA Benefits System in need of oversight – I try to provide some of this oversight, and I don’t pull any punches.

And I don’t have any problem pointing out how VSOs (like this VFW rep) sell Vets “up the river”.

But it doesn’t end there …. as you will see in a series of posts over the coming weeks and months….

The VA Office of General Counsel is Fleecing the US Taxpayer.

Lately, it has been brought to my attention that the VA Office of General Counsel is working a number on the American taxpayer.

From ridiculous arguments by rogue lawyers, to some of the deceptive work product coming out of this office (we will be talking about this later), the VA Office of General Counsel is in need of a Bob McDonald makeover.

Recently, I told you about the Froio case – you remember that one.

That’s where VA Office of General Counsel attorney Ronen Morris argued that law students who represented Veterans at the CAVC shouldn’t get their fees paid under the Equal Access to Justice Act because (among other reasons) their university was “loaded” with cash.

I talked you how that kind of decision – the decision by a VA Office of General Counsel attorney to take a ridiculous legal position, endorsed by a Deputy General Counsel, in all likelihood without consulting the client (i.e., the Secretary of the Department of Veterans Affairs) was cost the US Taxpayer TENS of MILLIONS of dollars a year.

Well, today we have another example to study.  Today we are going to learn how the VA Office of General Counsel paid $21,000 for a single sentence.

Facts of the Case.

The facts of the underlying appeal are largely not important to the story I want to tell you.  The dispute I want to share with you in this case was all about a single sentence:

In a Motion on June 11, 2012, the Appellant asked the Court of Appeals for Veterans Claims to  modify the Board of Veterans’ Appeals decision by deleting the final phrase in a single sentence…the phrase the Veteran  wanted to take out is the phrase in “red”, below:

“After review of the evidence of record at the time of the July 1969 rating decision, the Board finds that the Veteran has not demonstrated that the law in effect during that time was incorrectly applied or that the correct facts, as they were known at the time, were not before the adjudicators.”

Why, you might ask, would a Veteran want to remove just that phrase?

Well, to answer that question requires a quick primer on CUE (read more about so-called CUE claims here). Generally speaking, to show that a prior VA Ratings Decision or BVA Decision has “CUE” – or Clear and Unmistakeable Error – a Veteran must show one of these 2 things:

1) The law in effect at the time of the prior decision was incorrectly applied, OR…

2) the CORRECT facts, as they were known at the time, were not before the adjudicators.

Each of those 2 things could be SEPARATE “CUE Claims” – here’s how it works….

…..a Veteran could contend that a previously final ratings decision has Clear and Unmistakeable Error (CUE) due to improper application of the law at the time.   Let’s say he LOSES that allegation of CUE….the Veteran can come back later and file another claim of CUE in the same ratings decision, but he would have to assert the other grounds – that is, that the Correct Facts were not before the adjudicators.

So, in the Larson case, above, the Appellant had asserted a claim of CUE based on incorrect application of the law.

In short, Appellant was arguing that the BVA did not have the jurisdiction to deny a CUE claim on a legal ground that the Appellant had not yet asserted.

The funny thing is, the VA Office of General Counsel had no real objection to this motion – both the Appellant and the Secretary of the VA appeared to AGREE that  the Veteran “….should not be precluded from raising a request for revision based on the above theory to the VA in the future. Secretary’s brief at 2, 5, and 9; Appellant’s brief at 7 – 8, 9 – 10.”

The Court dismissed Appellant’s attempt to remove the sentence as moot when it denied his appeal (saying, in essence, that the denial of one form of CUE precluded the raising of another form of CUE in the same decision later).

So the Appellant appealed.

Thus, there is no debate that the Veterans Court’s dismissal of Mr. Larson’s motion to modify the Board’s decision as moot was legally erroneous.

But the VA Office of General Counsel dug their heels in and fought at the Federal Circuit anyway.

(Why?  I really can’t answer that question….the OGC argument doesn’t make much sense – it seems that they are saying that the Fed Circuit should not reverse the part of a CAVC Decision that they  agree is wrong because there are parts of the CAVC decision they agree are right…. I’m not getting it, and  welcome explanation by the legal scholars at the VA Office of General Counsel –  contact me by clicking here.)

Predictably – as often happens when you concede error – the Office of General Counsel lost the appeal.  The Federal Circuit agreed that the sentence should be removed, and on remand to the Court and the BVA, it apparently will be removed.

The VA is required to pay the Veteran’s costs of appeal and attorney fees for the appeals – guess how much it came to?

You read that right.

Rather than just concede error and agree to a Joint Motion to Remand, the VA Office of General Counsel made the decision to dig in its heels and fight.

But we do know one thing: the taxpayer would NOT be on the hook for a $21,385.15 legal bill if the OGC had  acted less reckless with taxpayer money.

The VA Office of General Counsel Won’t Pay this Bill – YOU will.

That headline is the one thing that I don’t really think that VA Office of General Counsel “gets”.

They play with Veteran’s appeals like they are Wizards behind a curtain – and they are also willing to play “fast and loose” with taxpayer money:

* Almost every Veterans Advocate that routinely works before the Court can tell you a story of a VA General Counsel attorney digging in their heels to make an unreasonable argument that the VA would ultimately lose later on.

* Almost every Veterans Advocate who routinely works before the Court can tell you a story of a VA General Counsel attorney that simply refused to discuss a reasonable resolution that would avoid higher EAJA fees being billed to the taxpayer.

And the said thing is, these foolish decisions are costing the taxpayers MILLIONS.

Not only in EAJA Fees, but in terms of largesse of the Federal Government bureaucracy, too.

Here’s what I mean:

Why the increase?  Read why in their own words:

The requested funding increase will support GC’s continuing efforts to address an expanding legal workload, including an increasing number of cases before the United States Court of Appeals for Veterans Claims and to improve the timeliness of publishing regulations for VA’s legislative and regulatory programs. The request includes $6.6 million and 30 FTE to transition and establish the Office of Accountability Review as a direct funded activity which will review and investigate allegations of misconduct and identify situations where a lack of oversight by senior leaders may exist within the Department.

So there you have it.

The VA Office of General Counsel wants another $12 MILLION in taxpayer dollars to hire MORE Attorneys to make arguments that are already costing the taxpayer close to $27 MILLION dollars in unnecessary EAJA fees.

There’s a certain irony in this, too.

As EAJA fees grow larger and larger, the tendency is to blame the Veterans and their attorneys:

This article by 2 BVA attorneys proposes reform of the EAJA system by punishing Veterans and the attorneys that have the cajones to go up against the reckless and deep-pocketed VA Office of General Counsel.

One Veterans Court Judge bemoaned the greed of the Veteran’s Bar who, to paraphrase his poetry, made absurd arguments to dip deeper into the pockets of the EAJA fund.

The VA Office of General Counsel Should Reimburse the EAJA Fund from its Own Budget.

This is not a revolutionary idea.

Throughout the country, we have required that a party that rejects a reasonable offer in settlement be penalized for not accepting it.

In the State of Texas, you can read how the law penalizes a party in litigation that refuses to accept a reasonable offer in settlement – forcing the other side to go to trial – is punished if the outcome is less favorable than the settlement would have been: they have to pay the other sides cost.

Texas is not the only state that has such a rule. Alaska, Oregon, California, Oklahoma, New York, Illinois and Florida all have “Loser Pay” rules for litigants that waste the Court’s time with unreasonable litigation positions.

That’s not just conservative states: Oklahoma and California couldn’t be more different politically: seems the idea of wasting resources in litigation is a pretty universal concept.

And it goes hand in hand with the purpose of EAJA: it levels the playing field for the small law firms and solo attorneys that so frequently take on the Federal Goliath.

For this kind of thing to take hold, though, we are going to need an Act of Congress.

If you agree that the VA should have to pay for frivolous legal arguments that cost the US Taxpayer MILLIONS of dollars each year, then print  this post and mail it to your Congressional Representative.

If you are a Congressional Representative, reach out to me.

I’d be happy to draft the legislation for you – or even testify at a Committee hearing about the waste and abuse of taxpayer money at the VA Office of General Counsel.

You can read the VA FY 2016 “Budget in Brief” overview by clicking here.

You can read the full VA FY 2016 Budget Proposal here.

Check out the last 8 years of VA Budgets here.