3 Types of Reconsideration when it comes to the VA Ratings Decision…. 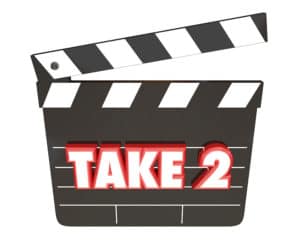 There are 3 critical times where the VA’s decision forces each Veteran (or survivor) to make a choice.

At each of these 3 critical junctures, you will have to answer the question: “Do I want to accept the denial of my claim or appeal, or just accept it and walk away.”

At each of these 3 critical junctures, there is an opportunity to seek a different outcome through an option called “reconsideration”.   Well, to be accurate, the option only REALLY exists at 2 critical junctions, and a lot of Veterans are being misled to believe that there is a 3rd.

Let’s take a look at each of those critical juncture, and what opportunities there are to seek “reconsideration”.

The VA Denies your Claim with a VA Rating Decision.

After you file your claim for benefits, and submit your evidence in support of the claim (or let the VA develop the claim themselves, if you trust the VA), the VA will issue a Ratings Decision.  Each Ratings Decision is delivered with a cover letter known as a “Notice of Action Letter”.

Generally speaking, you have one (1) year from the date of the Notice of Action Letter to file a Notice of Disagreement if you do not agree with the VA Ratings Decision for any reason.

Filing this NOD, or Notice of Disagreement, is your first step on a process of appealing the decision to the BVA which could take anywhere from 3 to 8 years.  (Click here to see what year VA Form 9s are currently being scheduled for BVA hearings).

The VA – and major VSOs – know that this appeal process is long.  Some of them get funding based on how many claims they open. And most of them know that attorneys are far more successful on appeals to the VA than most VSOs.

So, this concept of “reconsideration” of a VA Ratings Decision has sprung up – one insider at a major national VSO has shared with us how the process works to the VSOs organizational advantage…she did this at great risk to her job, and so I will not disclose her name or the VSO that she works for.

Here’s how it works: the VSO gets a Vet to file a Request for Reconsideration instead of an appeal.  The VSO files such a request as a new claim, and their numbers look like they are helping more Vets with more claims than they actually are.  The VA has no legal obligation to respond to a “request for reconsideration” at this level of the claim/appeal process — because the process does not exist.

So they often don’t respond, and it is only after the Veteran has missed their deadline to file a Notice of Disagreement that they realize they were the victim of a “Bait-and-Switch” tactic.  The VSO on the other hand, gets better numbers to support their funding requests, regardless of the outcome for the Veteran.

Now, to be clear, the word “reconsider” does appear in the 38 CFR – but not in the way Veterans are being told it does.

If, within the one (1)  year period after the Notice of Action letter delivering a VA Ratings Decision, a Veteran submits New and Material evidence as to any unproven or denied element of the claim, the deadline to file the Notice of Disagreement is “abated” – or wiped out – until the VA issues another decision.  In those circumstances, the VA will look at the “New and Material Evidence” and, if they agree that it is new and material, they may reconsider their decision.  More times than not, the VA does one of 2 things: they ignore the submission, and let the deadline to file the NOD lapse.  Or, they issue a decision that the evidence was not new and material, and therefore the deadline to file the NOD was not abated.

Bottom line, people will tell you that you can seek reconsideration of a VA Ratings Decision – but do not fall for it, no matter how convincing they sound. I’ve seen one too many Veterans sit across from me at a table and explain to them that they have to start their claim all over from the beginning because there is no legal obligation for the VA to reconsider a denial of service connection after it issues a VA Ratings Decision.

Want to FORCE the VA to “reconsider” your denied claim in a way that does not screw you, the Veteran, out of the earliest possible effective date?  File a Notice of Disagreement and request a Decision Review Officer hearing or informal phone conference.

The BVA Denies your Appeal with a BVA Decision.

The second critical juncture of any VA claim is when the BVA issues a decision on a “perfected appeal”.

A perfected appeal is a procedural posture of your claim, and does not imply that your appeal or claim is “perfect”.  See, we lawyers like to use archaic words to express simple concepts.  A “perfected appeal” is nothing more and nothing less than a properly formed appeal to the BVA.

A properly formed appeal consists of 3 things: a timely Notice of Disagreement, issuance of a a VA Statement of Case, and a timely VA Form 9 filed by the Veteran or Survivor in response to the Statement of Case.

After the appeal is “perfected” to the BVA, the Board will issue a decision – with or without a hearing, depending on your request and a couple other factors.

Once the BVA issues its decision, you typically have 120 days to appeal any adverse BVA decision to the Court of Appeals for Veterans Claims.

However, you may also file a “Motion for Reconsideration” of the BVA Judge’s decision.

The purpose of such a Motion is to have the BVA re-evaluate its earlier decision.  Be very careful with these requests – they can affect (and maybe even foreclose) your ability to appeal to the Court of Appeals for Veterans Claims if not done properly, and they have some rather stringent rules to be followed).

If you file a Motion for Reconsideration of a BVA decision, it will be handled by the BVA in 2 steps.

Step 1: The Chairman of the BVA decides whether the motion should be granted. If not, your motion is dead in the water – and you cannot appeal a “Step 1” denial of a Motion to the BVA for reconsideration to the CAVC.  In 10 years of representing Veterans – and teaching thousands of Veterans – how to file and appeal VA benefits claims, I can count on 1 hand the number of times I’ve seen the BVA grant the Motion to Reconsider.  99 times out of 99, it’s an absolute waste of time and energy.

There is 1  rare scenarios where I think you might want to consider submitting a Motion to Reconsideration: If you have a BVA Decision that is outside your time to appeal to the BVA. It’s a shot in the dark, and you may get the chance to re-argue with additional evidence, but it will be a rare situation where this happens. Really rare.  Like “winning-the-Powerball-Lottery-twice-in-a-row” rare.

Step 2: If your Motion is one of the few that the BVA chairman grants, then your appeal is assigned to a panel of Board judges. The Veteran (or Survivor) is given 60 days to submit additional arguments or evidence, and then it goes to the afore-mentioned panel (the only person that cannot be on the panel is the judge that initially issued the BVA Decision denying you benefits).

Bottom line – Motions for Reconsideration of a BVA Decision are difficult, require precision, rarely win, and carry great risk. Almost every time, the Veteran or Survivor is better off just appealing to the Court of Appeals for Veterans Claims and seeking reversal, vacatur or remand of the BVA decision because of legal or sometimes factual errors.

The CAVC – Court of Appeals for Veterans Claims – denies your appeal with a Memorandum Decision.

In these cases, you are dealing with an actual court rule – with case law interpreting its meaning – to seek reconsideration of a Court’s memorandum (single judge) decision.

This is very dangerous for the pro se Appellant at the CAVC, who may not know some of the interpretative nuances of the rule as they have been laid out in a couple decades of practice at the Court.Such a motion has very specific requirements – and you can read them in CAVC Rule 35.

I have seen attorneys and pro se veterans alike file successful Rule 35 Motions for Reconsideration – but I see a lot denied.  However, because the Federal Circuit Court’s jurisdiction to review adverse Veterans’ Court denials is so narrow, there are a lot more situations where you might want to file a Motion for Reconsideration of an adverse decision under CAVC Rule 35.

I’m going to leave it to you to talk to an attorney about – the reasons you might want to do this in any particular case require particular consideration of specific facts and issues unique to each Veteran’s appeal, and I don’t give legal advice on this blog.

Just know that you are not necessarily “stuck” with the adverse decision at the Veterans’ Court – Rule 35 provides some opportunity to seek reconsideration.

So there you have it….the 3 critical junctures (well, 2, really) where you can seek reconsideration.  Almost always, it is best just to appeal to the next level of the review process, if you can.

And I cannot stress this enough – never, ever, in a million years ask the VA to reconsider a VA Ratings Decision without FIRST filing a timely Notice of Disagreement. That way, if they do nothing (which they do 99% of the time) you still have your appeal to challenge a wrong decision.