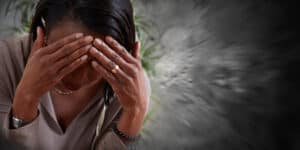 The Holmes case and VA Ratings for Migraines.

In the Holmes decision, the Veterans Court built upon its prior decisions, and provided guidance for VA raters, the BVA, and veterans who are trying to establish the proper VA ratings for migraines.

We know, from the Court’s decision in Johnson v. Wilkie, that the criteria for VA ratings for migraines are “successive,” meaning that to establish the next level rating, a veteran must establish each of the lower ratings levels for migraines.

What does that mean? Let’s look at VA’s diagnostic code 8100 to understand the successive nature of VA ratings for migraines:

0% – you are assigned this rating if your migraine symptoms are characterized as constituting “less frequent attacks.”

10% – if the evidence in your VA Claims folder shows that your migraine condition presents with “characteristic prostrating attacks averaging one in 2 months over the last several months, you will receive a 10-percent rating.

30% – when the medical  and lay evidence establishes that your migraine symptoms are characterized by “characteristic prostrating attacks occurring on an average once a month over the last several months,” you will receive a 30-percent VA disability rating

50% – this is the highest “schedular rating” for a veteran’s migraine condition, and is awarded when the veteran is able to prove that their migraine condition consists of “very frequent completely prostrating and prolonged attacks productive of sever economic inadaptability.”

As you can see from these symptoms, you cannot get a 50-percent rating for service connected  migraines without first establishing that your migraine condition fulfills the 0, 10, and 30-percent rating levels.

But that wasn’t what the Holmes case was about. The Veterans Court decision in Holmes focused, essentially, on the word “attacks.”  Did the word “attacks” in the VA Disability rating criteria for migraines include only headache symptoms? Can a “migraine attack” include symptoms other than headaches?

When this question came before the BVA, the BVA answered in a surprisingly pro-veteran way. BVA judge K. Millikan wrote the following in a March 2019 BVA decision:

“[T]he Board notes that a “migraine” is defined as familial symptom complex of periodic attacks preceded by prodromal sensory symptoms and commonly associated with irritability, nausea, vomiting constipation or diarrhea, and photophobia. Dorland’s Illustrated Medical Dictionary, 1166 (32nd ed. 2012). The rating criteria for migraines, by its very nature, contemplate the various manifestations of such disability by focusing on the overall functional impairment, rather than a demonstration of particular symptoms.”

In a nutshell, the BVA found that when establishing a VA disability rating for a veteran’s service connected migraine condition, the raters should look beyond mere headaches to understand how the individual veteran’s migraines impact that veteran and his ability to work. The CAVC commented on the BVA’s surprisingly holistic analysis, and cemented it into law. Writing for a three judge panel, Judge Allen wrote:

“In other words, whatever symptoms the veteran experiences associated with migraine attacks, VA must consider when assigning a schedular disability rating. This is much like the severity, frequency, and duration analysis relevant to evaluating a psychiatric disorder under 38 C.F.R. § 4.130. See Vazquez-Claudio v. Shinseki, 713 F.3d 112, 116 (Fed. Cir. 2013). (CITE LINK) The disability levels for psychiatric disorders are “distinguished from one another by the frequency, severity, and duration of their associated symptoms.” Id.

However, the veteran appealed the BVA’s decision, using the law firm of Chisholm, Chisholm and Kilpatrick. It is not clear why he was appealing, and his arguments appear to have confused the Court somewhat.

The attorneys for Mr. Holmes argued that the BVA decision did exactly the opposite of what it did, specifically: “read[ ] out the possibility of additional compensation for manifestations of migraines and the application of VA’s duty to maximize benefits.” The BVA specifically did exactly the opposite, as quoted above. This confused the Veterans Court, as the CCK attorneys failed to explain “how he prevails if the Board’s definition was correct,” and failed to “explain how the alleged symptoms of his migraines exceed the severity contemplated by the rating criteria.” In other words, counsel for the veteran failed to explain how the BVA erred by granting him the maximum schedular rating under DC 8100.

Nevertheless, the veteran did appeal, and Judge Falvey wrote the unanimous 3-0 opinion for the Court. (Judges Pietsch and Meredith were the other two CAVC judges on the panel).

The Court next looked at the central theme of each of the migraine rating levels in DC 8100: prostrating attacks.’

The Court began with the Dorland Medical Dictionary, which defines migraines as “familial symptom complex of periodic attacks preceded by prodromal sensory symptoms and commonly associated with irritability, nausea, vomiting, constipation or diarrhea, and photophobia.” This definition, the Court found, dovetailed with the definition of migraines in various dictionaries.

Because the meaning of migraine is broader than the meaning of headache, the VA must look at the broader set of symptoms when evaluating a veteran’s migraine attacks for a disability compensation rating.

“VA must look at everything the veteran experiences as a result of migraine attacks and then consider the frequency, duration, severity, and economic impact of those symptoms. Or as the Board put it, ‘the rating criteria for migraines, by their very nature, contemplate the various manifestations of such disability by focusing on the overall functional impairment, rather than a demonstration of particular symptoms.’ ” (internal brackets omitted).

The Court went a step further though, and compared the VA raters job in rating migraines to his job in rating psychiatric conditions: “this process is much like the severity, frequency and duration analysis relevant to evaluating a psychiatric disorder under 38 C.F.R. §4.130.

How are VA ratings for migraines affected post-Holmes?

Bottom line up front: when you are trying to get the proper rating for migraines, you are going to want to focus the VA rater, or the BVA judge, on the frequency, chronicity and severity of the FULL array of symptoms you are experiencing during a migraine attack: nausea, dizziness, headaches, vision or smell or taste issues. You are going to want to document and present all of the symptoms of your migraine that render you powerless, or that demonstrate that the migraine attack is prostrating.

Bottom line: migraine ratings are no longer about just headaches. They never really were, we just have the Veterans Court’s interpretation of the rating criteria to confirm it.

So, with that in mind, what do you do to prove this up?

Bottom line – when trying to maximize your rating for migraines, do not just focus on the headaches. Focus on the totality of symptoms you experience during a migraine attack.

VA disability for migraines: special considerations for veterans who are Black women.

Migraine has a disparate impact on middle aged woman and Black Americans. In fact, about 16% of Black women suffer from migraines.

But here’s the thing – and it happens as much in the VA Healthcare system as the private healthcare system – doctors tend to minimize or discount the severity of symptoms of migraine (and other conditions) experienced by Black women.

Doctors and the VA have been aware of this phenomena of discounting the severity of pain reported by Black women for a very long time.

Black female veterans and their advocates should then fill any gaps between  the symptoms the veteran experiences and reports and the symptoms documented in VA health and benefits records using lay evidence and medical opinion evidence.

I believe it is necessary for Black women vets and their attorneys advocates to take advantage of  the AMA appeal process – and, where appropriate, CUE claims – to ensure that the veteran’s historical and present ratings accurately reflect the frequency, chronicity and severity of the veteran’s migraine attacks.

Are you a Black female veteran?

Please share your experiences with the VA when seeking treatment and benefits for service-connected migraine attacks. I would like to understand how pervasive this problem is in the veteran community.