CUE, the Presumption of Soundness, and Really Old Errors. 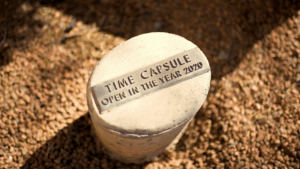 5 years ago, in 2012, I first wrote about an issue that has been one of my major “preaching” points in VA Claims and Appeals.

I pointed out, in a post called “CAVC lashes out at  VA: “Again, you failed to follow the law.” that the VA had for a very long time been forcing Veterans to prove something that by law the VA was required to prove.

The Court’s Stern Warning to the VA about the Presumption of Soundness.

Pre-Horn, the VA wasn’t following the law – they were forcing Veterans to prove that the condition WAS aggravated by military service.

“The problem has been that VA has yet to step up to its responsibility under that law and its own regulation. Further, there is no immediate cost to the taxpayers in this particular reversal, because the veteran has only received the benefit of the presumption soundness. To obtain service connection, he still would need to establish that he has a current disability and a nexus to the inservice aggravation.  Nonetheless, any cost to taxpayers is dwarfed by the prospect of future cases generated by the misperception that the Court will tolerate the continuance of defective evidentiary development in presumption of soundness cases.” )Internal Citations Omitted)

Ouch!  What the Court is saying is that they: a) are not going to tolerate continued failure to improperly shift the burden of proof in presumption of soundness cases to the Veteran, and b) allowing cases to rise to the Veterans Court is a burden on the taxpayer and a waste of judicial resources.

If I was the VA, I would have taken note.

Defective Analysis of Presumption of Soundness May Form the Basis of a CUE Claim or Motion.

But they didn’t, and so for the last 5 years, I have been telling you that, if the VA attempts to rebut the presumption of soundness by arguing that you failed to provide (or the record lacks) evidence that any condition pre-existing service was aggravated by military service, appeal immediately.

Many of you did just that

A lot of you took this knowledge and went a step further.

You argued that old decisions – even though final – that contained this error may contain CUE, and should be reopened and readjudicated.

I know a lot of you have cases like this in the appeals pipeline: that a final VA Ratings Decision contains CUE because it shifted the burden of rebutting the presumption of soundness to you.

And I know a lot of you are worried about these cases, because CUE is one of the hardest types of cases to prove. It is so hard to prove that I don’t recommend filing a CUE claim until there are no other avenues to a win.

Think of CUE as if it were a “nuclear option” on the battlefield –  if you file CUE and win, it obliviates  the VA’s position from years ago and opens up possible entitlement to a lot of past-due benefits.

If you lose, though, just like a nuclear bomb, it stands a good chance of wiping out any recovery on that claim in the future.

A recent Court decision suggests that this type of CUE claim has some merit to it.

Here’s what happened. In 1980, a Veteran filed a claim for service connection of his scoliosis.  Though there was NO evidence that this condition pre-existed service, the VA denied the claim, and in May 1981, the BVA issued a decision affirming the denial, saying this:

“[Scoliosis] is usually developed during youth or shortly thereafter as opposed to a condition or disorder brought about by a traumatic experience. Service physicians by physical examination and x-ray evidence diagnosed the veteran’s disorder shortly after his entrance in service as a congenital condition which existed prior to his entry in the service. Moreover, there is an absence of objective evidence to indicate an aggravation by way of a traumatic occurrence during the veteran’s short term of service.”

Sound familiar?  What’s happening here is EXACTLY what the Court lashed out at the VA for doing in the Horn case: they shifted the burden of proof of rebutting the presumption of soundness to the Veteran.

Now, this was 29 years before the Horn case, and the VA was completely unchecked by any Court and operated in “Splendid Isolation” from any judicial review.

But here’s where it gets interesting.

In May 2014, the Veteran filed a Motion to Revise the May 1981 BVA decision on the basis of CUE, largely making the same argument made in Horn, with the added contention that shifting the burden of rebutting the presumption of soundness to the Veteran was clear and unmistakeable error.

See what they did? In essence they said that the BVA correctly shifted the burden of presumption to the Veteran, and that the objective evidence was properly considered.

The Veteran had none of it, and appealed to the Court.

Now, I must caution you that the Court did not say that there was CUE – but it did vacate the decision and remand it to the Board to prepare an adequate analysis. The court cautioned the Board:

“[T[he relevant statute in place in 1981 provided that the Secretary must establish by “clear and unmistakable evidence” that a preexisting condition was not aggravated in service. See 38 U.S.C. § 311. By basing its decision on a lack of evidence of aggravation, the 1981 Board misapplied the presumption-of-soundness statute, which may form the basis of a CUE motion. See Russell v. Principi, 3 Vet.App. 310, 313 (1992)(en banc).”

I’m curious how this will turn out on remand, but I strongly suspect that there will be a finding of CUE, a reopening of the claim, possibly securing 37 years of past-due benefits for the Veteran’s back injury.

If the BVA is smart, it will remember the tongue lashing in Horn, and take note of the caution that the same error “may form the basis of a CUE motion“.  I don’t know how the Court will respond to a BVA decision that misapplication of the presumption of soundness is NOT CUE – but I suspect that we will know what the Court meant in Horn when it said that it will “…tolerate the continuance of defective evidentiary development in presumption of soundness cases.”

Where does that leave Veterans?

If the VA used the absence of evidence of aggravation to overcome the presumption of soundness, APPEAL! There’s a strong likelihood that the VA’s decision is wrong.

By “righting” an error that cost you benefits years or even decades ago, you might be setting yourself up for some pretty significant past-due benefits.

Be careful though, CUE Motions and Claims are really hard.

You have to be REALLY specific in what you say, and there are more than a couple procedural pitfalls you have to clear.