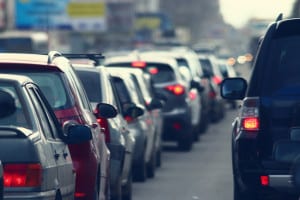 The single biggest time period of delay in the process of appealing to the BVA doesn’t actually fall on the BVA, surprisingly.

The only thing that we know of that has to happen in this time-frame is that the VA Regional Office has to box up the C-File and send it to the BVA.  Maybe issue a Supplemental Statement of the Case – but these are only generally necessary when the VA fails to do the job right the first time it issued the Statement of the Case.

I could walk from Los Angeles to Washington D.C., pulling a tractor trailer full of C-Files by my teeth, and get them there faster than 2 years.

Here are some things YOU can do in 2 years.

The VA has NEVER, to my knowledge, attempted to explain this number, or what it is doing over the course of those 2 years.  It’s not getting better, either…while there was a drop off in 2014, I don’t think that is going to be the case for 2015.

I think Veterans need a “Plan B”.  It makes me want to push even harder to teach my 8 Steps to Improving your VA Claim or Appeal.

2)  The number of appeals handled by  the BVA has largely remained the same.

Here are the projections of appeals expected to be received at the BVA in FY 2015 and 2016:

Again, we don’t know WHY more Veterans are appealing.

Is it because they have the ability to hire attorneys who spot legal issues that VSOs tend to ignore?

Is it because – like President Obama told Jon Stewart – more Veterans are coming back injured from OIF and OEF?

For the record, I call “BS” on this excuse.  This isn’t about the new generation of Veterans – its about the old ones that are (thanks to the proliferation of social media outlets for VA Claims, sites like the VAisLying.com, and the Veterans Law Blog) becoming more and more aware that the VA is screwing them over every chance they get.

3) Veterans most likely to be denied by BVA in 2012 were represented by….

State VSOs: In 2012,  the BVA denied 25.6% of the appeals where the Veteran was represented by the State Veterans Agency. By 2014, this number had dropped – only 23.6% of Veterans represented by a State VSO at the BVA lost their claim.

Most Veterans don’t know how to pick an attorney in their VA Appeal – so they end up with an attorney they don’t like, that doesn’t work with them, and they end up hating attorneys?

Nip that problem in the bud – I’ll teach you how to choose an attorney that is right for YOU in my FREE eBook: 8 Things Veterans should know before Hiring an Attorney.

This eBook includes a FREE 30 question checklist of things you should ask a potential attorney.

From the Receipt of a Notice of Disagreement (NOD) to the Issuance of the Statement of Case (SOC):

From the Issuance of the Statement of Case (SOC) to the Receipt of the Substantive Appeals:

* This deadline is the responsibility of the Veteran. Notice that this number is well below the 60 day deadline (or, the remainder of time left in the one-year the Veteran had to file the NOD).

From the Receipt of the “Certified Appeal” to the Issuance of a BVA Decision:

Average time, from filing of appeal by Veteran (VA Form 9) to BVA Disposition:

5)  Increase in Concerns About Quality.

There is no way that any human being can – regardless how big their staff is – crank out almost 4 decisions a day in a complex regulatory benefits scheme and have any hope of being accurate.

Perhaps that’s why we see BVA Hearing Officials missing key legal issues like this.  Or deciding cases using the wrong Veteran’s medical records.  Or missing the boat on the law completely, as they STILL do in presumption of soundness analyses. Or issuing silent remands.

In its defense, the BVA’s hands are somewhat tied.

They have to work with an impossible bureaucratic structure from the 1950s, where a Veteran has to appeal TWICE to get a hearing (NOD and VA9), they cannot require the parties to engage in discovery (which often thins out legal issues), and have no authority to require Pre-Hearing Submissions, Evidence and Witness lists from both sides.  Until this happens, the BVA will continue to be inundated with appeals that must be remanded back into the Hamster Wheel over and over again….or that are so complex that Stephen Hawking couldn’t figure out how to properly resolve the factual and legal issues involved.

Now, the BVA is touting its quality in the 2014  Annual Report. It says:

“In FY 2014, the Board continued to challenge employees to maintain high levels of quality, and through these efforts, achieved an accuracy rating of 94.7 percent in the decisions issued, up 0.5 percent from FY 2013…..To determine its accuracy rate, the Board uses a weighted formula…..5 percent (1 out of 20) of all original appeals and 10 percent (1 out of 10) of all cases returning from remand by the CAVC are selected at random by the Veterans Appeals Control and Locator System (VACOLS) for an accuracy review by the Board’s Quality Review Staff.”

Back in my days in the Army, we proposed doing M16 marksmanship tests this same way.  We’d take 1 out of every 5 shots, and if any were not within 3 inches of the target, then the soldier that fired the round would review whether or not the shot should be technically labelled “accurate”.

OF COURSE we didn’t do that….and we didn’t propose it, either.

It’s absurd to think that the measure of quality is a random sampling of remands and decisions is reviewed by the same staff that works hand in hand with the BVA Hearing Officials to assess accuracy.

Tell any Veteran – or Veteran’s advocate – that the BVA is 94.7% accurate and you’ll be greeted by this:

Just look at the fact that the US Court of Appeals for Veterans Claims – which reviews the decisions of BVA judges – saw a 13% increase in the number of appeals that had to be sent back to the BVA to correct administrative, factual and/or legal errors (the raw number increased from 2,362 in FY 2013 to 2,628 in FY 2014.

Something isn’t adding up.

As is usually the case with VA Math.

Sources for statistics in this post can be found in the following BVA Annual Reports and the Court of Appeals for Veterans Claims annual reports.

You can read the 2008 Annual Report of the Board of Veterans Appeals here.

You can read the 2009 Annual Report of the Board of Veterans Appeals here.

You can read the 2010 Annual Report of the Board of Veterans Appeals here.

You can read the 2011 Annual Report of the Board of Veterans Appeals here.

You can read the 2012 Annual Report of the Board of Veterans Appeals here.

You can read the 2013 Annual Report of the Board of Veterans Appeals here.

You can read the 2014 Annual Report of the Board of Veterans Appeals here.