The Legal Presumption: Is a Duck Always a Duck? 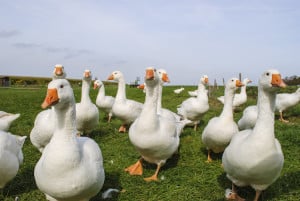 You do not need to be a lawyer to handle your own VA claim – in most cases.

However, you do need a working knowledge of some key legal concepts.

One of those is the legal concept called a”presumption” – I’m going to give you 3 examples of presumptions in Veterans Benefits Law.

Why is this information important?

Because in your VA claim you are going to – eventually – run into a legal or fact issue which will be resolved by a legal presumption.

Most folks think that presumptions are hard, solid conclusions: once a Veteran establishes, for example, that they were exposed to Agent Orange, certain medical conditions are going to be PRESUMED to have resulted from that exposure….but this doesn’t guarantee that service connection will result.

What is the Rule of Legal Presumption?

In the law, “presumptions” exist to reduce the need to have protracted legal and factual debates about issues  that commonly arise.

So, when a particular fact pattern occurs with great frequency, the law is likely to come up with a “presumption” that allows a judge (or fact-finder) to presume that certain facts mean certain things.

Here it is in Plain English.

Example 2:  If  you saw your significant other was going into the local pub at 5:30pm on a Friday, it would be reasonable to presume that he/she had a drink or dinner there (since that’s what people usually do in bars/pubs).

Example 3: If I have an employee that has been asked to be at work at 9am, and they routinely fail to show up at 9am, I’m going to presume that they don’t want to work for me.

Get the concept?  Here’s the trick.

There’s a possibility that something that looks like a duck and quacks like a duck is not a duck.  It could well be a very well designed duck decoy for hunting purposes.

Referring back to Example #2, above, there’s a possibility your significant other went into the pub to see if he/she left his wallet in there the night before.

Or in Example #3, there’s a possibility that my employee’s watch is on the wrong time zone, and they are actually EARLY to work.

The folks being “hurt” by the legal presumption get an opportunity to rebut that presumption with evidence or argument to the contrary.

Remember, this is a high level overview, meant to familiarize you with the concept of “presumptions”.

1) Legal Presumption of Regularity.
This presumption invariably cuts in the VA’s favor every single time.   It basically says that when the VA has a system for doing a routine task (mailing notices, sending out forms, etc), the law will presume that the VA followed its regular process in your claim.

There are ways to rebut this presumption, but make sure that the VA shows both the regular procedure and argues that they followed it.  If not, then they may not be entitled to the presumption in the first place.

As I said above, this presumption invariably cuts against the Veteran every time.

I hate this presumption in Veterans Benefits Law – there is no such thing as “regularity” in ANYTHING that the VA bureaucracy does – other than delaying claims and making things go slower.  It often seems like the VAs approach is that of the snail getting a ride from a turtle:

(I might be tempted to argue that, in the VA claims world, Lady Justice is blind-folded so she can’t see her own shortcomings).

This presumption essentially states that a service-member is presumed to have been of sound medical condition at entrance into the military, unless something is otherwise “noted” on the entrance physical exam.  Read more about how the VA often tries to trip Veterans up on the Presumption of Soundness here.

This presumption basically states that military service is presumed to have aggravated a pre-existing military condition, unless the VA can show that the change in severity of that pre-existing condition was due to the normal progression of the particular disease. Read more about the Presumption of Aggravation, here.

You can learn more about the Presumptions of Aggravation and Soundness, and how the VA routinely misapplies them, in my VA Field Manual (eBook) “10 Court Cases Every Veteran Should Know”.

The “Horn” case, discussed in detail the “10 Cases” Guidebook, shows how even after getting a “stern talking to” from the Veterans Court, the VA continues to misapply these 2 presumptions.