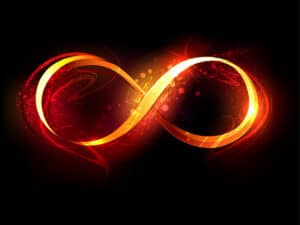 Spoiler alert: Vietnam veteran survivor benefits do not die with the veteran if the claims are related to Agent Orange or herbicide exposure.

To many of you that will come as a shock. To others, it will feel like a betrayal, as millions and millions of Vietnam veteran survivors benefits have gone unclaimed.

That’s because there’s an old saying about VA claims that a veteran’s claim dies with the veteran. As with all things, this is partially true and partially not true.

Whether or not that old saw is true depends on whether you fall into one of three types of veterans.

Before you get started, consider brushing up on VA Claims jargon, here.

Now, in this article, we are not talking about a “survivors pension” – DIC benefits belong to the survivors, not the veteran. Instead, we are talking about accrued benefits – payments for back pay due to a deceased veteran as the result of an open and pending disability compensation claim.

If a veteran died before October 10, 2008, a surviving spouse could only recover accrued benefits – money that was owed to the veteran at the time of his or her death.

This allowed surviving spouses and other qualified spouses to pursue any claims and appeals that were open and pending claims at the time the veteran died. There were three catches, though.

First, the survivor was limited to the evidence in the file at the time of the veteran’s death.

Second, until 2008, survivors were limited to only the highest 2 years of accrued benefits.

Congress passed 38 U.S.C. §5121A, which provides that if a claimant dies while an appeal of a decision with respect to a claim for any benefit under the law administered by the Secretary, is pending, a living person who would be eligible to receive accrued benefits due to the claimant under section 5121(a) may substitute into the open and pending claims of the veteran. 38 U.S.C. §5121A.

Here’s what the new law meant.

This meant that the qualified survivor did not need to restart the whole process at the beginning. If the veteran’s claim was at the Court of Appeals for Veterans Claims (CAVC), the survivor need only file a petition to substitute with the Court and, if the survivor was a qualified substitute, they could pick up the claim where the veteran had left off.

The second big change was that survivors were not limited to the evidence in the file at the time of the veteran’s death. The survivor could add new evidence to the file to prove the claim or appeal in the same ways that a veteran could have had they remained alive.

And that 2-year limitation on recovery of accrued benefits was gone.

That’s where the law stands today.

Except for one big, but little known, exception to the rule.

Type 3: Veterans with claims or appeals governed by Nehmer.

This is where we start getting into Vietnam veteran survivor benefits.

If you are a veteran with a claim governed by Nehmer, your claim survives your death. And, Vietnam veteran survivor benefits are recoverable even after the death of your survivors.

Everything starts with basic understanding of Nehmer.

In 1984, Congress passed the “Dioxin Act,” compelling the Secretary to determine what diseases are caused by exposure to Agent Orange (dioxin, actually), and to promulgate regulations to govern dioxin-related disability claims. 38 U.S.C. §354 (1984).

A number of veterans who served in Vietnam, and their survivors, filed an action in Federal District Court, arguing that the Secretary failed to adequately review the pertinent scientific studies of dioxin-related diseases and that the regulation was arbitrary and capricious. Nehmer v. United States Veterans Admin., 712 F. Supp. 1404, 1408-09 (N.D. Cal. 1989).

In December 1987, the U.S. District Court for the Northern District of California certified, as a class, the universe of current or former service members and their survivors exposed to herbicides containing dioxin – including but not limited to Agent Orange – without limitation on the geographical situs of their exposure.

That class certification is critical. The relief afforded by the ensuing Nehmer settlement governs the entire class of veterans exposed to agent orange. (This is not something that the Department of Veterans Affairs currently accepts, though – they believe Nehmer only applies to veterans exposed in the Republic of Vietnam during the Vietnam war). And because the  Nehmer class includes the “next of kin,” those claims could not die with the veteran. By the terms of the government’s settlement, the right to recover those VA benefits extend far beyond the traditional class of veterans survivors.

So, many many years later, when the VA finally got around to writing rules implementing portions of the Nehmer settlement, this little known regulation appeared at 38 C.F.R. §3.816(f):

(f) Payment of Benefits to Survivors or Estates of Deceased Beneficiaries –

(i) The class member’s spouse, regardless of current marital status.

(ii) The class member’s child(ren), regardless of age or marital status (if more than one child exists, payment will be made in equal shares, accompanied by an explanation of the division).

(iii) The class member’s parent(s), regardless of dependency (if both parents are alive, payment will be made in equal shares, accompanied by an explanation of the division).

What does all that mean?

If a Nehmer class member dies while a disability benefits claim is open and pending, that claim can be pursued by a far broader class of veterans.

This rule regarding agent orange survivor benefits is not well known, and it is not well published. In fact, I struggle to find any easily accessible resource where it is even talked about..
I imagine the survivors of Vietnam veterans have left billions of dollars of past-due benefits on the table because most attorneys, most VSOs and just about every BVA judge I’ve run across are not aware of this rule, and so veteran’s survivors are never told about it.

If you are a Nehmer class member, make sure your survivors know that they can continue to pursue your claims and appeals after you die.
For claims at the Regional Offices and the BVA:
If you are a spouse (current or former), child (regardless of age), parent (regardless of dependency), or the administrator of a veteran’s estate, file a VA Form 21-534 and a VA Form 21P-0847 (Request to substitute) citing to 38 C.F.R. §3.816(f), and providing proof of the qualifying survivor relationship to the veteran.
For most estates, what you submit will depend on your state laws of inheritance.
Most times, a will establishing you as the executor of the veteran’s estate, or letters testamentary from an appropriate state probate court, should be sufficient.
For claims at the Court of Appeals for Veterans Claims (CAVC):
And if you run into trouble, reach out to a law firm that has familiarity handling Nehmer survivorship and estate claims. If you are a lawyer, and want to know how to substitute an estate or a 3.816(f) qualifying next of kin, take a look at this case where my law firm (Attig | Steel, PLLC) has successfully substituted an adult child of a veteran (who is also the representative of the deceased veteran’s estate) into the appeal. You are specifically looking for the June 21, 2019, pleading seeking substitution.