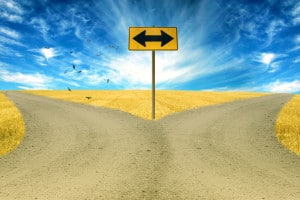 We’ve all heard of cases – and many of us have experienced them – where the VA plays a game of “Delay and Deny Until they Die”.

The VA waits years and years to make a decision – or cycles a case through the Hamster Wheel for long enough that a Veteran dies from old age or as a a consequence of the disability he/she was claiming was service-connected.

This is a Common Timeline in a Veteran’s Appeal.

This timeline comes from the Veteran’s Court’s decision in the Todd case (The Todd case is a powerful example of how lay evidence is powerful enough to save an appeal from final denial in the 11th hour.).

In the  Todd case mentioned above – 5 years after filing his claim – the Veteran died.

When a Veteran dies, the Survivor is Entitled to Accrued Benefits.

It used to be that when a Veteran died, that was the end of the appeal,

Sure, the Survivor could file a DIC claim or an Accrued Benefits claim, but the Surviving Spouse had to start all over and go all the way back to filing a new claim at the Regional Office for a survivor benefit known as “Accrued Benefits”.

How unfair is that?

Remember that game “Sorry”?  Where you get to “bump” our opponent’s pieces back to the start even if they are 1 turn away from winning the game?

That was the general rule for Survivors before some new law came out – the VA yelled “Sorry” and sent the survivor back to square one.

The New Law was the “Substitution Rule” – But it Didn’t Eliminate Accrued Benefits.

So Congress decided that the  Veteran’s survivor shouldn’t have to play this game – they should be able to jump right in to the appeal as if he or she were the Veteran – without having to go back to square one.

If they want to.

The decision to substitute into the appeal is entirely up to the Surviving Spouse.

This happens most commonly when a spouse is focused more on mourning the loss of their husband or wife, or keeping the family on its feet after losing 50% or 100%  of its income, or helping children cope with the loss of their mommy or daddy.

I have even seen a LOT of situations where a tight-lipped Veteran never told their husband or wife that they were filing a claim with the VA.

These scenarios are really common –  and Congress knew that many surviving spouses would miss the window to “jump in” to their late husband/wife’s appeal.

But Substitution is Just ONE Path – the Survivor can STILL seek Traditional Accrued Benefits.

So when Congress put the Substitution Rule into place, they were careful to make it clear that Substitution was not the ONLY way to pursue Survivor Benefits.

A Surviving Spouse – like any of the ones described above – can STILL seek accrued benefits and DIC under the rules that have been in place for decades.

In my own case, the Albuquerque Regional Office has – since 2011 – told my client – the 81 year old surviving spouse of a Vietnam Veteran – that she is not entitled to survivor benefits because she did not substitute into the claim.

I’ve told the DRO, the Attorney Coordinator – several folks up the chain in the Compensation and Pension side of the VBA – that they are flat out misapplying the law, but none of them every really listened.

In the minds of the folks at the VARO and in the VBA C&P Service, Substitution REPLACED Accrued Benefits.

I’d like to think that this is just the VARO deciding to contest a law – but I have my suspicions.  As recently as March 28, 2014, a VARO was advising Veteran’s survivors that they could NOT hire an attorney.

Fortunately, the Veterans Court had a chance to weigh in on this issue in late March 2015.

In a precedential decision – meaning that the Court, the BVA and ALL the Regional Offices are bound by it – the Court made it clear:

The First Major Difference between Substitution and Accrued Benefits.

In  a “Substitution Case”, the law pretends that the surviving spouse is standing in the shoes of the Veteran, and the survivor can add new evidence to the claim or appeal as if he/she was the Veteran.

(Although, there are massive exceptions to this rule that are – shockingly – not well known to many advocates).

So … here’s the REAL deal folks.

Takeaway #1:   If a Veteran passes away, and the surviving spouse properly – and timely – substitutes into a claim or appeal that was pending at the time of the Veteran’s death, the Surviving Spouse can continue the claim as if he/she was the Veteran, and can continue to add new evidence to the record.

Big Word of Warning about Accrued Benefits and Substitution.

In fact, less than 5 days after the Court’s precedent setting decision in Reliford, the BVA issued a decision in one of my client’s cases denying her Accrued Benefits because she did not timely substitute into her late husband’s claim.

This isn’t the first time that the BVA has issued a decision relying on old law.  I have seen more than one Veterans Court decisions reminding the BVA that a particular case isn’t the law anymore.

And we all know that the VA Regional Offices aren’t keen on following the law when it comes to a Survivor’s right to an attorney.

This particular judge lectured me about wasting her time – transferring the work of the advocate to the VLJ – by making an oral argument only at a BVA Hearing.

The lecture seemed the only waste of time – 38 CFR 20.701 says either  a Veteran or their representative may appear and present argument at hearing.

We can draw a couple conclusions from situations like this:

Either there is NOBODY at the Board of Veterans Appeals that is letting the VLJs know about precedent setting decisions as soon as they come out of the Court, or there is someone doing that, but the Judge in our case simply didn’t pay attention.

Or maybe it was just a mistake. If so, it’s a pretty big one:

The mistake will cost the taxpayers (in EAJA fees at the Court).

The mistake will add one more case to the backlog of remanded appeals at the Board and the VA Regional Office.

The mistake  is probably being happening to many, many more Survivors who aren’t fortunate enough to have an attorney that watches the Veterans Court weekly for precedential decisions.

One Last Point about Accrued Benefits and the BVA.

My final point is to never trust a BVA decision – 76% of them (or so) are reversed, vacated or remanded by the Veterans Court.

I say that with the utmost respect – and a bit of sadness.

I have met several BVA Judges, and I personally think many of them are decent people, doing the best that they can.

Many of them go above and beyond to write phenomenal decisions and do great things – and where I can, I like to recognize BVA Judges that do Great Work.

I agree with them that the system sets them up for failure, and that changes can – and should – be made.

Because BVA Judges have 800 cases to decide in a year, and less than 200 workdays to do it, you simply have to have your BVA decision reviewed by an accredited attorney.

Click here to get a free consultation and a quick decision on representation  if you have a recent BVA Decision denying your claim to make sure the BVA is applying the RIGHT law.