2 Times Veterans Should Argue for an Earlier Effective Date. 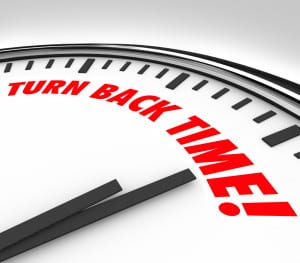 In a previous post, I talked about the only 2 legal processes through which a Veteran can raise a claim for an Earlier Effective Date.

While there are 2 legal processes to pursue an earlier effective date, there are several legal theories that can be used in those processes. Here are 2 of the most common legal theories to argue for an Earlier Effective Date in a VA Disability Compensation Claim.

This is one that the VA hates.  Here’s how it works.

You, the VA, or any third party discovers service records or service medical records that were not previously included in the VA C-File.  38 CFR 3.156(c) requires that the VA reconsider any previously denied claim to which those records might apply.

If those records lead to a grant of service-connection for a previously denied claim (even if finally adjudicated), then 38 CFR 3.156(c)(2) contains the following requirement:

2.) Show that the VA should have granted an earlier claim date based on the “implicit denial” doctrine.

The VA doesn’t have to go digging through your C-file to find every viable claim.

However, if a claim is “reasonably raised” by the record, then the VA’s failure to address it could be considered an “implicit denial” of that claim.

A Vietnam era Veteran who served at NKP in Thailand files a claim for service-connection due to Agent Orange exposure.

He tells the VA that he has  Diabetes Mellitus Type II.

To confirm the diagnosis of Diabetes, the VA receives medical records from the Veteran’s treating physician.

The treating physician’s records are replete with diagnoses of an ischemic heart disease.

However, in the ratings decision, the VA fails to address the ischemic heart disease, even while granting Service-Connection for the Diabetes based on Agent Orange Exposure.

A claim like this might be “reasonably raised” by the record.  In fact this scenario occurs very frequently.

While granting one claim, the VA turns a blind eye to a fairly obvious claim in the record that the Veteran may or may not have specifically asked for.  Most commonly this occurs with secondary conditions – conditions that the medical record clearly indicates are caused by the service-connected condition.

This happens because the bureaucrats deciding VA claims have little or no medical knowledge or training, and are punished for thinking outside the box.

The BVA and the CAVC are going to look at a couple factors in analyzing the implicit denial doctrine:  relatedness of the claims, the timing of the claims, whether the ratings decision (or other adjudication of the Veterans Benefits claim) refers to the condition in a way that suggests it was denied, and whether the Veteran was represented or acting pro-se.

Remember, there are only 2 paths to an Earlier Effective Date – a CUE claim (or a Motion to Revise the Effective Date based on Clear and Unmistakeable Error), and as a legal basis in a current and pending appeal.