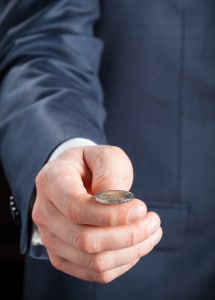 If the VA ignores one of your claims for years, and never issues a decision it, can you get an Earlier Effective Date when they finally do address the claim?

This is one question that the Ingram case looks at.

I want to explain a portion of the Ingram case to you below.

First, let me tell you why I’m talking about this case in the first place.

Many of these decisions have big impacts, and so they get more coverage in the Veterans Law Community.  There are, however, a series of CAVC decisions that got “lost in the shuffle”, but that provide a lot of POWER to Veterans in their Regional Office Appeals and BVA Hearings.

I intend to look at 8 of these case over the next 2 months.

Facts of the Ingram case.

The Veteran filed a claim for service-connection and non-service connected pension in May 1986.

The medical condition for which he sought service- connection was related to the removal of his right lung at a VAMC in April 1985.

In August 1986, the VA denied the claim for non-service connected pension, but did not comment on the service-connected disability compensation.

The Veteran did not appeal this decision.

On April 15, 1992, the Veteran filed a claim for service-connection of complications related to the April 1985 surgery.

The Veteran argued that his entitlement was based on the legal theory that allows service-connection for injuries resulting from medical negligence.

Ultimately, the VA granted service connection on this theory, but assigned an effective date of April 15, 1992.

Translation: the BVA told the Vet that a formal claim only relates back to an informal claim if both argue the same exact basis of service-connection.

Mr. Ingram appealed his VA claim to the Court of Appeals for Veterans Claims, and asked the CAVC to assign an earlier effective date – specifically May 1986.

His argument was that the May 1986 claim was an informal claim for service-connection of the lung condition, regardless of the legal theory asserted for service connection.

He argued that because the VA did not deny the claim outright, that it was still pending.

The VA argued that the August 1986 Ratings Decision denied the Veteran’s May 1986 claim for disability compensation – sub silentio.

The Court ultimately sided with the Veteran, concluding that:

“…a reasonably raised claim remains pending until there is either a recognition of the substance of the claim in an RO decision from which a claimant could deduce that the claim was adjudicated or an explicit adjudication of a subsequent ‘claim’ for the same disability.”

That language, by the way, is HUGE!!  In many of your VA Claims and appeals, you have a reasonably raised claim that the VA failed to consider…and you only need to show the VA that the claim is still pending to get a decision.  Far too many Veterans wrongly use “CUE claims” for this, and end up shooting their claim in the foot.

Now, the Ingram case is much more complex – and means a lot more when it comes to TDIU and CUE claims.

But for one limited purpose, its holding is clear: if the VA has not issued a decision that recognizes the SUBSTANCE of a Veteran’s claim, then that claim is pending until a Ratings Decision is issued that explicitly adjudicates the disability.

In fact, in a later case, the CAVC said that it narrowly construes the Ingram case to “…stand for the proposition that, where an RO decision discusses a claim in terms sufficient to put the claimant on notice that it was being considered and rejected, then it constitutes a denial of that claim even if the formal adjudicative language does not ‘specifically’ deny that claim.”

The Ingram case cut at the heart of a VA Process that STILL happens.

I call this “Claim Trimming” (this is an ALF-specific term…you won’t hear anyone else use it).

How does “Claim Trimming” Work?

Basically, the VA uses Claim Trimming to promote laziness at the VARO Ratings and Appeal teams. They use “Claim Trimming” to keep government expenditures down – at the cost of disabled Veterans.

Here’s how they do it. You file a claim for service connection of “Condition X”, “Condition Y”, and “Condition Z”.

The VA Ratings Decision addresses only Condition X and Condition Y.  It is silent about Condition Z.

If you file a Notice of Disagreement (NOD) challenging the denial of Condition Z, then the VA treats it as a “new claim” and assigns the date of the NOD as the claim date for effective date purposes.

Alternatively, if you later file a claim for Condition Z after the NOD period has applied, they will argue that it has been finally denied and you need to reopen it, or they will treat that subsequent claim as the effective date (as they did in Ingram.)

Either way, the VA wins – they will always want to assign the later effective date and pay you LESS.

Until now, that is.

You now have the information – and the Power – to beat the VA at “Claim Trimming”.   (As an aside, read how a Veteran beat the VA at this game at his DRO hearing in one of our DRO Case Studies)

How do Veterans beat the VA at “Claim Trimming”?

Two ways come to mind right out of the gate.  To really beat the VA at this game, you are going to need a copy of your VA C-File.

Second, whenever a  condition is service-connected through a VA Ratings Decision, comb through your C-File for the earliest reference to that medical condition. If it is referenced in an earlier decision but not explicitly adjudicated, it’s time to study Ingram  and argue that the original claim was pending and not finally adjudicated.

Ingram and the New Regulations regarding Formal Benefit Claims.

You’ve been reading about these new regulations in the news lately – they VA is proposing to require that Veterans use specific forms to file their formal claims.

Most folks – including the big VSOs – are hollering about the inevitable part of these regulation changes.

It is the 21st Century, and the VA is going to win any fight that is fought on the battleground of “digitizing the VA Claims Process”.

That’s some real simple smoke the VA Bureaucrats can blow up the proverbial asses of Congress and the Judiciary. It sounds great, too, doesn’t it:  “Our regulations have a rational basis of bringing the VA Claims Process into  the 21st Century” .

But here’s what these new regs are REALLY about: undercutting Ingram.

Without Ingram, the VA can ignore your claim until you get really precise and really vocal about it.

Even if you do, the VA can grant you the least amount of past-due benefits possible, arguing that the VA’s word is final – even if they never say the word.