Does use of a condom equate to the loss of use of a reproductive organ for SMC-k? 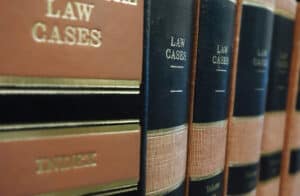 In a January 2021 precedential opinion (Bria v. Wilkie), a panel of the Court of Appeals for Veterans Claims discussed the issue of whether a condom, used to prevent the spread of a transmissible disease, could constitute the loss of use of a reproductive organ for the purposes of Special Monthly Compensation (SMC-k). 38 U.S.C. §1114(k); 38 C.F.R. §3.350.

Facts and Issue before the Veterans Court.

He was diagnosed with hepatitis-c in June 2004. Several years later, in July 2013, the BVA granted service connection, and the VA regional office awarded a non-compensable rating for hepatitis-c.

A noncompensable rating occurs when your service-connected disability results in a functional impairment of earning capacity, but does not reach a compensable level. You will be assigned a 0-percent rating. A noncompensable rating can open access to VA health care, higher priority groups, outpatient dental care under certain circumstances, a 10-point federal hiring preference, access to military commissaries, exchanges and morale, welfare and recreation (MWR) retail facilities, in-person and online, waiver of the funding fee for a VA home loan, and burial and plot allowance, and much more.

A couple years later, the veteran was awarded a compensable rating for his hepatitis-c and claimed entitlement to Special Monthly Compensation (SMC) for loss of use of a creative organ. 38 U.S.C. §1114(k); 38 C.F.R. §3.350. The veteran argued that his hepatitis c required him to wear a condom during intercourse to protect his partner and that “[c]ondom use effectively precludes procreative sex.”

The veteran argued that §1114k permits an award of SMC for any impairment of sexual function that is the result of a service-connected disability. The VA argued that the appellant did not point to any evidence of record that he was infertile, lost a testicle or cannot achieve an erection.

The VA took the argument a step further. He argued that the standard for “loss of use” for a reproductive organ under §1114(k) should be the same as the standard as “loss of use” of both extremities under 38 U.S.C. §2101(a)(2)(B)(i), where the measure is whether a veteran has suffered a “deprivation of the ability to avail oneself of the anatomical region in question.” See Jensen v. Shulkin, 29 Vet. App. 66 (2017).

The Veterans Court appointed a panel to consider the meaning of loss of use with respect to reproductive organs in 38 U.S.C. §1114(k).

What did the Court decide about the use of a condom and SMC-k?

In Payne, the Court found that Congress “did not intend to limit potential entitlement to SMC(k) only to veterans with specific service-connected disabilities.”

In Payne, the Court also held that “the plain text of section 1114(k) does not . . . preclude a theory of entitlement [to SMC(k)] based on a multilink causal chain between the service-connected disability and the anatomical loss or loss of use of one or more creative organs.”

In this case, the veteran argued that having to wear a condom was a step in a multi-link chain that led to the loss of use of his creative organ.

The Court did not decide that question in Bria v. Wilkie.

Instead, the Court focused their analysis on a predicate for loss of use of a creative organ: the ability of the creative organ to function must be diminished in order to constitute a loss of use.

The Court described that it was a “personal choice to use a condom, even when done with the intention of preventing the spread of the disease,” and that did not alone result in loss of use of a creative organ.

The Court looked to the language of §1114(k), which denotes that the triggering event for SMC(k) for loss of use is a “disability”.

It relied on Saunders v, Wilkie to determine that a disability for the purpose of §1110 requires “functional impairment.” The Veterans Court concluded that there must be diminished use – or functional impairment – of the creative organ to function in order to warrant compensation.

The Court split a hair, and characterized the veteran’s need to wear a condom as a “change in behavior” and not a diminishment of sexual function of the creative organ.

I struggled with this decision in this case.

While I don’t necessarily disagree with the outcome of this appeal, I am rather uncomfortable with the reasoning. Four reasons jump out at me.

As an aside, I don’t profess to be “right” about this case – my criticisms below are not to suggest that the CAVC is wrong, or that the decision was poorly reasoned. My over-arching concern is that the decision leaves more questions open than the one it answered, and that it might have unintended consequences when applied to other fact patterns.

Sometimes, the Veterans Court uses Saunders to reinforce the Court’s belief that it lacks jurisdiction to review BVA denials of obesity as a disability under §1110. And sometimes they use it to prevent a rating, as they did in this appeal. Once a precedent is issued, that precedent is not malleable in its application

Second, I’m just not sure that SMC-k was designed to compensate for functional impairment. That aspect of the disability will likely already have been accounted for in the schedular rating for the underlying condition. SMC in general, to my understanding, focuses not on disability or functional impairment, in my mind, but on loss or loss of use. I could be wrong about this, and will do some additional research to understand the function Congress intended Special Monthly Compensation to serve.

Third, the veteran’s argument in this case at least sounds facially plausible.

On the other hand, that loss of use is limited to a specific partner – the one who isn’t interested in contracting hepatitis-c.

This veteran, theoretically, might be totally able to “use” his penis for reproductive purposes with a partner who has Hep-C or with a partner who doesn’t care if they do or don’t get hepatitis-c. That argument rings hollow in a lot of ways, but I am troubled by reasoning in this decision that characterizes the need to prevent the spread of communicable diseases as a personal choice as opposed to a loss of use of a reproductive organ.

Fourth, the Court refused to entertain the question of whether there is a loss of use of a creative organ because it is a transmitter of disease, arguing that the veteran’s counsel did not raise it until the oral arguments and reply brief.

The decision seems to have dramatic and dangerous consequences for veterans who have service-connected HIV/AIDS, as well as other sexually transmissible diseases.

At the end of the day, I think the Court took a shortcut by painting the use of a condom as a “personal choice”, and punting the question of whether wearing of a condom to prevent the transmission of a communicable disease is or is not a loss of function of the penis/testicles or an impairment of the function of the penis/testicles – whose sole job as a reproductive organ is to deliver the sperm that results in conception/procreation.

Four Takeaways from the Veterans Court decision decision about SMC-k.

Let me know if you have questions about this case in the comments, below.