Wake that Judge Up — he’s got a Duty to Assist Veterans at the BVA Hearing! 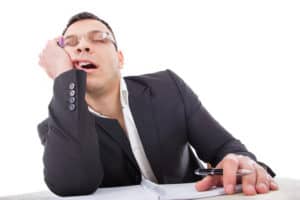 I’m going to tell you about the BVA’s Duty to Assist Veterans at the BVA hearing below.

Let me first describe why I’m talking about this in the first place.

Many of these decisions make a big splash, and so they get more coverage in the Veterans Law Community.

On the Veterans Law Blog, we look at those decisions that others gloss over — because in them, we find the tips, tactics, techniques and tools to win our cases without ever even having to go to a Board hearing in the first place.

Procopio is important because it clarifies the BVA’s Duty to Assist the Veteran at a BVA hearing.

Procopio shows that they are wrong.

Facts of the Procopio Case.

In this case, the Veteran was a Blue Water Navy Veteran on board the USS Intrepid during the Vietnam War.

He claimed, throughout his claim and appeal, that he was exposed to Agent Orange while loading aircraft with the herbicide to be sprayed over Vietnam.

Mr. Procopio submitted a doctor’s opinion saying that his conditions could be related to Agent Orange, and he made several assertions of fact that he believed proved that he was exposed to Agent Orange, even as a Blue Water Navy Veteran.

The VA’s Government attorney, said this:

“[b]ecause [Mr.Procopio] has maintained throughout the course of his appeal that he was exposed to [Agent Orange] aboard the [U.S.S. Intrepid], it borders on [sic] absurd to presume that [he] was unaware of the need to submit evidence showing he had actually been exposed to herbicide agents in service.”

The Court of Appeals vacated the Board’s decision and remanded Mr. Procopio’s claim to the BVA for more factual development.

As the Court intonates in its decision, the BVA Hearing Official’s  “minimal participation in the hearing” does not “fully explain the outstanding issues”.

“Specifically, after administering an oath to Mr. Procopio and announcing that the record would be held open for 60 days to allow him to submit additional evidence, the Board member turned the hearing over to Mr. Procopio’s representative and did not ask any questions or otherwise comment on his appeal. In fact, after the veterans service organization representative finished eliciting testimony from Mr. Procopio, the Board member stated that she had no questions for Mr. Procopio and that she understood his contentions. R. at 49. She then thanked them both and concluded the hearing. R. at 49-50.”

The Court also lightly rebuked the VA when it reminded the VA of the difference in the 2 primary ways that the BVA must fulfill the Duty to Assist the Veteran at a hearing:

“[The] Secretary is conflating the duty to fully explain the outstanding issues with the duty to suggest the submission of overlooked evidence.”

Conflate is one of the words that lawyers use to professionally “zing” each other – we don’t get confused: we conflate.

We don’t draw specific conclusions from general statements: we conflate.

We aren’t superficial in our analysis: we conflate.

Why is a BVA Hearing Important?

A Veteran’s BVA hearing is significant because it has 2 purposes:  the first is development and the second is participation.

The first purpose – development of the record, comes in the form of testimony and additional exhibits and evidence from the Veteran and his/her witnesses.

This can assist the BVA to have a more complete theory of the Veteran’s claim for entitlement to VA disability compensation benefits, especially because the VA Regional Office historically overlooks most theories of entitlement that aren’t direct or presumptive.

The BVA often pays lip service to the second purpose – the Veteran’s ability to participate in his or her own claim is vital to the ability of the VA and the BVA to accurately decide the case.

Because written words on paper are no substitute from being able to discuss the issues in a claim between the 2 people that (allegedly) know the most about the Claim: the BVA Hearing Official and the Veteran.

The BVA has specific obligations at a hearing, and these were clarified in the Procopio Opinion:

(1) The BVA has “a duty to fully explain the issues that are relevant and material to substantiating the claim, and,

(2) a duty to suggest that a claimant evidence on a material issue  to substantiating the claim when the record is missing any evidence  on that issue or when the testimony at the hearing raises an issue for which there is no evidence in
the record.

There was a time when the VA decided that this rule didn’t apply to the BVA, but the VA has largely returned to the proper interpretation of this regulation after an appeal by the National Organization of Veterans Advocates.

This is important, because in this practitioner’s opinion, the BVA has a pattern and practice of violating the Duty to Assist in this regards.  If the BVA denies your claim, keep this in mind for your CAVC appeal (Court of Appeals for Veterans Claims).

Duty to Assist failures are one of the most common reasons that the CAVC vacates & remands BVA decisions.

Read more about the procedures that apply to the BVA’s duty to assist the Veteran at a hearing by referring to 38 CFR 3.103.