How a Veterans Willful Misconduct can block VA benefits. 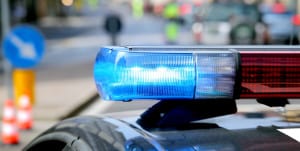 Willful misconduct in the military is a “Do not pass GO, do not collect VA disability benefits” prohibition.

The law is clear: no compensation will be paid if a Veteran’s disability is a result of the Veterans willful misconduct.  This is not a bar to service-connection – it is a bar to ELIGIBILITY in a VA Claim or Appeal.

Eligibility for benefits is the 1st Pillar of what I believe are the 4 Pillars that every single Veteran must build to even get consideration for service-connection in the first place.

The difficulty arises in defining what is – and what is not – willful misconduct.

How does the VA define what is a Veterans willful misconduct?

Veterans willful misconduct is, generally defined, “an act involving conscious wrongdoing or known prohibited action.” This includes acts with  a “deliberate or intentional wrongdoing with knowledge of or wanton and reckless disregard of its probable consequences.”

The best way to explain what “willful misconduct” is in the context of a VA service-connected disability is to give you some examples of Willful Misconduct that led to ineligibility for VA disability compensation.

Example #1:  Don’t shoot yourself in the foot.

The VA denied an Army Veteran’s claim for service connection of “amputation of left big toe”.

He’d been playing around with the safety clip of his shotgun while intoxicated. The toe came off, and the VA denied his claim on the grounds of  willful misconduct.

A Navy Veteran had been awake for 45-straight hours.  He began drinking, and after 6 – 8 beers, he tried to drive 250-miles from Illinois to Iowa.  The accident caused him to become a quadriplegic, and because of this  willful misconduct, he was ineligible for service-connected disability  compensation.

To show you that “willful misconduct” depends on each case’s unique situation, here’s another example.  A soldier goes out boating on a lake one weekend for some R&R with his friends. After drinking, they all decide to dive in the water.  The water was really shallow, and my client smashed his head on the rocks, compressing his spine and paralyzing him for life.

The line of duty investigation concluded, however, that there was no willful misconduct.  Why?  Because the nautical charts where they were boating did not reveal how shallow the water was – and the injury would have happened whether the soldiers were drinking or not.

Example #3:  Don’t get stabbed in a bar after drinking.

A Veteran’s claim was denied in 2003 for willful misconduct even though his First Sergeant supplied him with alcohol at a bar and another guy stabbed him repeatedly in the stomach and chest after a fight broke out.

Example #4: Don’t Abuse Alcohol & try to blame it on the culture of the Marine Corps.

The VA denied a Marine’s claim for service-connection of his alcoholism, claiming it was his own willful misconduct.

Giving peer pressure and the “Marine Culture” as causes of his alcoholism, the Marine still wasn’t able to convince the VA otherwise.

There are exceptions where alcohol and drug abuse can be service-connected – we’ll cover them in another post.

Another Marine’s claim for HIV was denied because he had abused drugs during his service on active duty.

On his appeal, the court said that if drugs are used to enjoy or experience their effects and a disability occurs, then that disability is willful misconduct.

Here’s a distinction, though – if you used drugs or alcohol to cope with  anxiety, depression, or Post-Traumatic Stress (et cetera) from an in-service rape, and as a result contracted HIV (or AIDS, Hep-C, or any other similar condition) from use of contaminated needles, it is possible that all 3 conditions can be service connected under 3 different theories of service connection.

Example #5:   Suicide may be “willful misconduct”.

While on leave, a Marine played Russian Roulette with a .38 caliber.

He died from a gun shot to the head. The BVA denied his spouse’s claim because he wasn’t suffering from an unsound mind when he pulled the trigger.

There are a couple examples that did not make this list.

#1: If the VA tries to allege that your Military Sexual Trauma, and its resulting medical conditions, are the result of “willful misconduct” (this is the “she-was-asking-for-it-by-wearing-a-short-skirt-or-drinking-with-men” bullshit), I want you to STOP reading, and pick up the phone and get an accredited VA attorney on your side right now.

#2: If the VA alleges that your sexual orientation – even in the days of “Don’t-Ask-Don’t-Tell” (DADT) – was willful misconduct, I want you to STOP reading, and pick up the phone and get an accredited VA attorney on your side right now.

With 22 Veterans a day committing suicide – that’s 8,030 PER YEAR – it is clear from the VA’s statistics that they are not service-connecting the cause of death for the surviving spouse of the Veteran who committed suicide.

If you are the surviving spouse of a Veteran who committed suicide – intentionally or as the result of a mental condition (whether it was service connected or not) – please, please, please – contact an accredited VA attorney.  I don’t care if its my Firm or another Firm – just find an attorney to help you.

If the VA classifies the suicide as “intentional” –  the Veteran had a sound mind at the time of the suicidal act – the VA will classify it as the Veterans willful misconduct.

In 7 years of representing Veterans and their survivors, I have never – EVER – seen a VSO that knows how to properly handle a “suicide-based” Accrued Benefits or DIC claim.

Not a single time.