Why did two similar VA sleep apnea claims have such different results at the BVA? 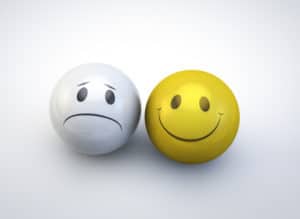 I hope this post can give you some insight into how to improve your VA sleep apnea claims.

By the way, these examples come directly from 2 actual BVA decisions.

This Veteran served in Iraq and Kuwait in 2003 to 2004.  He was diagnosed with sleep apnea in 2007, after his military service.  The VA Regional Office denied his claim.  When he got to the BVA the following evidence was in his C-File:

A VA C&P exam concluding that sleep apnea was “less likely than not” related to military service.

This Veteran served in Iraq.

In April 2004, he was treated – after his military service ended – for fatigue and insomnia.  He had traditional sleep apnea symptoms, and was diagnosed with sleep apnea in January 2007.

The VA Regional Office denied his claim.  When he got to the BVA, the following evidence was in his C-File:

Statements from the Veteran’s wife describing the sleep apnea symptomatology since the Veteran returned from Iraq until his 2007 diagnosis.

A VA C&P exam from February 2012 concluding the veteran’s sleep apnea was “less likely than not” related to military service, on multiple legal theories.

After first reading these examples, the obvious answer is that the private examiner’s opinion in VA sleep apnea claim #2 was what made the difference.

The obvious answer is the wrong answer.

In fact, in VA sleep apnea claim #1, the Board made this statement:

“The Board finds that [the] absence of complaints, findings, or treatment during service or post-service until sleep apnea was diagnosed in August 2007 is highly probative, contemporaneous evidence, along with other factors, showing that sleep apnea did not manifest in service.”

The BVA is saying that there was no lay evidence (or medical evidence for that matter) from service to diagnosis of the veteran’s sleep apnea.

The veteran in VA sleep apnea claim #2 had exactly that.

How does this help you in YOUR VA Sleep Apnea Claims?

The Veteran inVA sleep apnea claim #2 did it right by using lay, and medical evidence, together.

It was this evidence – the lay observation of symptoms and limitations of sleep apnea from time of service to diagnosis – which made the veteran’s private medical opinion so powerful inVA sleep apnea claim #2.

In fact, even if the Veteran inVA sleep apnea claim #2 had not had a  private medical opinion, that lay evidence would have completely undercut the VA C&P exam in that claim…because that VA C&P opinion did NOT consider the lay statements of the ongoing and chronic symptoms of sleep apnea from discharge to diagnosis.

It’s this simple: without a bullet, a rifle is powerless.

If you want to learn more about how to make lay and medical evidence work together in your VA sleep apnea disability claim, check out the Veterans Law Blog® “Build Your Sleep Apnea Claim Right” Field Manual Package.