Court Cases are SO MUCH MORE than just Statements of the Law. 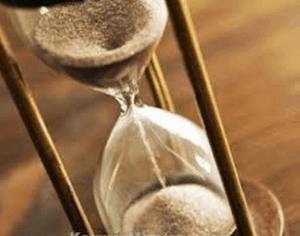 As lawyers – and even as Veterans – we have a tendency to take a Court’s holding in a case (the holding is lawyer-speak for the rule of law established, reinforced, or over-turned in the case) and distill it into a single sentence.

The Federal Circuit’s Decision in the Dixon v. Shinseki Case Could be Reduced to a Single Rule of Law.

A Federal Circuit Case, for example, could easily be reduced to a single sentence like this:

Dixon v. Shinseki, 741 F.3d 1367 (Fed Cir 2014): The Court of  Appeals for Veterans Claims abused its discretion when it denied the Veteran’s motion for an extension of the 120 deadline for filing appeal.

But there’s more to the story that is not so boring.  The rest of the story tells us exactly what we should be doing – NOW –  to improve  the outcome in our own VA Claims.

A chemical operations specialist serving in the Persian Gulf claimed serviced connection for a sarcoidosis resulting from exposure to oil fires, chemical fires, and diesel fires, burn pits, and anti-nerve agent medication administered to troops in Desert Shield and Storm.

The claim was denied in 2004 by the VA Regional Office, and in early 2008 by the BVA (lookie there…another Veteran waiting 4 years for a BVA Decision).

In 2012, the Veteran approached the Court and asked them to toll his deadline to file that appeal under a theory called equitable tolling.  He argued that he had been unable to timely file his appeal due to the effects of his service connected condition(s).

The Veterans Court denied that motion, saying this:

While “…[the Veteran] could not attend to, or focus on, the appeal process due to his mental and  physical infirmities…[the Veteran] failed to establish that his untimely filing was “the direct result of his illnesses.”

Do not confuse this with the – mythical – request for reconsideration at the VA Regional Office. That, my friends, is a pipe dream – a tactic used by VSOs to shut down appeals.

The Court granted the extension of time to file the Motion for Reconsideration, and then the race began.

How Hard can it be to get a Veteran’s VA Regional Office C-File?

Turns out, pretty damn hard.  I’ve been handling case for Veterans since 2007 – it never ceases to amaze me the roadblocks that the VA puts up to getting this simple file to the Veteran.

In Dixon,  however, the Veteran – and his attorneys – needed information in the Veteran’s C-File to prepare for and make its case for reconsideration – and they had about 30 days or so to get that C-File.

It is actually easier to build an airplane with toothpicks and bubble-gum than to get a C-File from the VA in under 30 days. I don’t think the Courts – the Veteran’s Court or the Fed Circuit –  have any idea how much of a nightmare it is getting a C-File from the VA – represented or unrepresented.  The VA excels at “running out the clock” while refusing to produce necessary information to the VA.

I have put together a 3 hour training course to teach Veterans not just how to GET their C-file from the VA (using a method that very few Veterans know about….that has REAL teeth if the VA ignores your request)…but how to USE the C-file to improve their VA Disability claim once they get it.

Back to the case at hand – the VA decided it wanted to manufacture its own victory – an option most courts would call fraudulent or unethical – by refusing to turn over evidence that the Veteran needed and that the VA had.  In this case, the  attorney tried valiantly to request the Veterans VA Regional Office C-File, and the VA refused to produce it.

(I don’t know what authority the VA Regional Office relied on to refuse production of the C-File  – if you use my C-File request method in this video training program, and the VA doesn’t produce it in a certain short period of time, you can file a lawsuit in Federal District Court to get a copy of that C-File).

By way of example, on January 2, 2014, my Firm filed a FOIA Request for a Veteran’s C-File that was in the Denver VA Regional Office.  They promptly ignored it.  After filing suit in Federal District Court on March 11, 2014 the file appeared in our office on March 26, 2014.

Here are some of the roadblocks that the  VA Regional Office in Denver threw up:

They offered to allow the law firm to come into the Denver Regional Office to “look at” the file, but they would not allow the lawyer’s paralegal to do so for at least 26 days – after the deadline to file the motion in this case, apparently.

It seems that the VBA in Colorado stole a page from the Phoenix VAMC playbook, and “wait listed” a  veterans request for an appointment, hoping  the claim would die.

The VA would not allow the attorney to make copies of the Veteran’s C-File, even on the attorney’s “dime”.

The lawyer offered to send the VA prepaid Fed Ex and UPS shipping labels to expedite shipping of the C-Files, and the VA declined that offer.

I don’t get it, Denver VA Regional Office – what the heck is so hard about getting copies of paper to Veterans in their VA Claims?!!?  Come on the Veterans Law Blog and tell our followers – if there is ANY legitimate reason for this.

In the end, the attorney did not get the Veterans C-File before the deadline to file the Motion for Reconsideration, and so the Veterans Court denied the Veteran’s request.

Veterans – every single day – face this situation at the BVA and VA Regional Office.

Unless the Veteran can see their  C-File prior to filing an appeal, the Veteran is typically powerless to file adequate pleadings.

And I dare you to get an extension from the VA Regional Office or BVA.

Someday, 50 years from now, someone will find the filing cabinet where all the Requests for Extension from Veterans are “disappeared”.  I’ve never once – in 7 years – heard back from the VA Regional Office or BVA on a request to extend a deadline.

It ultimately worked out for Mr. Dixon – the Federal Circuit reversed the Veterans Court, saying:

“[T]he Veterans Court erred in refusing to grant an extension of time…..[w]here a litigant is unjustifiably denied timely access to pertinent evidence in the possession of the opposing party, fairness dictates that he be granted an extension of time to allow him to obtain and review such evidence.…Denying a motion for an extension of time in situations in which the VA runs out the clock, refusing to produce relevant medical evidence until after the deadline ….has passed, serves only to reward delay and obstruction on the Agency’s part.”  (This has been MY argument for the last 7 years).

What Dixon tells us about Improving Our Own VA Claim: get your VA Regional Office C File.

Get your C-File NOW – before you need it on short notice.

Hell, the best practice is to regularly request an updated copy of your C-File at least every year.

To be clear, I fault nobody – other than the VA – for the failure to get the C-File.  This document is so important, however, that attorneys and Veterans alike should know:

1) How to get the C-File using my method – if the VA fails to respond within the short time that the law allows, you can sue the VA in Federal District Court.’

To his credit, VA Comp and Pen Director Tom Murphy has heard my – and other advocates – concerns about the C-File request delays, and told me on April 25, 2014, that  he is developing a Pilot Program where 5 Regional Offices (Atlanta, Albuquerque, Baltimore, Newark and St.Louis) are centralizing their C-File request programs and producing the files on CD-R to requestors.

2) Attorneys – you’ll like this – you might be able to recover attorney fees and costs under the Equal Access to Justice Act (EAJA) for having to sue the VA to produce a simple damn stack of paper.

(I’ve heard, but never confirmed, that the Chicago Regional Office has a backlog of 1,400 requests for Veterans C-Files. Talk about a “wait list”.  Sheesh.)

3) If you need to file an appeal in the CAVC or Fed Circuit, and you have not yet gotten a response to your request for your C-File, you might consider – before the deadline passes – asking the CAVC or Fed Circuit to stay the deadline pending the outcome of the Federal District Court litigation to get the C-File.  A Federal Court might be persuaded from considering a case when the outcome will be affected by another Federal Court’s decision.

4) If you need your C-File before you can file a NOD or a VA Form 9, or a response to a BVA 90-day letter, but the VA won’t produce it in time to file the document, you find yourself in a Catch-22.  The VA and BVA rarely acknowledge – no less respond to – motions for extensions of time, and you can’t file an incomplete document without losing your ground.  The best thing to do? File both a Request for extension and the pleading that needs to be filed.  And then start looking for  a Professional Advocate to help you in your claim and appeal.

Bottom Line: Get your C-File now. It’s too important a document, and there is no good reason to wait to get it.  Here’s 3 ways to get your C-File.