How to maximize a veteran’s COPD VA disability rating. 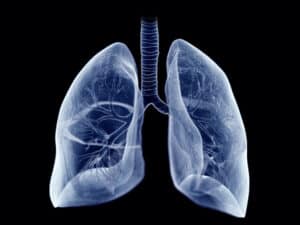 In this post, I hope to take some of the mystery out of how a veteran is assigned a COPD VA disability rating.

It is a lung disease that is characterized by a chronic obstructive of airflow in the lungs. COPD interferes with normal breathing; its progress can be slowed in certain situations, but it is not a reversible disease.

The limitation of airflow due to COPD is a “following” symptom – it takes many years to surface.

Long before the limitation of airflow, chronic cough and production of sputum in the lungs present. Some folks call it the “smoker’s cough” – but it is important to note that people who have never smoked can be diagnosed with COPD.

Equally important to observe is that not every veteran with a persistent chronic cough and production of sputum in the lungs will go on to be diagnosed with COPD.

How is COPD service connected?

COPD can be related to military service in any number of ways.

Veterans exposed to agent orange and other herbicides during the Vietnam war era can often establish a nexus to their COPD.  Same for the veterans serving in the conflicts and wars in Southwestern Asia and Middle East who have been exposed to the particulate matter in burn pits.  Additionally, many veterans have been exposed to fumes from carcinogenic substances and chemicals they were required to use in service.

These are not the only ways, but they are some of the more common ways that veterans establish that their COPD is service-related.

Many veterans trying to service connect their COPD have to overcome the VA’s belief that COPD is always and only caused by cigarette smoking.

It is true that in the general civilian population that smoking is the leading cause for COPD. About 50% of smokers eventually develop COPD. And while the statistics are all over the map, it is probably safe to say that 75 to 90 percent of the time, COPD is related to smoking.

However, it is important to note two points:

The chart below can be found at 38 C.F.R. §4.97 (DC 6004) for COPD.  You can also read up on how the VA raters manual approaches service connection and rating of respiratory orders by clicking here

Let’s take a minute to understand those measurements:

FEV1: measures how much air a veteran can force out of their lungs after a deep inhalation

FVC: how much air a veteran can force out of their lungs after a deep inhalation

FEV1/FVC ratio: a ratio which tells how much of the air your lungs expel is expelled in the first second.

DLCO (SB): this test measures the ability of your lungs to transfer oxygen to the blood. The measurement is done using carbon monoxide as the test gas, as it measures how much carbon monoxide is left when you exhale

The key to a COPD VA disability rating is the testing of airflow, as you can see above. The test to determine the airflow rates is called a “spirometry.

Spirometry is performed using a spirometer. A spirometer is a device, more commonly handheld in the present day medical setting. The veteran getting a spirometry takes a deep breath and blows forcibly into the device. The strength of the exhale is critical to accurate measurements, so your doctor may have you take multiple deep breaths with forcible exhales to ensure that you are breathing properly for the test and the test is producing accurate measurements of the lung capacity of a veteran with COPD.

A spirometry measures two things, primarily: how deep a person can breathe, and how fast air can move in and out of the lungs.

The measurement of those two things are known as the “forced vital capacity” (FVC) and the “forced expiratory volume in 1 second (FEV1).  The FVC measures how much air a veteran can force out of their lungs after a deep inhalation. FEV1 measures how much of that air is blown out in the first second of a veteran’s exhale.

The critical problem with the use of the spirometer is that the doctor must first calibrate the device based on a person’s race.

The theory, which originated at least as far back in the words of Thomas Jefferson, was that Black people had smaller lung capacity than whites. This nonsense theory was perpetuated by a medical periodical published in 1869 when a study of the comparisons of lung capacity in Black and white Union soldiers was published.

In 1922, at the peak of the KKK’s power in the United States, the Journal of the American Medical Association published a paper that perpetuated the myth that Black people have smaller lung capacity. Ultimately, when the spirometer was first invented, it included a race correction. Today, most commercial spirometers require that the doctor enter a veteran’s race before performing the spirometry.

You can read more about this in Professor Lundy Braun’s book “Breathing Race into the Machine,” which explores how the idea of race as genetic crept into science, medicine, and technology and tainted the objectivity of those disciplines.

The result of the “race correction” in spirometry is that the results create a fiction that the FEV1 and FVC of a Black veteran is actually better than it would be without the race correction. In other words, poor air circulation in the lungs and poor exhale volume and strength do not appear as bad if you shrink the capacity of the lung artificially.

Let’s say you get a really poor reading from the house-sized balloon: the exhalation force is incredibly weak for a balloon that large.  You might say that the airflow is 70 percent obstructed, for example.

Therefore, by shrinking the size of the balloon – or the lung – you mask the degree of the disability, making the airflow seem better than it actually is.

As a result, Black veterans are invariably rated lower for COPD – they get a lower rating for COPD based on the flaw in the test itself – and  any service-connected disability where the disability percent rating is connected to spirometry results.

For this reason, I think it is time for Black veterans (and Asian veterans who are treated similarly by the race correction in spirometer testing) to start adding challenges to their appeals of COPD (and other spirometry based readings) that the COPD VA disability rating (38 C.F.R. §4.917, DC 6604) has a disparate impact on Black veterans and violates their constitutional right to equal protection by artificially corrupting the test results to rate Black veterans with COPD as less disabled than their white counterparts.

If you are interested in making such a challenge, or if you are interested in improving your COPD VA Disability rating so it more accurately reflects your disability, please reach out to a law firm or lawyer who is familiar with raising constitutional challenges to VA rules and regulations before the BVA, the Court of Appeals for Veterans Claims and the US Court of Appeals for the Federal Circuit. (DISCLOSURE: This link is to a private law firm, who has paid the Veterans Law Blog® to include this link. Links on this site are not endorsement of the businesses providing the link).