The Holy Grail: An EASY Path to Proving Sleep Apnea is Service Connected? 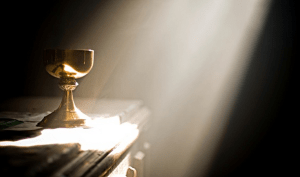 Proving Sleep Apnea is Service Connected – it’s the one thing I hear more about from Veterans than any other topic.

Veterans who are looking for the “easy” way to get sleep apnea service-connected will not find it – in my opinion, there is no such thing.  Like researchers that have been searching for the Holy Grail – the harder they look, the less they find.

Listen: you have got to know this:  sleep Apnea is a complex medical condition, and presents differently in each and every Veteran.

While it’s not really “hard” to prove service-connection of your sleep apnea, it’s most certainly not “easy”:   you are going to have to put in some “work”.

What do I mean?

If I accomplish one thing in this post, it is  to change the way that you think about your VA Disability Claim for sleep apnea.  I don’t want you to think about the EASY path to proving Sleep Apnea is service connected.

I want you to think about the BEST Path to proving Sleep Apnea is Service Connected.

Here’s Why Most Veterans are not proving Sleep Apnea is Service Connected.

From 2013-2014, the VA and BVA denied VA  benefits for sleep apnea in 76% of the appeals.  Most Veterans are not proving sleep apnea is service connected.  Honestly, they are just “saying” it.

Here’s what I mean – in BVA decision after BVA decision, I saw examples of  Veterans that  take a look at the VA Ratings Tables, see that they can get a 50% VA rating for sleep apnea with CPAP.

They then tell the VA that they have sleep apnea and a CPAP and hope that service connection for sleep apnea is granted.

Heck, I get an email or more a day from a Veteran that says this:

“My Sleep Apnea claim  was not granted.  I have a diagnosis and a CPAP…why aren’t they granting my claim?”

Some Veterans are taking it a little further and going to the VA with this:

“I have had problems breathing and sleeping since I was stationed near burn-pits in Iraq and now I have sleep apnea”.

Even with that little bit of extra information, almost all Veterans are still being denied service connection for sleep apnea.

Even as Veterans Claims for Sleep Apnea soar, it is clear that the VA DOES NOT understand the full scope of how sleep apnea occurs, medically or factually.

The VA – and frankly most of America – still thinks of Sleep Apnea as a condition for the  “…obese male with a big neck.”  They think – wrongly – that sleep apnea is not the kind of disability associated with a wounded warrior.

To prove that sleep apnea is service connected, the smart Veteran is  going to have to connect the dots for them.

And that means you are going to have to think through your sleep apnea claim. That’s what Veteran Lee G. did – Lee’s VA claim changed when he read my Sleep Apnea book:

“Chris gave me the knowledge to file a claim for Sleep Apnea.   I read his information, submitted medical documents, received a Letter of Nexus or comments from a VA contractor doctor.

The BEST Path to Proving Sleep Apnea is Service Connected.

I told you at the beginning – I want to change your thinking.

Here are the ingredients to a properly developed claim for sleep apnea:

*A good medical understanding of the unique CAUSE/ORIGIN (what doctors call etiology) of YOUR sleep apnea.

* A good Lay and Medical presentation and assessment of the sleep apnea symptoms you have had from service, or service-discharge, to the present day.

* A 5-Star medical opinion, resting on 5-Star Lay and Medical Evidence, that demonstrates HOW your Sleep Apnea is related to military service.

Those are the ingredients.   How you mix them is the hard part.

It’s one thing to give you the ingredients for a chocolate cake.  It’s an entirely different thing to mix those ingredients  so that they turn into a cake.

That’s what you REALLY need – you need the RECIPE for proving that sleep apnea is service connected.

It’s no secret, I have written THE book on how to file a VA disability claim for sleep apnea.

And I found that MOST Veterans with Sleep Apnea claims and appeals  fit into 1 of 4 common scenarios.

Scenario 1: Diagnosis of Sleep Apnea First Occurs a Long Time after Service, with no evidence of sleep-breathing problems in the Military Service, or Military Medical, records.

Scenario 2:  The Veteran has a current diagnosis of sleep apnea.   There is evidence of sleep breathing problems in-service, in the Veteran’s service medical records, or lay evidence of these problems during the period of military service,  but no diagnosis of Sleep Apnea “in-service”.

Scenario 3:  The Veteran has a diagnosis of Sleep Apnea in the Military Service Records, or during the period of service.

Scenario 4:  The Veteran has one or more conditions service-connected, and is claiming that those conditions CAUSED the sleep apnea.

In my book “Put it to Rest! Your VA Sleep Apnea Claim”, I’ll  give you the recipe for each of those 4 scenarios.  I’ll also show you:

* The Key Question to be resolved in EACH scenario

* Solutions to the Most Common Errors in Sleep Apnea claims