4 Ways the Veterans Surviving Spouse May be Walking Away from BIG VA Benefits. 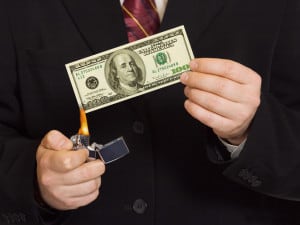 Veterans Surviving Spouses are throwing away benefits – and in some cases are being lied to by the VA or VSOs.

I have a personal interest in these kinds of claims – my own grandmother (the surviving spouse of a World War 2 Combat Veteran) was lied to by the VA and several major VSOs, who told her she wasn’t eligible for survivor’s compensation.

Turns out she WAS entitled to many benefits owed to a Veterans Surviving Spouse….had she received those benefits, it would have changed the course of her family’s lives for generations.

One of the benefits that are commonly overlooked by – and denied to – the Veterans Surviving Spouse is DIC.

DIC is shorthand for Dependency and Indemnity Compensation.  It is  a benefit paid to certain Veterans Surviving Spouses when a Veteran dies from a condition that was related to military service.  The following survivors are typically eligible to apply for DIC:

Veterans Surviving indigent parents (when Veterans has no other next of kin).

How much is DIC for a Veterans Surviving Spouse?

You can read the complete and current DIC tables at the VAs website, here.

Also, you can start reading at the following linked text to find out who is eligible for Dependency Indemnity Compensation (DIC)

Scenario #1:  The Veteran NEED NOT have filed a claim for service connection during his or her lifetime.

There is a specific type of DIC, called Section 1310 DIC, which does not require that the Veteran have even filed a claim for service-connection during his/her life.

If a surviving spouse believes that a Veterans death was caused by a condition that was – or should have been – service connected….whether the Veteran filed a claim in his/her lifetime or not …. that survivor should file a claim for DIC immediately, and then contact an accredited VA attorney immediately if it is denied.

Now, there is a type of DIC – called Section 1318 DIC – which DOES require that a claim be received during the Veteran’s lifetime.  Again, understanding the difference between the  types of DIC claims often requires the guidance of an accredited VA attorney.

Scenario #2: When a Veteran is rated 100% (permanent and total) for 8 years prior to death, higher rates of DIC are available.

If the Veteran was rated at 100% Permanent and Total for 8 years prior to death, the Surviving Spouse is entitled to what is called “Enhanced DIC”, which begins at $1,473 per month.

“My husband or wife was only at 100% for 6 years and so I am not eligible for Enhanced DIC.

“My husband or wife was only at 70% for 10 years, so I’m not eligible for Enhanced DIC.

Don’t assume you are not eligible.  The VA makes errors in service connection claims like I make “eggs for breakfast twice a week” – its an incredibly common occurrence.

Have an  accredited VA attorney with experience in survivors benefits matters take a look at the Veteran’s C-File to see if the Veteran has an accrued benefits claim that might help you receive a higher rate of Dependency and Indemnity Compensation. (DIC).

Scenario #3.  The VA MUST decide Accrued Benefits claims before it denies DIC claims.

I see this happen once a month – at least.  The Veteran passes away while his or her claim is pending at the VA.

The spouse applies for DIC and Accrued Benefits (the benefits that the Veteran should have received during his or her lifetime but for the fact that the VA dragged its ass on the Veteran’s claim), and the VA denies the DIC on the grounds that the cause of death was not “service-connected”.

We handled a case for a Vietnam Veteran’s surviving spouse just last year, and confirmed what we thought was true: Survivor’s DIC and Accrued Benefits claims are what the law calls “inextricably intertwined” – you can’t deny one (the DIC) without deciding all of the others (Accrued Benefits).

Are you the surviving spouse of a Vietnam-era Veteran that served in Thailand during the Vietnam War?  I see this Scenario play out very frequently in claims for these survivors.

Scenario #4. The VA MUST look at your DIC claim  – without regard to any prior denials of the underlying service connection claims.

This is one that I would wager 90% of VA raters don’t know. 38 CFR 20.1106 requires that, in any DIC claim (except treason), “…a survivor’s claim for death benefits will be decided without regard to any prior disposition of those issues during the veteran’s lifetime.”

How might the above situations  translate into dollars for a Survivor of a Deceased Veteran:

Here’s a story about a case my law firm –  Attig | Steel – won or a Veterans Surviving Spouse.

I  represented the Veteran during his lifetime – he had a claim pending for service connection of a condition related to Agent Orange exposure.

He died while the claim was pending – we tracked down the Veterans surviving spouse and helped recover not only DIC, but also over $250,000 in past-due accrued benefits.

This is money that NO VSO told her about.  No VA employee indicated she might be eligible for these benefits – in fact they denied her claim for Veterans Surviving Spouse Benefits.

While recovering amounts this large is a rare situation, the underlying facts are NOT rare.

My law firm has helped so many Veterans Surviving Spouses recover benefits that the VA and VSOs pretend don’t exist that its almost mind-numbing how willing the VA is to overlook those who made service possible for so many Veterans..

Bottom line –  if you are a surviving spouse of a deceased Veteran, do yourself a BIG favor: get in touch with an accredited VA attorney to see if you are leaving compensation and Veterans Surviving Spouse  benefits on the table.