5 Steps to VA Benefits for Survivors of Thailand Veterans Exposed to Agent Orange…. 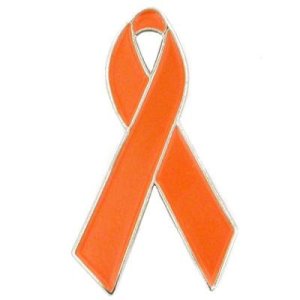 In 2009-2010 the VA issued new guidance on the handling of Veterans’ disability compensation claims that included allegations of exposure to Agent Orange in Thailand.

The guidance is complicated, but the general gist is that some Veterans that served in Thailand during the Vietnam War are going to be presumed exposed to Agent Orange.

What does this have to do with VA Benefits for Survivors of Thailand Veterans Exposed to Agent Orange?

If your spouse died because of a condition that resulted from exposure to Agent Orange while he or she served in Thailand during the Vietnam War, then it is likely that the VA denied your claim for DIC and Accrued Benefits on the grounds that there was no evidence that your Veteran spouse was exposed to Agent Orange in Thailand.

In fact, over the last few years, I have  read several VA Ratings Decision  that said exactly this: shockingly, the VA tried to pretend that the new Thailand-Agent Orange guidance never came out.

What should a Vietnam Veteran Survivor Do in this situation?

These cases can dramatically change the financial situation of a surviving spouse of a Vietnam Era Veteran that served in Thailand and died of a disease or condition presumptively caused by Agent Orange.

Here is the situation:

1) Your spouse served in Thailand during the Vietnam War,

2) Your Spouse died of a condition that is presumptively connected to Agent Orange Exposure, and

3) The VA  has previously denied your  DIC or Accrued Benefits claim?

If you are in that situation, follow these 5 steps:

Get a copy of the late Veteran's C-File, and identify ANY evidence in that file that shows where the Veteran served in Thailand.

Start looking through anything you have from the Veteran's years of service - diaries, letters, pictures, statements of service buddies, etc - what you are looking for are any hints of the type of duties the Veteran performed in Thailand during the Vietnam War for which the VA is conceding Agent Orange exposure.

Document any of your recollections of what the Veteran did in Thailand - any memories of him telling you he served on the perimeter of the base, went on patrols, responded to attacks/alerts/sniper incidents on the base, etc.  Document that using the Sworn Declaration - not the VA Form 21-4138 (this form is utterly useless, in my opinion).

Example: we had one surviving spouse that remembered her husband telling her a story that the plane on which he was a crew-member, took off from Thailand, was hit by anti-aircraft fire, and had to do an emergency landing in the Republic of Vietnam.  Based on this information, lawyers and paralegals at my firm were able to use military records procured through the Freedom of Information Act to put the Veteran's Boots on the Ground in Vietnam and avoid the entire need to prove perimeter service on the Royal Thai Airbase.

Using the information above, file a request to reopen your claim at the VA Regional Office, based on new and material evidence about the Veteran's exposure to Agent Orange in Thailand.

If you cannot find new and material evidence to reopen your claim, or if the VA Regional Office continues to deny your claim after filing New and Material Evidence, start calling attorneys - you are going to need help on this one.

When it comes to Agent Orange in Thailand, the VSOs don't "get it", yet (with the exception of the Vietnam Veterans Association, who is on top of Agent Orange claims in every case I've seen)

I learned that one VSO was turning survivors away saying that there was no connection between Agent Orange and Vietnam era  Veterans that served in Thailand.

Unsurprisingly, this was the DAV - this organization continues to impress me with everything that it does NOT know about VA claims for Veterans and Survivors.

The VA may grant your reopened claim, but they typically do not.

You will want to start now trying to identify a lawyer that is right for your VA Claim.

Finding an attorney that understands the VA Benefits for Survivors of Thailand Veterans Exposed to Agent Orange may take a little bit of time.

Read my FREE Veterans Law Guidebook: 8 Things Veterans Should Know Before Hiring an Attorney"...get my 25+ question checklist and learn how to spot the real-deal that is a true Veterans advocate and not some fly by night shuckster.

I'm also getting ready to release another VA Benefits Field Manual - this one is the VA Survivor's Field Manual, that will walk Veterans' Survivors through the benefits available to them when their Veteran spouse passes away. 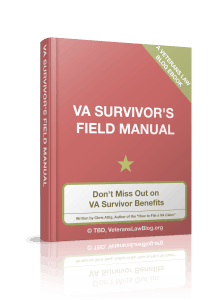