SMC-T: VA Disability Special Monthly Compensation for some veterans with a TBI. 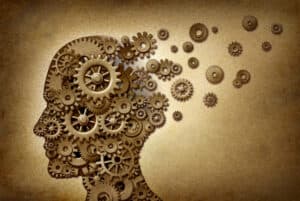 To understand SMC, you must understand the basic principle behind the rating aspect of a VA disability claim. Typically, when your condition is “rated” – i.e., assigned a percentage of impairment – the percent the VA awards is based on an “average impairment of earning capacity.”

That means that the VA is trying to equate your disability to the economic/financial impact on veterans as a whole who have the same disability.

SMC compensates for those economic factor because, with the exception of SMC(k), the SMC rates are in lieu of schedular disability compensation and meant to compensate for additional non-economic considerations such as: personal inconvenience, social inadaptability, or for profound disabilities. See VA OGC Precedential Opinion 5-89 (March 23, 1989).

There are generally two levels of SMC: basic levels and higher levels. Basic levels focus on loss or loss of use of body parts or systems. Generally, the basic levels are SMC(k) and SMC(s), and in some respects, SMC(l).

This is where SMC can start to get tricky – the full step and half-step increases. I’ll explain those more in another post.

What is SMC T?

Seven years after the passage of this law, the VA finally got around to issuing regulations that addressed the criteria under which they would award SMC T. You can find those regulations at:

Do not confuse the SMC T passed into law in 2011 with the SMC T rate that was discontinued in 1986. Totally different benefits. The old version no longer applies, though there almost have to be veterans still receiving that benefit. However, in 13 years of practicing, I have not yet seen one.

SMC T is a level of VA Special Monthly Compensation meant to aid some veterans in dire shape because of the residuals of a Traumatic Brain Injury (TBI).

TBIs are widespread among veterans. TBIs the “topic-du-jour” for veterans who served in Iraq and Afghanistan due to the prevalence of roadside bombs and various explosives. But many veterans of all generations have suffered from a TBI – they are, essentially, closed head wounds resulting from – in layman’s terms – a jarring impact (percussive or concussive) to the skull, the brain, or the lining between them.

As to the current version of SMC T, a Veteran is entitled to SMC T when they show ALL THREE of the following elements

This can be confusing, as the BVA is fond of saying that for SMC T, you do not build on the lower levels of SMC. As you can see, however, this is not technically correct.

When the VA determines you are entitled to SMC T, you will be paid a dollar amount equivalent to SMC(o) plus SMC(r)(2).  is equal in dollar amount to the highest level of special monthly compensation, SMC(r)(2).

How to establish entitlement to SMC T.

First and foremost, you will have to have a service connected TBI. However, if you are still fighting for service connection, and believe you would be entitled to receive SMC T when your TBI is ultimately service connected, go ahead and ask the VA to consider SMC T.

They won’t consider it until you service connect the TBI, but at least you have expressly raised the issue of entitlement to SMC(2), which could help you get a much earlier effective date for this special monthly compensation.

Second, as a practical matter, you are going to have to establish entitlement to aid and attendance under the criteria of SMC(l) … that’s an “L” not a 1.

The VA will not authorize a medical exam and opinion for SMC T unless the veteran has already qualified for SMC(l).

Generally, a veteran is entitled to SMC(l) when, due to a service connected disability, (s)he has suffered the loss, or loss of use of both feet, a hand and a foot, blindness in both eyes, permanently bedridden, or so helpless as to need regular aid and attendance as described in 38 C.F.R. §3.352(a).

That’s a mouthful – I’ve got a post coming on SMC(l), and when it is live, you can click here to learn about what it takes to qualify for SMC(l).

Now, you do not need to file an application for SMC – it is inferred in any claim with a 100-percent rating or, where that rating is not a prerequisite, where the facts reasonably raise the issue of entitlement to SMC.

This is tough to answer and cover everything – when it comes to proving entitlement to a VA benefit, there are as many ways to prove that entitlement as there are claims.

In other words, the evidence that you use to establish entitlement to SMC T will depend on your unique circumstances. This is a valuable benefit – and often life-changing for veterans severely disabled by a TBI and their care-givers – so you may want to reach out to a lawyer on this one. I don’t often say this – I believe most vets can prove their own basic disability compensation claims using my 8-step model. I cannot say the same for SMC.

In fact, I will go a step further and say that any accredited VA attorney who is honest is going to tell you that we all struggle with SMC. The regs are convoluted, in some cases non-sensical, and they are administered by a bureaucracy that does not fully understand SMC, either.

While lay evidence is incredibly powerful in a VA claim, a letter from Aunt Betty that you are bedridden and that without SMC T you will need nursing home care. That may be enough to trigger the VA to consider an SMC exam (it also may not be, depending on the rest of the facts of the case).

SO here’s the takeaway: when it comes to trying to establishSMC T, you are looking for the most competent and the most credible evidence, that clearly reasons the factual bases needed to recover an SMC T benefit.

Do you see the trend in the above examples?

You should plan to establish each different element of an SMC T claim with evidence that is clear, extensive, unquestionably competent and credible and a thoroughly reasoned opinion of a medical or licensed care provider (nursing home, home health care programs, for example).

Let me know, in the comment section below, if you have any questions about VA Special Monthly Compensation, specifically SMC T.