Can you use the Common Law Mailbox Rule to presume the VA received your claim or appeal? 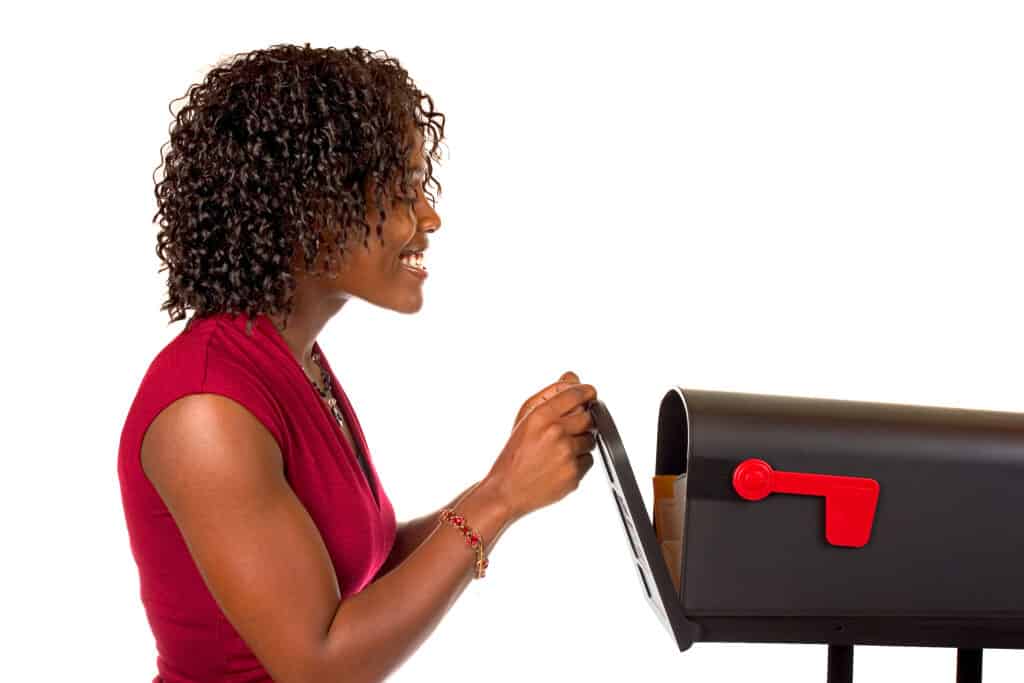 The case of Anania v. McDonough, which deals with the “common law mailbox rule” and its presumption of receipt of properly mailed items, is a big win for veterans.

For years, the Veterans Court has strictly limited the availability of the “common law mailbox rule” to presume that the VA received something that the veteran or survivor mailed to it.

This case changes that – and provides basic,  reasonable, and veteran friendly elements that must be established to invoke the presumption that the VA received what the veteran properly mailed.

So I’m going to shorten up this case’s procedural history. As with most appeals in the Legacy Appeals system, this appeal bounced to and from the Veterans Court like a paddle ball. This case went back and forth between the BVA and the CAVC at least 3 times before we got the CAVC memorandum decision that could be appealed to the Federal Circuit.

The Facts of the Anania Case

Mr. Anania had until March 3, 2010, to file his substantive appeal to a VA SSOC.  Remember under Legacy Appeals, getting to the BVA required veteran first file a NOD, then wait for the VA for years to issue a SOC, then the vet had 60 days to file a VA9. The appeal would be certified to the BVA and docketed for hearing or decision.

In June 2012, counsel for veteran sent a letter on behalf of Mr. Anania to the Board of Veterans’ Appeals (Board or BVA) requesting confirmation that it had docketed Mr. Anania’s substantive appeal. The VA issued an SSOC finding that the VA9 had not been timely filed and, in appealing that to the BVA, the veteran’s lawyer prepared a sworn declaration explaining how he properly addressed, stamped and placed for delivery in the mail the VA Form 9.

What did the BVA and Veterans Court say about the common law mailbox rule?

The BVA held that an affidavit by the veteran’s attorney was so self-serving that it couldn’t overcome the presumption of regularity.  The Veterans Court – Judge Schoelen, who served as a judge from 2004 to 2019, when she took senior status  – held that “a party’s own self-serving testimony” per se insufficient to establish the presumption of receipt under the common law mailbox rule.

Mr. Anania appealed to the Federal Circuit, which reversed the Veterans Court.

The Federal Circuit started with an explanation of what the common law mailbox rule was.

What is the Common Law Mailbox Rule?

That rule, which derives to at least the early 1800s, and was well accepted in American law by the 1890s, stated that ‘if a letter properly directed is proved to have been either put into the post office or delivered to the postman, it is presumed, from the known course of business in the post office department, that it reached its destination at the regular time, and was received by the person to whom it was addressed.’ ”

In layman’s terms – if you put something in the mail – properly – it is presumed to have gotten there.

The rule is not conclusive, it is an inference of fact, and like most presumptions, can be rebutted. But the burden to rebut is on the VA – because in terms of the common law mailbox rule, the presumption is that a properly addressed, stamped, and mailed item reached its destination.

How did the Federal Circuit decide Mr. Anania’s appeal?

The Federal Circuit then looked at the case law in the Circuit.

The Federal Circuit then surveyed caselaw in several other federal circuits: the Second, Third, Fifth, Sixth, Ninth. Those circuits overwhelmingly held that a sworn statement can be credible evidence of mailing for the purposes of invoking the mailbox rule.

And that’s what the Federal Circuit held:

A sworn declaration or affidavit from a veteran or his counsel with sufficient specificity can be sufficient to invoke the common law mailbox rule’s presumption that the VA received a filing it did not have in the claims file.

First, if the sworn declaration is conclusory, it may not be sufficient to invoke the presumption of receipt in the first place.

Second, if the VA can sustain a credibility challenge to the affidavit, that may be enough to overcome the presumption. There are really only three ways in the law to impeach someone’s credibility: perception, bias or integrity. They did not personally perceive the facts at issue, they have a bias towards one side or another that is sufficient to question validity of one’s observations, or the facts lack integrity with other facts in the record.

So what does Anania holding mean for your VA claims and appeals?

The VA’s inability to manage its mail – incoming and outgoing – is notorious.

BEST practices in dealing with delivery of documents to the VA:

First, an electronic proof of delivery is ideal: a fax transmission receipt, a digital stamp from direct uploads to the VA’s VBMS system, email, or postal service tracking features.

Second, short of that, certified mail and mail logs are the best and most persuasive ways to show that something was properly mailed to the VA’s evidence intake center and may be presumed to have been received.

Third, if you don’t have these things, use a sworn declaration or an affidavit with sufficient specificity, covering these points:

You don’t need to go overboard with specificity: you don’t need to say “first I walked out the front door. Then I said hi to my neighbor. Then I stopped to weed the flower-bed. Then I put the letter in the mailbox….” You get the idea. Don’t go overboard – what we are looking for here are enough facts to show that the statement that you mailed the letter is not conclusory.

If you don’t want to spend the extra $8-10 on certified mail, whenever you send something to the VA, prepare this affidavit and keep it in your “important VA papers” folder.

If you do this every time, you effectively create a mail log. And, the more contemporaneous your sworn declaration to the mailing at issue, the more difficulty the VA will have in overcoming the common law mailbox rule’s presumption of receipt.

And one final word of caution: if you did not mail something, don’t try to use this method to show that you did.

First, experienced attorneys are cynics, and cynics work hard to disprove things because they don’t want to be wrong. A BVA attorney, a BVA judge, a Court clerk, or a Court attorney is going to find the integrity issue in the record.

Second, to do so would be to commit fraud against the US government and, among other penalties, could lead to severance of any service connection benefits that resulted from the fraud.

But, if you did place a document in the mail, properly addressed and stamped it, you are entitled to rely on the presumption that the VA received what you mailed.  In that case, use this tool to put the ball in the VA’s court to prove that they did not receive what the law presumes they did.

AT THE FEDERAL CIRCUIT

AT THE VETERANS COURT:

AT THE BOARD OF VETERANS APPEALS (BVA):

The Veterans Law Blog® would like to thank the law firm of Attig | Curran | Steel, PLLC at BVAappeals.com for their generosity in providing these videos summarizing important decisions in veterans law from the US Supreme Court, the US Court of Appeal for the Federal Circuit, and the US Court of Appeals for Veterans Claims.

These summaries are designed to educate veterans, veterans service officers, accredited VA agents and veterans attorneys on changes in veterans law announced by the Courts whose precedents guide the VA and BVA in their adjudication of VA disability compensation and appeals.

These videos do NOT constitute legal advice – they are meant to be educational in nature, explaining to veterans and advocates how and why these three Courts make the decisions they do. If you wish to contact the law firm of Attig | Curran | Steel about your VA claim or appeal to the Board of Veterans Appeals, the US Court of Appeals for Veterans Claims, or the US Court of Appeals for the Federal Circuit, please do so through that firm’s website, linked here.