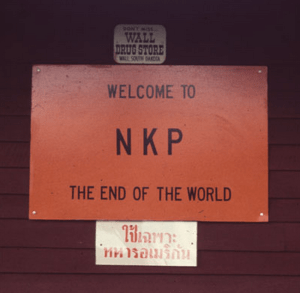 Veterans of the Vietnam War have all been treated differently – but none more different than Agent Orange Thailand vets:

Soldiers that can prove “Boots on the Ground” in the Republic of Vietnam are presumed exposed to Agent Orange.

Navy Veterans that served on ships in the inland waterways – the so-called Brown Water Navy Veterans – are entitled to a legal presumption that they were exposed to Agent Orange.

Some Veterans of the Vietnam Era that served in Korea were exposed to Agent Orange when the Department of Defense tried to defoliate portions of the Demilitarized Zone – click here if this describes your Vietnam Era service.

Thai Vets – Vietnam Era Veterans that served in Thailand during the war (as well as those in the Philippines and Okinawa) have long been the “orphans” of the Agent Orange catastrophe.

Why Agent Orange Thailand Claims May Be Getting a Little easier.

Though any Veteran that was stationed at Takhli, NKP, and many other Air Bases in Thailand can tell you that the vegetation around their perimeter quickly vanished after being sprayed, the VA and DoD have  long denied that Agent Orange was used in Thailand.

In May 2010, however, the VA issued a Compensation and Pension Bulletin that addressed the process that the VA should follow in handling Agent Orange claims for Vietnam Era Veterans stationed in Thailand.

The VA’s Process for Agent Orange Thailand Vets (since 2010).

Generally, here is how the VA’s process is working.

It is currently being used in Agent Orange Exposure claims by military veterans who served at some of the following Royal Thai Air Force Bases: U-Tapao, Ubon, NKP (Nakhon Phanom), Udorn,  Takhli, Korat or Don Muang, and others.

(Two other Thai bases where my law firm has heard of successful proof of Agent Orange exposure is Ramuson and Phu Mu).

If the military Veteran claiming Agent Orange caused a medical condition provides a lay statement that he (or she) was involved with perimeter security duty, and there is additional credible evidence supporting this statement, then – at least in theory – herbicide exposure on a “facts-found” or “direct” basis can be acknowledged.

The key phrase is “additional credible evidence supporting this statement”. What does that mean?

I believe this is a ridiculous distinction that ignores the reality of military life.

As one Veteran recently said to me:

“If the perimeter was being probed, and the alarm was sounded, you didn’t sit in your hooch sucking your thumb while the MPs took care of things.  No – everybody went out to the perimeter and took up positions.”

Regardless, the VA is still wanting some corroborating evidence that a service-member performed “perimeter duties”.

What is Additional Credible Evidence?

Here are some examples of "additional credible evidence", as used above, that you might want to verify is in your C-File:

2) You have a buddy statement from someone that manned a bunker on the perimeter with you on a frequent or regular basis.

4) If part of your duties were to drive company or field grade officers around the base, and were frequently up on the perimeter with the officer, this may be sufficient to service-connect your condition to Agent Orange exposure.

5) If you are one of the few military veterans that has a copy of anything from your PCS flight from Thailand to a CONUS base, then it may be possible to show that you had "Boots on the Ground" in Vietnam.  Most - if not all - flights from a RTAFB taking soldiers from Thailand to the CONUS base passed through Vietnam, landing to deboard and refuel at Tan Son Nhut in Saigon.

6) If you assisted in Agent Orange (and other herbicide) spraying operations at Royal Thai Air Bases.

7) Unit Histories showing that your unit worked on or near the perimeter of a base where Agent Orange was used.

These are just a few of the ways that you can gather this additional credible evidence to corroborate perimeter duty on a US base in Thailand during the Vietnam War.

Bottom line - if you are a Vietnam Era Veteran that served in Thailand, and remember performing work on the air base perimeter, you are entitled to an opportunity to prove  exposure to Agent Orange on a "facts found" or direct basis..

There is one thing you can do today to make sure that all the evidence in your C-File says what it needs to see:  Get a Copy of your C-File.

I have found that many of the "Thai Agent Orange" files are missing evidence that could help get the claim granted more efficiently - but the Veteran never know because they don't have a copy of their C-File.

If you are a Veteran who served on a base in Thailand trying to prove your own Agent Orange exposure claim, you can always reach out to an accredited VA attorney - for example, proving up appeals for Thai Veterans is one of the types of cases that my firm really enjoys doing