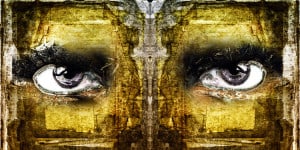 The case had to do with both the easiest and the hardest kinds of claims.

One of the easiest (arguably) VA claims is the knee disability.  The rating criteria is straightforward, albeit a little unusual.  The VA handles MILLIONS of them every year, and should have it down to a science.  Unfortunately, they don’t.

One of the hardest (arguably) VA claims is the Military Sexual Trauma claim. There’s a bunch of reasons why they are so difficult for Veterans.

[As an aside, the VA has taken to calling military sexual traumas “personal assaults”.  This term, in my opinion, so incredibly diminishes the sexual assault, rape, sodomy, and its resulting personal, emotional, mental, financial and professional harms.  My operating theory for this is that, like most bureaucracies, the VA needs to find mechanical language to describe a human situation – otherwise, they could not justify ignoring the serious and substantial harm that results from rape, sexual assault, gang rape & sodomy in the military.]

Today, I want to talk to you about just one of those reasons: credibility.

In Military Sexual Trauma claims, the VA is Going to Challenge your Credibility.

I’m talking about “The VA is calling you a liar” attacks on your credibility.

Read this quote of language from a BVA decision in a sexual assault claim:

“[T]he veteran has provided testimony under oath regarding her family history as well as her education and work history, which are in direct conflict with information she provided to her health care providers.

They cannot possibly have all been true.

It is the Board’s belief that there was indeed a family history of alcoholism and she denied this under oath in an attempt to bolster her claim that there was a change in her behavior (alcoholism) which was caused by inservice trauma.

Given her conflicting statements, and especially since she denied, under oath, having a family history of alcohol, the Board finds her not to be credible….”

Without knowing anything about this case, can you see what the BVA Judge has done?

He (or she) has used different statements from a Veteran about a rather irrelevant piece of information – her family’s history with alcohol – to totally destroy the Veteran’s credibility on the issue of whether or not she was gang-raped after baby-sitting for officers in her chain of command.

Who reading this blog entry believe that a statement about your family’s alcohol history has any bearing on whether or not you are telling the truth about being gang-raped in the military?

And since when did the BVA become the “decider” and “determiner” of when there is or is not a history of alcoholism in a Veteran’s family?

And…by the way…contrary to what the VA says, both can be true.  I know many households where, after a period of alcohol abuse by a family member, there is no longer alcoholism in the family and it’s not permitted in the house. Not saying that is the case in the BVA decision quoted above, but I generally have a problem with absolute statements.

In law school, I clerked with the Harris County Attorneys’ Office, supporting the attorneys that terminated parental rights for parents that abused – or allowed sexual abuse – of their children.

I saw  many, many legal cases and custody lawsuits involving sexual assault of minor children.

When someone in those cases applied the “blame the victim” approach, the  wrong result always happened.  A few children died because someone “blamed the victim” instead of trusting their report of sexual abuse.

The result of this type of nonsense, over time, creates the scenario where Veterans do not report or seek compensation for the in-service rape, sodomy, gang-rape, or other type of sexual assault they have suffered through.

The Veteran feels that they have to be “the perfect witness”.

And to some extent, the BVA currently tries to hold them to the “perfect witness” standard. (The above-quoted BVA Decision was 2008).

How Will the VA Attack the Credibility of a Military Sexual Trauma Survivor?

The VA Regional Office and the BVA are going to dig through your record  to find something – anything – wrong with your story and deny you.

If you have no police report, it’s easy.

If you have a police report, they will come after your personal and family life (drug or alcohol use, for example).

Then there are the “She was asking for it” and “Men Can’t Control their Urges” rationales.

And if you smoked marijuana two years before joining the service, then you are a pot-smoker and can’t be trusted.

You get the idea.

It is a failing of the system that we cannot admit that our military has the same problems as all militaries through history – rape, gang rape, and sodomy of men and women in uniform.

Having said that, this is even more important….

There are ways to prevent this kind of “credibility” attack.

There are ways to rehabilitate a witness who a BVA fact-finder may believe is not credible.

You do not have to be the perfect person, or the perfect witness, to succeed in claiming VA disability compensation for the physical and mental conditions that result from an in-service rape, gang-rape, sodomy, or other sexual assault.

Have an attorney with real trial experience look at your VA disability claim.

Though the VA disability claims process is not a trial setting; I believe that having an honest-to-goodness trial lawyer look at your claim is important because we – trial lawyers, that is – know that legal credibility can make or break a case.

We know how to tell the story differently so that the jury (at least in trial), sees the facts used to assess credibility in a different light.

In the example, above, I may not have allowed my client to testify in front of the BVA fact-finder; there might have been indications in the prior BVA decision that the fact-finder wasn’t going to decide for the Veteran.

The Bottom Line for Veterans Claiming Benefits for a Military Sexual Trauma:

The bottom line is this – if you are seeking compensation in a VA disability claim for the mental or physical conditions that result from a rape, gang-rape, sodomy, or other type of sexual assault while in military service, find an advocate that you trust.

It doesn’t matter to me who it is: VSO, attorney, or otherwise.

Just make sure it is someone you trust to not only tell your story, but try to prevent the BVA fact-finder from using the mis-steps of your past as ammunition against you.

In these types of cases, more than any other type, the Veteran needs a voice to tell their story –  a voice other than their own.