What You Need to Know about VA Sleep Apnea Claims. 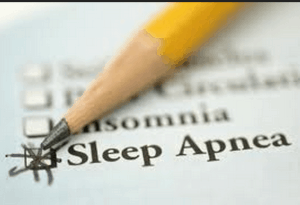 The number of Veterans with a Sleep Apnea disability is sky-rocketing.

In 2012, the last year that I have statistics, over 114,103 Veterans were granted VA Compensation for their sleep apnea.

There are a lot of reasons for this, but they include these 2 big ones:

This new knowledge is taking a couple forms.

First, there is improved knowledge in the Veterans community about what is available to Veterans.  The VA‘s Direction of Compensation and Pension, Tom Murphy, was asked about VA Claims for Sleep Apnea, and said this:

Veterans today, he said, simply “are more aware of what their benefits are and are taking advantage of it.”

Second, advances in medicine are showing us that there are 3 different kinds of Sleep Apnea, and that each has a different set of causes.  Sometimes physical, sometimes neurological, sometimes  the cause of sleep apnea in veterans is unclear.

Veterans Are Finding it Hard to get VA Sleep Apnea Claims Approved.

While Modern Medicine dispels the myth that only obese people get sleep apnea, it is still very hard for Veterans to get their VA claims for sleep apnea approved.

While more veterans are filing VA Sleep Apnea claims, more are being denied: between 2013 and 2014, over 75% of Sleep Apnea appeals to the BVA were denied.

They are often dealing with  being exhausted from lack of sleep, struggling with insomnia, or learning how to sleep with a new CPAP machine.

Other Veterans aren’t aware that their lack of sleep is because they stop breathing in their sleep several times a night.

Their husband or wife tells them that they stop breathing in their sleep, they are exhausted every morning upon awakening, but they still haven’t sought treatment for this dangerous sleep breathing disorder.

Still others that are aware they have sleep apnea do not know how to prove to the VA that sleep apnea is related to their military service.

#2: VA Doctors don’t Always “Get” the Most Current Updates in Medicine.

I’ll wager this VSO fatcat’s  annual salary that 1 in 3 VA Compensation and Pension doctors do not know of the connections between the following conditions in Veterans:

In fact the majority of VA Compensation Sleep Apnea exams I see coming out of the VA still talk more about the Veteran’s weight and neck size than any other REAL medical or physical factor causing sleep apnea.

#3: There is a Disconnect Between what Medicine tells us about Sleep Apnea and VA Rater understanding of Sleep Apnea.

In a recent claim where we were seeking VA compensation for Sleep Apnea, the DRO actually said this to me: “Sleep Apnea is a disease of fat people – and your client was not fat when he was in the Marines.”

I look at comments like these as an opportunity to educate people that sleep apnea is not a scam.

There are 3 types of sleep apnea that have very different causes – almost none of which have to do with obesity.

The connections between PTSD and Sleep Apnea, Sleep Apnea and Traumatic Brain Injury, combat injuries to the airways and Sleep Apnea … and more… are becoming increasingly clear in the medical and legal fields.

Put it to Rest! Your VA Sleep Apnea Claim.

In my book, I teach Veterans the following:

* There are 4 patterns that arise in VA Sleep Apnea claims.

* How to avoid the most common mistakes Veterans make when seeking VA Compensation for Sleep Apnea.

* What proof and evidence Veterans need to show that sleep apnea is related to their military service.

Start learning how to prove your VA Sleep Apnea claim by purchasing a copy of my ebook here.

Not ready to buy a book?

That’s okay – check out the free sample of Chapter 1 of the book to see how much information I pack into this 165+ page guide to VA Sleep apnea claims.

Hundreds of Veterans have used this book to improve their VA Sleep apnea claim – read what one Veteran said about the book on Facebook:

Sleep Apnea is a very real problem that plagues the Veteran’s community – sleep disturbances as a whole are a Hurricane headed straight for the Veteran’s Community.

If you are suffering from Sleep Apnea – whether you have a military sleep apnea diagnosis or a diagnosis years after military service – there are 3 things that I recommend that you do:

2) File a VA Sleep Apnea claim at your nearest Regional Office. Then  learn what you need to prove to win your VA Sleep apnea claim by following the Veterans Law Blog and reading my VA Sleep Apnea eBook.

3) When it Gets to Be “Too Much”…request a consultation from a VA Accredited attorney at a law firm that focuses on Sleep Apnea claims and appeals.