Veterans’ Court sees potential crime against Veteran in the VA Fiduciary Program – and does NOTHING! 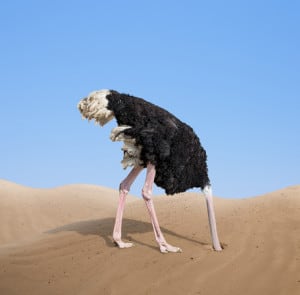 Remember the recent Spider Man movie, the one where a young Peter Parker witnesses a robbery and does nothing to stop it?

Here’s the scene if you don’t remember.

The famous line: “I missed the part where that’s my problem” is kind of what we saw in a recent Veterans Court decision involving the VA Fiduciary Program.

1.  One that stands in a special relation of trust, confidence, or responsibility in certain obligations to others.
2. Syn. Frauduciary: a fiduciary appointed by the Dept. of Veterans Affairs to (mis)manage a Veteran’s money.

I’ve written before about the VA’s Fidiciary Program, and the rampant abuse of Veterans, theft of their money, fraud, and criminal malfeasance that occurs in this VA Program.

Well, it is now official – no branch of the US Government has any desire to stop these problems.

The Executive Branch has done nothing since this horrific program was instituted 30-40 years ago.

Read the May 2014 OIG Audit of the Eastern Fiduciary Hub – it’s HORRIFYING what the VA allows these crooks to do with Veteran’s money.

Even the “pro-Veteran” legislators in the US House and Senate have  shown that they don’t plan to do anything to fix the VA Fiduciary program.

And now, with the opinion of the Court of Appeals for Veterans Claims, the Judicial Branch weighs in on its lack of power to fix the problems.

What is the VA’s Fiduciary Program?

Here’s what the law says: if the VA determines that you are mentally incompetent to manage your own finances, it will appoint a “Fiduciary” to handle the Veterans Disability Compensation Payments.

The VA Fiduciary is paid a percentage of your disability compensation benefits to manage this money for you – so you don’t spend it on, you know, the things you need to live.

Here’s how the VA Fiduciary Program works in reality.

The VA, based on an elaborate scheme that opens the door for kickback opportunities, appoints a Fiduciary of its own choice.  Some of these Fiduciaries are convicted criminals, drug abusers, embezzlers – basically crooks.

Yeah, I’m sure there are a couple good ones, but many of them are hucksters and snake-oil salesmen, preying on Veterans to make a few bucks.

After being appointed, your money becomes their money: the VA doesn’t investigate anything and the Vet is essentially pick-pocketed – all with a “wink and a nod” from the VA.

Take the case of Mr. Mimms, a Vietnam Combat Veteran.

Here’s what his “Fiduciary” (allegedly) did to him over a 13+ year period (my attorneys tell me I have to say “allegedly”):

What was the VA’s response to the (alleged) thievery of a Vietnam Veteran?

How did the Court respond to these horrific shenanigans?

So, the Veteran’s attorney goes to the Court of Appeals for Veterans Claims asking for one tiny little thing for the Veteran: a Court Order directing the VA Regional Office to issue a decision determining whether or not he is competent to manage his own money – if the VA decides this, he gets control of his money again.

[The Veteran asked the Court for some additional relief on top of this:  an investigation into his multiple Fiduciaries’ actions and an Order compelling the VA to return the money misused by the Fiduciaries.]

Reading its decision, the Court stated that it was “troubled” by the VA Fiduciary Program, saying:

“A brief review of the background information recorded by the Court above reveals a history of relationships between the petitioner, his [Fiduciary], and VA officials that have been generally dysfunctional and often poisonous….The Court’s concern about VA’s [Fiduciary] system extends to the agency’s ability to thoroughly and impartially investigate misuse allegations raised by incompetent veterans. The Court is particularly troubled that, despite the Secretary’s assertions, there is little evidence that VA thoroughly considered the multitude of circumstantial evidence indicating serious abnormalities and perhaps criminal malfeasance in the relationship between the petitioner and the [alleged crack-snorting, money-stealing Fiduciary]”.

* Words that appear in brackets like these [  ] are my words, not the Court’s.

Having said all that, the Court did …. drum roll… absolutely nothing.  Here’s what they said:

“The Court’s suspicions and concerns, however, are not adequate reasons to grant extraordinary relief.”

Now that’s what I call “Troubling”.