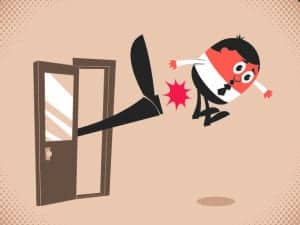 Have you heard this scenario?

A Veteran goes in to a VA Medical Center or hospital for treatment.

For whatever reason, the VA either refuses treatment, or partially treats and releases the Veteran.

The Veteran is then “discharged” from the VA hospital or medical center, sometimes against his or her wishes.

Often times with sub-standard treatment – as is alleged to be the case with this Veteran who allegedly was discharged with enough pills to kill himself by overdose and insufficient treatment for his condition.

(The Tomah VA facility is plagued with charges that are shocking charges for a hospital – like this Tomah worker who allegedly sexually assaulted multiple vulnerable Veteran patients before being caught.)

Sometimes, the VA just releases them on the street or to a homeless shelter (like this Vet in Los Angeles alleged in 2011).

Other times, they send them home.

Other times, they put ’em on a bus and send them somewhere.

This practice is called “patient dumping” – and is illegal an unethical in every country, state and municipality that I am aware of.

In some situations, an astute family member stops the “dumping” and gets the Veteran better private treatment – like this Veteran that the VA wanted to release as “fine” despite the fact that he allegedly needed open heart surgery.

In other situations, the Veteran has nobody, and dies in a cab after being refused care.

Over the last decade, I am hearing more and more stories of VA Patient Dumping, and it’s time to bring the practice – if it is in fact occurring – into the light of day.

I am increasingly of the mind that the Veteran’s biggest Ally is television media.

The VA rarely acts until their dirty laundry is aired publicly and visibly.

So, the Veterans Law Blog will be working with News Producers and Investigative Journalists to identify and investigate possible instances of VA Patient Dumping.

If you, or someone you know, is the victim (or allegedly the victim) of this practice, please fill out the form below.

You will not get legal advice – we are not trying to connect you to an attorney.

Your story may be forwarded to a member of the media who may contact you to investigate further.