The Easiest Way to Get Your VA TDIU Claim denied. 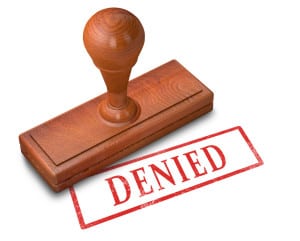 If you’re clicked on this based on the headline, you already know what VA TDIU is.

For those that don’t, though, here is a real general explanation.

A VA TDIU claim is a request that the VA assign you a total rating of 100% – even if your schedule ratings are less than 100% – because your service connected condition(s) precent you from getting work.

Used to be that the VA considered “free-standing” claims for VA TDIU – it was  a discrete “type of claim” in and of itself.  But, the VA bureaucracy likes to treat Veterans like God treated man at the Tower of Babel – just when we get close to figuring out our claim, they change up the language so nobody understands.

Now, the VA treats TDIU as a “Claim for Increase” in the condition – or conditions – that the Veteran contends are causing him/her to be unemployable.

Anyway, there are 2 types of TDIU claims – schedular and extra-schedular.  Here’s a more detailed description of those types of TDIU.

The Easiest Way to Get Your VA TDIU Claim Denied.

Here it is, in a nutshell – if you don’t file VA TDIU Form 21-8940 the VA will administratively deny your VA TDIU claim.

Recently, I had the chance to look at a Vietnam-era Veteran’s Claims File.

He served at several bases in Thailand during the Vietnam War, and was claiming 2 things: service connection of his heart problems due to exposure to Agent Orange, and TDIU based on those heart problems.

The file pretty much had what the Veteran needed to prove service-connection, and I told the Veteran the evidence he needed to supply to get the VA to decide that issue – hopefully – in his favor.

But the VA had already denied the TDIU Claim.

Of course, the great irony here is that the VA quite often ignores VA TDIU claims even when a Veteran has filed the form.

In my opinion, the whole purpose of this ‘new’ requirement of filing a VA TDIU form is so that the agency can cleanse it corporate conscience and blame the Veteran for its failure to consider what is often an inferred claim.

Where to Learn More about VA TDIU Claims.

I get many of the same questions from Veterans like yourself about VA TDIU claims.  Here are some of the most common questions I receive:

* What happens if I have more than one medical condition causing me to be unemployable ?

* Or multiple service-connected conditions collectively prevent me from engaging in substantially gainful activity?   (Block 7 of VA TDIU Form 21-8940 is only big enough to list one medical condition).

* Can I work while claiming VA TDIU?

I answer all of these questions in my Veterans Law VA TDIU Field Manual. I’ve packed TONS of information to educate you about VA TDIU claims into the 14 Chapters and 115 pages of this Guidebook.

Click here to learn more about what is in this Veterans Law Guidebook – and how to get a copy of it individually or as part of one of our Guidebook Packages.