A Blueprint for Success: 2 GREAT lessons about VA Disability Claim Evidence from the Veterans Court. 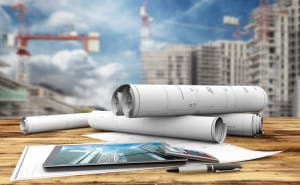 I look at a LOT of court cases as I prepare my writing on the Veterans Law Blog.

On the blog, I  want to HAMMER HOME the point that Veterans Court – and other court – opinions are  blueprints to improving your VA Claim.

Here’s some of the more popular posts about case law that have appeared on the Veterans Law Blog:

* Show how important it is to get your C-File now,

* Give us 6 ways to challenge an inadequate Compensation and Pension Examination,

* The 10 Cases that Every Veteran Should Know.

* How Court Decisions can affect a Veteran’s medical treatment options.

In this post, I want to talk to you about another non-precedential Veterans Court Case: Sewell v. Shinseki, CAVC Cause No. 13-1998 (May 13, 2014). Judge Lance wrote the opinion.

Folks, this case is a non-precedential single judge opinion, so you cannot use it as “precedent” – but it does teach us 2 Ways to Improve the Evidence in a VA Claim or Appeal.

General Facts and Issues in the Sewell Case.

The facts of this case are relatively straightforward.

In May 2013, the BVA issued a decision saying the VA was right to deny a higher rating.

The problem was – as Judge Lance explains very well in his decision –  the BVA never did a proper assessment of some of the evidence in the record.

We’ve talked about this before on the Veterans Law Blog:

The first thing that the BVA must determine is whether lay evidence is Competent – meaning the person who is “offering” the evidence or testimony has the necessary knowledge or skill to offer the particular fact.

(Lay persons are not competent, for instance, to testify that an X-Ray shows evidence of arthritis. Likewise, a medical doctor probably isn’t competent to testify as to the blast radius of an IED in Kandahar – unless the doc witnessed it).

Only AFTER determining whether the VA Disability Claim evidence is Competent can the BVA assess whether it is credible.

So, the Court of Appeals for Veterans Claims kicked it back to the BVA  – to take another stab at the case – hopefully the BVA got it right the second time around.

[Editorial Note:  The Veterans Court did not likely mean its decision as a “lesson” – its the Judge’s decision based on the facts and law of the case.  But I am a firm believer that words mean things, and what we read in Veterans Court opinion can really help us to Improve our VA Claim Experience. To the savvy Veteran or Advocate, Court Opinions are like mini-lessons in how to improve your claim.]

I can hear you saying this now: “That’s a bunch of legal mumbo-jumbo, Chris, what are you talking about?”

Here’s what I really mean:  while the Board MUST address legal questions reasonably raised by the record, the Veterans Court can not address factual challenges (unless the Board’s weighing of the facts was clearly erroneous – a rare thing in the law).

So when you are preparing your claim, make sure that you get as much Lay and Medical Evidence into the record as possible.  Don’t just use your own lay testimony.

Use Sworn Declarations from every lay witness you can find that has observed the symptoms and limitations of your medical condition.

Your whole purpose while at the BVA is to convince the BVA Judge to give WEIGHT to your evidence – you do this using 5 Star Evidence.

The 5 Stars of Evidence (don’t tell a Court that phrase, they won’t know what you are talking about.  It’s an Attig-ism, not a rule of law) are this:

At the BVA, use your time leading up to – and at – the hearing to add “stars” to your evidence.  I teach more about what this means in my Veterans Law Guidebook: The “Secret” to a VA Disability Claim: 5 Star Evidence”

At the CAVC, you have a much different fight: you have to argue that there is a legal error in the Board’s decision.

If I published a list of “Rules” for VA Claims, this would be one:  Argue evidence to the BVA. Argue Law to the Veterans Court.

The 2 most common errors I’ve seen related to evidence are failing to make the proper (legal) determination as to the Competency of Evidence and failing to provide adequate reasons and bases for the Board’s determination of the credibility of the evidence.

Evidence is hard stuff, folks.  But here it is in a nutshell:

Lesson 2: The Veterans Court gives us a clue as to what is “good”  lay evidence.

The decision doesn’t lay out HOW the lay evidence was introduced into the record – its not clear whether it was introduced using a Sworn Declaration, unsworn statement, notarized affidavit, BVA Hearing testimony, or recorded in a contemporaneous medical record.

But it does give us a clue as to the substance that it needs to see in lay evidence.

This Veteran included a lay statement to the effect that he suffered  “a lot of difficulty with [his] right knee such as locking up, tenderness[,] and it gives out a lot.”

Why is that one sentence so valuable as lay evidence?

Because it talks about a limitation (or arguably a symptom) that the Veteran suffered as a result of his medical condition.

That’s a material and relevant issue, too: when evaluating arthritis of the knee, the rater must consider 3 different facets of the condition.

That’s what you need to load your VA Claims Evidence rifle with – a lot of competent lay evidence of the observable symptoms and limitations of your medical condition.

That’s the magic bullet that the Sewell case gives us.