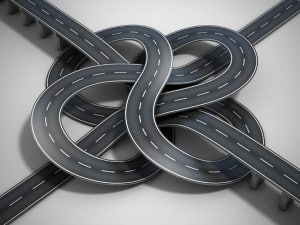 (Annual Members of the Veterans Law Blog get Premium Content that other members don’t get – if you are an Annual Member, click here to a FREE basic template for the letter referenced in this post).

You have heard about the Black Hole of BVA Remands, right?

You’ve heard how the BVA remands cases back to the Regional Office or the Appeals Management Center (AMC) – or the CAVC remands a case to the BVA, who then remands it to the VA Regional Office…..where they languish for monthhttps://www.veteranslawblog.org/writ-of-mandamus-in-va-claims/s….often years.

My law firm – Attig | Steel, PLLC  –  just helped a client get a BVA hearing on an issue that the BVA first remanded in 2009.  6 years!  This is, however, not the longest time that a case has waited for VARO action on remand.

What you may NOT have heard is that extensive delay in the VA Remand Process is contrary to VA Benefits law.

What you may NOT have heard that in some cases you can FORCE the VA’s hand on a remanded claim.

In today’s post, I’m going to walk you through some basic VA Benefits law that tells Veterans how the VA should be expediting their Remanded appeals.

And for those of you that are Annual Blog Members, I’m going to give you 3 Word Doc templates that you can use in your remanded claim.

What the Law Says About an Expedited VA Remand Process.

Fed up with the VBA’s continued petulance in dealing with Veterans claims and appeals, Congress passed the Veterans Benefits Improvement Act.

While this Act contained a LOT of changes/reform to the VA Benefits Claims procedure, one key component was the text of 38 USC §5109B:

The CAVC remanded the Veterans appeal in 1999…by 2001, the remanded appeal had been partially granted, the Veteran had filed a NOD, the VA issued a Statement of Case, and the Veteran responded with a VA Form 9 and a Motion to Advance his hearing on the BVA Docket, in light of the clear verbiage in 38 USC §5109B that the VA and BVA SHALL take the necessary action to expedite claims on remand.

The Court of Appeals for Veterans Claims was troubled by the Secretary’s arguments – dimes to dollars, though, that the Secretary had no idea that the VA OGC argument was being advanced in his name.

Here’s what the Court said:

“The Court finds particularly troublesome the Secretary’s approach to the issue of expediting these kinds of meritorious cases because….he fails even to attempt to reconcile his interpretation of VBIA § 302 with the Supreme Court’s mandate that “interpretive doubt is to be resolved in the veteran’s favor”.

“The Court has  difficulty accepting that there is no room for doubt as to the applicability of [38 USC §5109B] to the appeal at issue here.”

” Equally troubling is the Secretary’s failure to reconcile his narrow reading of the quintessentially pro-claimant [38 USC §5109B]  with the plethora of recent cases from the Federal Circuit that stress the pro-claimant nature of the VA adjudication system.”

The Court was upset, as you can see.

Although, I suspect that the Court has, after all these years of seeing bad arguments by the VA Office of General Counsel, worn out the word “troubled” and “troubling”; it might be time to “up the tone of discord”…perhaps the Court might express sadness, or some other mild rebuke.

Regardless, since that day, Vargas-Gonzales has (in practice, if not in Court)  come to stand for the proposition that the VARO and the BVA must expedite any claims/appeals that are subject to a CAVC or BVA Remand in the VA Remand Process.

Tying up all the loose ends in the Vargas-Gonzalez story…..just 3 years after the CAVC chastised the attorney’s arguments in that case, the VA Office of General Counsel attorney that argued the case (Michael R. Smalls) was convicted of a crime in Federal Court and was disbarred from practice before the CAVC.  If I have the right Michael R. Smalls, it appears that he was convicted of involuntary manslaughter – the New York Bar compared the conviction to Vehicular manslaughter.  Mr. Smalls was sentenced to 3 years in jail, fined $60,000 and disbarred (removed from the practice of law).

How Does that Help a Veteran get an Expedited Decision on Remand?

Well, unfortunately, in many cases, the Veteran or Survivor has to bark really loud to get the VARO and BVA attention to the requirement that they expedite claims/appeals that are subject to in the VA Remand Process.

And EVERY branch owns a piece of this continued failure to follow the law:

Congress – the Legislative Branch – has refused to clearly define a specific timeline that the VARO and BVA has to comply with a CAVC or BVA Remand.

The CAVC – arguably, the Judicial Branch* – has refused to define whether 1, 2, 5, or 10 years on remand is long enough to be non-expeditious.

The VA and the BVA – the Executive Branch – continue to point fingers at each other for creating the backlog, instead of getting down to brass-tacks and policing themselves with specific Expeditious Remand Timelines.

When all 3 (ish) branches of government fail the Veteran, it is time for the Veteran to take  matters in their own hands.

These steps apply REGARDLESS whether your Remand is from the BVA or the CAVC.

And, in the interest of full disclosure, there is no clear cut rule of law that says that the relief provided by Vargas-Gonzales applies to appeals on the way back up to the BVA after a Remand Decision.

While that is the exact scenario presented in the Vargas-Gonzales rule, a former employee of the VA indicated that the VA OGC’s internal  position is that Vargas-Gonzales only applies on the way back down after a Remand…not on appeal of any Remand that was not properly granted.

Send a letter to the BVA or VARO (whichever is appropriate) approximately 30 days after the Remand Order, reminding the VA and/or BVA of its Vargas-Gonzales obligations. Continue sending the letter every 30 days, noting in that letter any action that is required but that the VA did not take.

Once the VA takes the appropriate action at each phase of the remand, continue sending the letter to  demand the next step in the Remand process.

Here are the sequence of steps that the BVA and VA Regional office should follow in the VA Remand Process:

b) BVA adjudicates, develops at the AMC, or remands to the VA Regional Office for development and decision.

f) VA Issues Statement of the Case (SOC)…and, if requested, must provide a DRO Conference or Hearing prior to issuance of the SOC.

i) Veteran files a Motion to Advance their Appeal on the BVA Docket.

j) BVA schedules hearing, or issues decision “on the record” if no hearing was requested, after complying with the BVA’s Duty to Assist.

The idea of sending this letter out every 30 days to force the VA to act and take the next action on the list above is to “paper the record” for a Petition for Writ of Mandamus.

However, every once in a while you get a VARO employee that sees the Vargas-Gonzales reference, and knows and understands the law and the correct actions to take in the VA Remand Process, and takes prompt action to get the Remanded Appeal resolved.

In light of recent Supreme Court rulings on the jurisdiction of non-Article III courts, I’m not even sure that the Veterans Court has  constitutional authority to decide such writs (an issue the Veterans Law Blog will tackle in the future).

(Annual Members of the Veterans Law Blog get Premium Content that other members don’t get – if you are an Annual Member, click here to a FREE basic template for the letter).

* The Court of Appeals for Veterans Claims was created by Act of Legislature – i.e., it is a non-Article III Court.  Article III of the US Constitution outlines the breadth of the authority of the Judiciary Branch.  Lacking some basic constitutional authority to rule on certain matters reserved to the Judicial Branch, it is hard to argue that the CAVC is anything different from the Bankruptcy Courts and Tax Courts – legislative courts.