The Black Hole of BVA Remands – The Silent Denial. 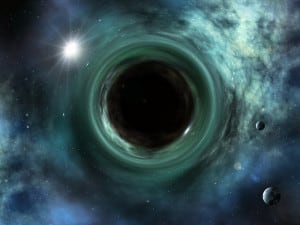 Ever wondered why your BVA remands seem to disappear into a Black Hole?

There are many reasons, but here’s a big reason that over 5,000 BVA remands a year disappear.

It starts with a BVA decision that grants service connection, but fails to make a decision on effective dates or impairment ratings, and THEN fails to remand or refer those issues back to the Regional Office.

How do they happen? Are they lawful?  And most important, what can you do about them?

The Story of the Black Hole of BVA Silent Denials.

So the BVA has authority to do 3 things – and 3 things only – when it decides an appeal.

The first thing that the Board can do issue a  “Remand” order.  This is what the BVA is supposed to do when it believes that it does not have all the facts to decide the issues before it.  The M21-1MR contains specific rules that the VA Regional Office (or the Appeals Management Center, the “AMC”) are supposed to follow to fulfill to develop the claim and return it to the BVA for adjudication.

This process includes developing the record as directed by the BVA, issuing a Supplemental Statement of the Case (SSOC) and returning the appeal to the BVA for adjudication.

The second thing that the Board can do is “Refer” a case back to the Regional Office.  This is what the BVA is supposed to do when it believes it does not have jurisdiction to decide a claim – most commonly, in the case of CUE claims (CUE Claims are claims by a Veteran to revise a previous final VA Ratings Decision due to Clear and Unmistakeable Error).   Again, the VA’s manual for processing claims – the M21-1MR – contains clear instructions on the steps that the RO is to follow.

The third thing that the BVA can do is adjudicate the appeal – either grant or deny the relief that is sought by the Veteran.

There is no statutory authority for the BVA to do anything other than those 3 actions: Refer, Remand, or Adjudicate

* It is silent on the issues of Impairment Ratings and Effective Dates – 2 of the 4 pillars of EVERY VA claim for service connection.

* It includes NO order to the VARO remanding those issues for lack of evidence.

* It includes NO referral order saying it doesn’t have jurisdiction over these issues.

* It utterly fails to adjudicate the 2 elements of an appeal that is squarely before it.

And the VA Regional Offices have NO procedure for handling these types of “Silent Denials”.

In my opinion, no – BVA Silent Denials are not lawful actions by the Board.

As mentioned above, the BVA has authority to take 3 actions, and 3 actions only: Remand, Refer, or Adjudicate.  They have no authority to ignore elements of an appeal.

Now, the BVA – and VA OGC attorneys at the Court – will tell you that this is the way it has always been done.  And they are right, to an extent – this practice has been going on for a long time.  But so were a lot of things we know to be unlawful.

The BVA will also tell you that it doesn’t have “jurisdiction” to decide what it calls “downstream issues” until they are specifically appealed by the Veteran.  That is not true – we have known this since at least 2006, when the Veterans Court said, in the Jarrell case:

So if the Board has jurisdiction over your appeal in an original service connection claim – meaning you filed a timely Notice of Disagreement, and timely filed your VA Form 9 – it has jurisdiction to decide all 4 elements – what I call the 4 Pillars – of a VA Claim: Eligibility, Service Connection, Impairment Rating and Effective Date.

And if the Board truly believes that it does  NOT have jurisdiction, why then would it not issue a Referral Order?

The simple fact is, in the opinion of this Veterans Benefits attorney, that “Silent Denials” are unlawful.

What Can You Do if your BVA Remands Fit the Description of a “Silent Denial”?

Well, you have a few options – options that are not all that great.

From the outset I STRONGLY recommend that if you have what I call a “Silent Denial” from the BVA (a grant of service connection, with no referral, remand or adjudication of your effective date and impairment rating) you should seek immediate legal counsel from an accredited Veterans Benefits attorney.

Here are the options you have after a BVA Decision:

1) Sit and wait.  Some folks get lucky, and the VARO or AMC decides the impairment rating or effective date issue within 3-5 months.  Others aren’t so lucky.  But here’s the catch – if you go this route, and the VARO or AMC gets the rating or effective date wrong, you could get conflicting notice as to whether or not to appeal through a Notice of Disagreement (a whole NEW appeal to the BVA) or the Veterans Court.

2) File a Writ.  The downside of this option is that the Veterans Court is not all that keen on Writs.  They require an excessive amount of proof that the VA is not taking action as it should…I can count on one finger the number of writs I’ve seeen granted in the last 10 years. Not to mention the fact that there are some pretty specific elements you need to prove in a Writ claim – building the case for a Writ can be very, very hard work.

3) Request Reconsideration. You always have the option of requesting reconsideration of a BVA decision.  If you follow this option, be sure to remind the BVA of the Jarrell holding above – that by  granting service connection they  ripened the downstream elements of impairment rating and effective date.  And, be very careful with a reconsideration request to the Board that you dn’t miss any other appeal deadlines – the request for reconsideration does not, for example, toll your deadline to appeal to the Veterans Court.

4) File a CAVC Appeal.  The upside of this is that by doing so, Veterans start to make the court aware of the real problem that exists in these BVA Silent Denial decisions. The downside is that it is not yet clear whether the Court has jurisdiction over such a BVA Decision.  I suspect the CAVC will think it does not, but I wonder if the Federal Circuit Court of Appeals would agree?

To try to proactively prevent this kind of decision, we have started including language in our NODs to direct the BVA to adjudicate  the impairment rating and effective date elements, or issue a Remand Order directing the VA to specifically develop the facts in those elements, so that there is recourse for the Veteran when the VARO fails to follow the remand order.