There’s this old children’s game – musical chairs, you may remember it.

Someone plays music, and the participants run in circles around several chairs.  When the music stops, everyone has to grab a chair and sit.

The catch is that there is always one less chair than there are players in the game.  The person that doesn’t get a chair is out of the game.

This game is what seems to happen in the ongoing saga of Agent Orange.

Every time the VA moves to help soldiers, sailors and airmen exposed to Agent Orange, they take a chair away from another group.

Then it was the Veterans that served on a Royal Thai Airbase – or Laos or Cambodia – in the Vietnam War.

The VA conceded that these bases were doused with Agent Orange – but took away the “chair” from any Vet that didn’t go up and touch the fence on the perimeter.

Then it was the Korean DMZ Veterans during the Vietnam War – the VA conceded that we soaked the DMZ with the poison known as Agent Orange.

And despite the fact that the effects of this poison last for decades – and affects generations of soldiers and their families –  the VA took away the “chair” from Korean DMZ Veterans that didn’t officially serve in particular units at particular times.

The Federal Courts – well, at least all the Article I Constitutional Courts – are taking notice.

Read the scathing criticism from the Federal Judges on the 9th U.S. Circuit Court of Appeals in a case where the VA was trying to take the “chair” away from Veterans whose Agent Orange exposure resulted in Chronic Lymphocytic Leukemia (CLL) :

“What is difficult … to comprehend is why the Department of Veterans Affairs, having entered into a settlement agreement and agreed to a consent order [in 1991], continues to resist its implementation so vigorously, as well as to resist equally vigorously the payment of desperately needed benefits to … veterans who fought for their country and suffered grievous injury as a result of our government’s own conduct.” Nehmer v. VA, 494 F.3d 846, 864-865 (9th Cir. Cal. 2007)”

Well, it’s happened again – this time, those soldiers that served on a C-123 that sprayed or delivered the Agent Orange.

Agent Orange Residue in C-123s Cause a Lifetime of Medical Problems.

On January 9, 2015, the Institute of Medicine released a report called the “Post-Vietnam Dioxin Exposure in Agent Orange-Contaminated C-123 Aircraft”.

That report acknowledged that during the Vietnam War, the U.S. Air Force used C-123 aircraft to spray Agent Orange to clear jungles that provided enemy cover in Vietnam.

It acknowledged that at the end of the spraying campaign in 1971, the remaining C-123 planes were reassigned to reserve units in the U.S. for routine cargo and medical evacuation missions spanning the next 10 years.

A few dogged and persistent Veterans have been battling for the VA to provide compensation benefits and medical health care for the Veterans – mostly reservists – and their survivors and children for the life-long medical problems (and deaths) that have resulted from this exposure.

It seemed that they were close – really close – to getting compensation and care for the medical effects of dousing other humans with this deadly poison.

In April 2015, a bunch of white-shirt lawyers at the VA decided to take away the “chair”.

I haven’t seen a copy of the VA General Counsel letter, but here is what one news-source quoted the report as saying:

The response of the VA bureaucrats reminded me of the French Taunter on top of the Castle in the famous movie, “The Holy Grail”

What Can Reservists Exposed to Agent Orange in a C-123 Do About This?

Last week, I had a good chat with my friend Jim Vale about this situation.

Jim Vale is the Director of Veterans Benefits Programs at the Vietnam Veterans Association (VVA) – the ONLY organization chartered by Congress to work exclusively for the benefit of Vietnam-era veterans and their families. 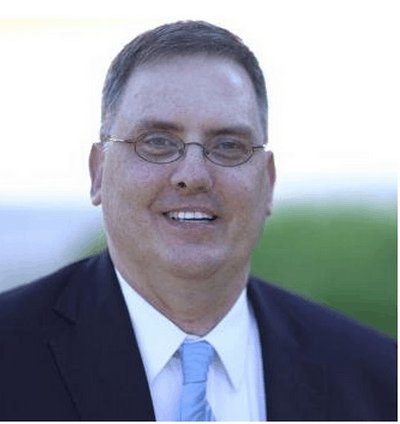 Here’s what I like about Jim – he doesn’t mince words.  He’s a candid, call-it-like-I-see-it kind of guy.  He’s got little time or tolerance for nonsense and he doesn’t hesitate to point out the problems in the VA.

An all around great guy – doing God’s work for a generation of Veterans that the VA wants to leave out in the cold.

Here’s what I learned from Jim:

VVA is exploring a lawsuit to go after the VA on this issue.

His organization wants to talk to Veterans – and the Surviving Spouses and Disabled children of Veterans – whose lives were destroyed after being intentionally exposed to poisonous residue by the US military.

The VA’s action is “unconscionable”, Jim told me.  He was visibly angry, but as a true professional, masked his emotions with a cogent discussion WHY.

The analogy I would make is this: to say that men and women that wore the uniform – albeit in the Reserves – are not “Veterans” is like saying that Walmart ketchup isn’t really ketchup because it doesn’t say “Heinz” on it.

If you served in the Reserves or the Air National Guard on a C-123 that you believe might have been contaminated by Agent Orange residue, or if you have all of the medical conditions that Veterans exposed to Agent Orange and your service included working on C-123s, I want you to reach out to the VVA.

They are exploring a lawsuit against the VA and want to talk to you.   Here’s how to reach them:

My Thoughts on the VVA.

By the way, the VVA is earning top marks for credibility in Congress.  And they have earned high marks from the Veterans Law Blog, too, for having the Courage to Speak Truth to Power.

One former Congressional Representative said this about VVA’s work:

“It’s not the leadership of the American Legion or VFW or DAV that come to our office to discuss issues and matters of disagreement [about the VA treatment of Vietnam Veterans]….it was John Rowan and Rick Weidman [of the VVA]….for that I am profoundly grateful.”

Back them and stand with them.

Only with their advocacy will we get the VA, the BVA, and the Veterans Court to stop playing Musical Chairs when it comes to Vietnam Veterans and Agent Orange.